I'm going to be pulling random books out of my massive "unread" collection, so what shows up here is going to be very much catch-as-catch-can.

Okay, I've just finished Book #1, which is "The Jupiter Myth" by Lindsey Davis. It's a murder mystery set in ancient Rome (although this book is set in the Roman empire's colony of Londinium ....) It's part of a series which currently has 21 books in it.

QUESTION: Can I count a book in this challenge if it's one I have already read, but I'm re-reading it?

BookWyrm wrote: "Okay, I've just finished Book #1, which is "The Jupiter Myth" by Lindsey Davis. It's a murder mystery set in ancient Rome (although this book is set in the Roman empire's colony of Londinium ....) ..."

Congratulations on finishing your first book of the year :)

Ofcourse you can! Or let me rephrase that: it's YOUR challenge. You can do whatever you want :) I'm generally not a re-reader, but when it happens, I do count it towards my goal for the year.
Happy reading!

Thank you. :) I got a book for Christmas that I've read before ... in fact, I read it until it disintegrated! I'm going to re-read it as my second book for the 2020 Challenge.

Best of luck with your reading challenge, BookWyrm! :)

Thank you. :) I got a book for Christmas that I've read before ... in fact, I read it until it disintegrated! I'm going to re-read it as my second book for the 2020 Challenge."

Happy reading! What book was it?

Lisa
It was titled My Turn to Make the Tea by Monica Dickens (great-granddaughter of Charles Dickens) and it told of her (very brief, LOL) time at a small weekly newspaper somewhere in England. Other than the technology, it reminded me SO much of my time on a small weekly paper in Ontario!

And book #3 is The Divide by Elizabeth Kay. It's the first book in a fairly short (so far) YA series about a boy named Felix. In this book, Felix has a serious heart condition that will likely kill him in the very near future -- talk about a bleak start! He and his family are in Costa Rica where he wants to go to the Great Divide ... the continental divide that separates the watersheds that drain into the Pacific Ocean from those river systems that drain into the Atlantic Ocean. But while he's standing there, with one foot on one side and the other on the other side, he faints ... and wakes up in a totally different world, where elves and dragons are real, but humans (and elephants and whales and so on ...) are myth and legend. He needs the help of locals to get home ... and there may also be a cure here for his heart disease.

Question I tried to post a question in the "Questions for Mods" section, but it seems to only allow me to post a comment to other people's questions, not to post a new question. All help welcomed ...

The question, in case anybody has an answer, is this: On my home page, I see the 2020 Reading Challenge logo, but it still says I have completed zero books. How do I get it to update?

Never mind I think I figured it out. :)
Still don't know why I can't post a new question on the other thread, though.

That is very strange indeed! And it is only that particular thread? All others in the group are fine?

Ilona wrote: "That is very strange indeed! And it is only that particular thread? All others in the group are fine?"

I'm not posting in too many other threads ... mostly this one, and responding to posts in this thread. So that's a good question. I will have to try posting new posts in other threads and see what
happens.

Book #4 was Sisters of Cain, by Miriam Grace Monfredo. It's about two sisters during the U.S. Civil War. Bronwen Llyr is an undercover agent for a new special intelligence force of the Treasury. This includes occasionally disguising herself as a man, and at one point she has to cut and dye her hair (she and her sister both have flame-red hair). Her sister, Kathryn, is taking the unprecedented (and socially horrifying) step of becoming ... a nurse. With the Union Army, just to make it worse.

Monfredo includes many historical characters in her book, and I admittedly had a problem at times remembering who was on which side (with the exception, of course, of President Abraham Lincoln). I had the same problem with the names of the newly produced "ironside" ships, the Monitor and Merrimack.

This is the first book of a trilogy; the other two are Brothers of Cain (2001) and Children of Cain (2002). Monfredo has also written a series set in Seneca Falls; that series has half a dozen books.

Book #5 was Kira-Kira by Cynthia Kadohata. "Kira-Kira" is Japanese and means "glittering".

This would probably be classified as a YA book. The narrator is the younger sister, Katie (the older sister is Lynn). Katie tells the story of the family's move from small-town Iowa to a small town in Georgia. Their father had started a grocery story in Iowa but it did not prosper, since there were few, if any, other Japanese families nearby. The small Georgia town where they settle has a few dozen other Japanese families, including their uncle (their father's brother) and aunt and cousins.

It's a surprisingly gripping book. Even though much of it is given over to day-by-day life, Kadohata has a real knack for writing about day-to-day life in a way that keeps the reader's attention. The casual prejudice of the deep South is mentioned only in passing, as part of the general landscape in the eyes of a child (signs reading "No blacks" and at one point, Katie's family, stopping at a motel for the night, are mistaken for Native Americans and told they can only rent the cabins at the rear of the property ... and they are slightly more expensive). Their uncle has studied to be a land surveyor, but their aunt tells Katie at one point, "Honey, nobody in Georgia will hire a Japanese land surveyor." But the aunt also assures Katie that times are changing and the same will not apply to her or her cousins.

The parents get a job in a local chicken processing plant, and eventually get a mortgage and buy a small house. A third child, a son, is born.

And then Lynn becomes ill. She has periods where she is so exhausted she can't go to school. These times come and go, but each instance drags her down further, and she finds it harder to recuperate.

Katie is told initially that Lynn has anemia.

Then she finds out that in fact, Lynn has lymphoma.

By this point, their parents are working almost without cessation (sometimes sleeping at the plant) in order to try to cover the mortgage and Lynn's medical bills.

I won't give away the ending. I'll just say that, despite the bleak intervals in the book, there is also a level of hope and optimism in it that shines through the rest of it. 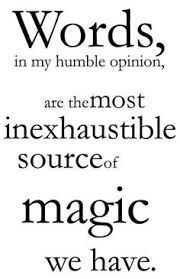