Affiliation: The Mage’s College of Winterhold, and Court Wizard to Solitude, and the Legion.

Rank: Court Wizard of Solitude, a very high position which earns her the highest regard and a place in many social events between highborns. At the college she is an adept mage, in the top tier, a teacher to many students. She also has rank as a royal of the one royal family from Little Rock, an influential family all through Tamriel. In the Legion she is a healer and a soldier with her magic.

Abilities/Powers: She has magical resistance and a great skill in magic. She has high abilities in healing (75) but her real power is destruction magic (100) and enchanting (100). However she isn’t good with anything other than magic. She can’t sneak, pickpocket, pick locks, or fight with weaponry, magic is her only fall back. She does know Alchemy (50) as well. 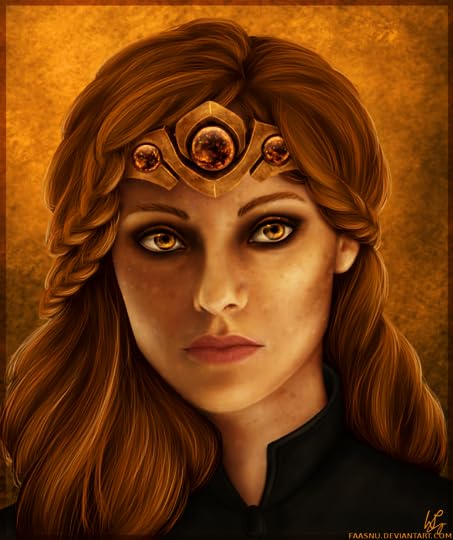 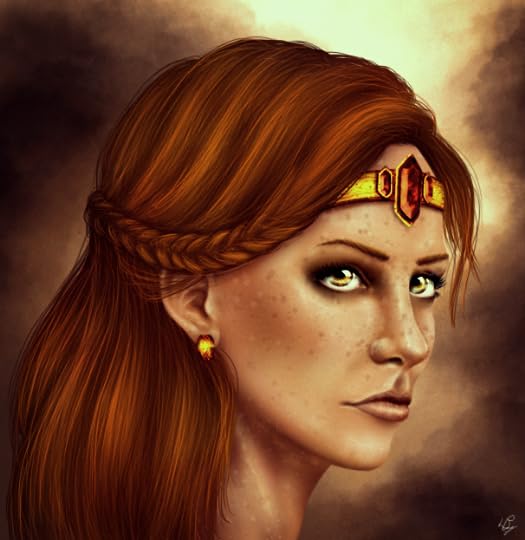 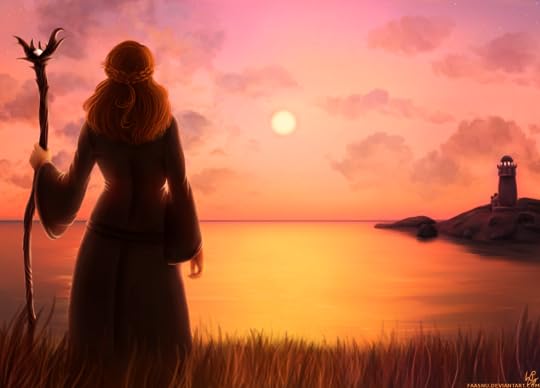 Description: Illysia is short at 5’4 but she carries herself well and makes herself taller in the eyes of other people. A slender body with C-cup breasts. She has tan skin with freckles all over her face, and usually wears dark makeup like skin tone lipstick and deep dark eyeshadow. She has shoulder length dark ginger hair that usually is loose with braids on either side pulled up and connected at the back. She has sharp eyebrows and beautiful bright yellow/orange eyes. She often is seen wearing jewelry, especially circlets, or fancy clothing, from her highborn status. She’s considered very beautiful. Often carrying a magic staff.

Personality: Illysia is a very mature, no nonsense person. She holds herself well, and is obsessed with her image and her status. Being a highborn will do that, and she’s just as much a bureaucrat as any other entitled person. She’s extremely intelligent, and her main focus is her magic and her studies. She is calm in the fire of chaos and keeps a level head at all times. However, she can be a bit OCD and panics at times when things don’t go her way. However she may act, she doesn’t consider herself above other people. In fact, when you know her, she’s very caring, good hearted, always willing to help. She is loyal and always there for those she loves, even if it costs her life. She may not be much of a physical fighter but her magic strengthens her and she will always defend others. She has a fierceness in her, a fire that can’t be put out, and she shows it every single day. She’s stubborn and has a sharp tongue, and she’s a hopeless romantic, too.

Strengths: Her Magic is a huge strength, but also her willpower, her fierce determination, and her willingness to give her life for others.

Weaknesses: A handsome man, a heavy armor tank character, and sailing across open waters. She gets seasick.

History: Illysia grew up in High Rock in a highborn family that was even smaller than the regular population of Bretons. She was always very magically in tuned, even as a little girl. Bubbly, happy, always showing off her magic. Her family was extremely proud and spoiled her extensively. She was the face of the Bretons of High Rock. When she was a teenager her family sent her to travel, to learn magic and learn the land. However, when she was sailing near Skyrim, there was a storm. Even her magic couldn’t stop it, and her boat went under. She nearly drowned, and a man pulled her out of the water, saved her life. She never learned his name. She ended up in Winterhold, where she found the college. For years she trained there, rising the ranks, hating the cold. Then she traveled Skyrim, until she came upon Solitude. She loved the warmth, so rare in this cold land. And she got a feeling of melancholy when looking over the ocean. Ever since almost drowning, she’d grown afraid of the sea. So she stayed in Skyrim, mailed letters to her family with excuses of studying at the college, and when she gained the role of court wizard to Solitude, she had even more reason. She’s carved out a home in Skyrim, out of fear of sailing back to High Rock. She also dislikes going to Markarth, because of the bad reputation Breton savages known as the Forsworn have. She joined the Imperial Legion because she is an orderly person who believes in the government, and she knows they had to make good with the Thalmer to save many lives. She would have made the same choice, so she fights and heals for them. Other than that, her life is basic. She has a home in Solitude and a room at the College of Winterhold, and she travels by horse between the two cities when she must.

Relationships: She’s had a few suitors, but nothing serious.