:) Hello so this will be based off of Percy Jackson? I can try to think of a good plot. It's been my addiction so far.

The characters can be short bio. I'll post random plots that you can choose one out of all:)

Plot A: Lovers that lived in Camp Halfblood.. The boy betrays his girl leaving to Kronos's side. The girl stays in camp half blood....... Four years later. The girl is sent on a quest with a team to destroy Kronos plans. He finds out about her going on this dangerous mission and wants to stop her he still loves her but she seems not to love him anymore. He gets angered and decides to kidnap her during her quest when her team is out and about and she is alone in their hideout. He brings her to safety and she struggles not remembering him. So he acts like a cruel kidnapper for a few days then slowly becomes nicer trying to make her fall in love with him again. Even with her tied up or gagged. He try's to make love with her and get her to know the feeling she had four years ago with him again...

Plot B: A demigod child of the big three is son or daughter of the President is taken by Kronos and a quest is sent out to save the child including hunters, and camp half blood kids.

Sounds good:) Don't worry we can add more characters so you don't have to be as harsh as that guy is described.

I mean if you want we can do one guy and one girl to be fair. I'm bad at playing a guy and I also prefer girl but I rather do both gender roles and be fair.

Yes if that's okay with you?

Okay. I'll make my girl and guy. I'll be the evil guy that is like the traitor so you don't have to be him.

Yes the other charries will be like friends and traitors. I'm going to start my bios now. 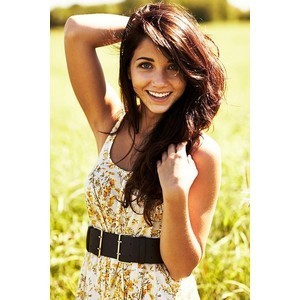 Face Claim: Emily Rudd
Personality: Sensitive, Sweet, Intelligent, Manipulative, Seductive, Quiet, Rude, Kind, Mysterious, and Secretive
History: Skylar was born in such an awful place her mother and step father attacked and hurt her growing up she learned how to fight. Learning about Demigods she never realized she could be a daughter of Ares. When she was with a group of her friends in elementary school and they were attacked by monsters. She didn't know the reason when her friend was killed she killed the monster, she was really upset about those things. She fought out her friend was a son of Hades and she couldn't stand it at all she ran to camp half blood she lived there since she was only seven and grew up there for a long time. Most campers thought she was a daughter of Aphrodite but when she fights and her temper reveals itself. She is known as a daughter of Ares.
Godly Parent: Ares
Other:

I don't think that I can rp with two charries, it seems too difficult. I'd rather be one...

We don't have too this is just how I prefer. It seems real difficult at first it's not.

Alright that's fine. It was just a suggestion. Are you sure?

Okay. So I'm going to delete my boy up there.

I'm editing my girl so she fits the main girl's profile better.

Thank you for telling me.