"A circus is home for people with broken dreams that cannot be mended."

"The past is something only the weak think of." 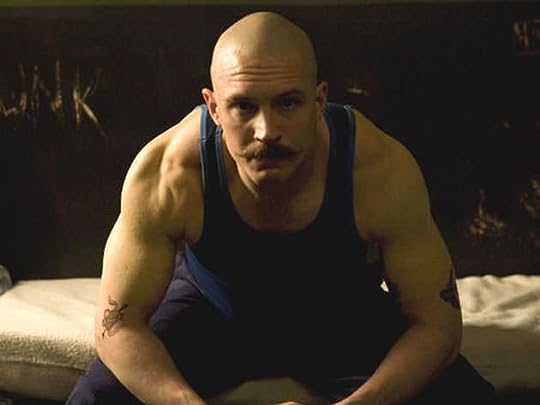 ■Fᴜʟʟ Pʜʏsɪᴄᴀʟ Dᴇsᴄʀɪᴘᴛɪᴏɴ■ Like a typical strongman, Warner is incredibly built and stocky. He's about 5'8, not the tallest out there, but his width makes up for it. 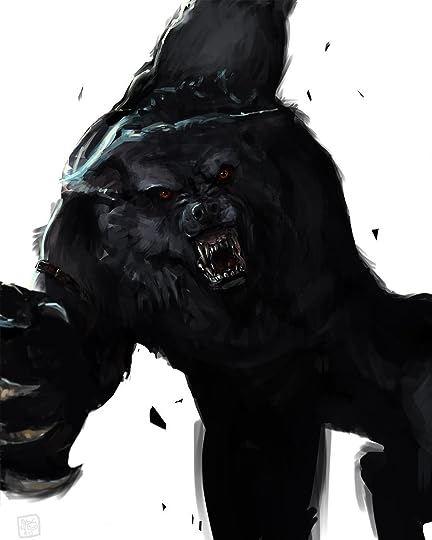 ■Pᴇʀsᴏɴᴀʟɪᴛʏ■ Warner likes to think of himself as a fatherly figure. He is incredibly sweet and kind, and can relate to all of the rebellious teenagers that reside at the Cirque de Moreu. He is never one to judge, making him the go to guy to expel your feelings to. Because he is so trustworthy, he is the holder of many secrets. He is often reserved, but will go out of the way to help someone. Doing good is what he loves best, and is the only thing that makes him feel alive.

■Hɪsᴛᴏʀʏ■ Warner grew up on an isolated farm in Germany, surrounded by a menacing and dark forest. Every night after a long day of farmwork, his parents would bolt the door shut and place metal over the windows. They warned their son never to venture outside after sunset, for terrible creatures came out of the forest to wreck havoc among the humans. Of course, Warner complied. Any little boy would, especially when the howls of wolves was the child's nightly lullaby.

As he grew up, Warner left the farm and set out on his own. He had odd jobs here and there, for a while he helped construct railroads and worked in a smelting factory. But something was missing in his life. Because he never stayed in one place, Warner was never able to have a family. He realized that a family is what he really desired in life, so he made it his goal to settle down with a nice girl and have children in the farm that he grew up in.

Warner succeeded, and married a young woman named Catherine Kruger. The two were desperately in love with each other. Catherine agreed right away to live in a country house, since she two grew up in on a farm. For two years the happy couple lived in the farmhouse. They had one child, a baby girl during the first year. Warner never recalled a time where he was so happy. So of course, tragedy struck.

One night, Warner's child had vanished from her crib without a trace. There were no cries, no blood, no sign of breaking in. She was gone. Determined to look for her, Warner and his father set out into the woods during the day time. They wandered until they got desperately lost. Sundown was coming, and all the two had for protection was a hunting rifle.

The humans were attacked by a wolf that stood on two legs, like a human would. It had terrible red eyes, and mangy gray fur. It ripped Warner's father apart before he could even take the safety off the rifle. Warner shot at the wolf a total of 15 times, but the animal was not affected. Out of amo, he threw the gun aside and jumped at the creature, tearing at its fur with his bare hands. The wolf did not go down gentle, it bit and tore at Warner's skin. It finally died when Warner broke its neck. As Warner broke down, the wolf's carcass transformed into... a human. Looking at his wounds, Warner knew what he would become from the creature's bites.

When he returned home after a few days of traveling in the woods, his wife had hung herself. In a note, she described how she could not go on living without the two people she loved most. Warner almost joined her, but his mother persuaded him not to. He had so much to give the world, she had said. He was strong on the outside and in.

Warner set off again, broken-hearted and now a werewolf. It took some getting used to. Especially months of getting hunted. He joined the Cirque de Moreu when he realized there were no other options left for him. There, he met his good friend Piere Monroe, a faerie that was a trapeze artist.

■Eɴᴇᴍɪᴇs■ A few hunters, and anyone who tries to hurt the ringleader.

"Just sit down, kid, and tell me what's wrong."

■Oᴄᴄᴜᴘᴀᴛɪᴏɴ■ Serves as the strongman of the circus, does acts with the contortionists and jugglers.

■Possessions■ A few packs of cigarettes, three outfits, a flask with his father's name engraved, and a hunting rifle

₪ Literally his strength.
₪ Kindness
₪ Is fatherly to a lot of the young preformers
₪ A great mediator
₪ Never gets into arguments
₪ Loyal

₪ After spending some time researching what might have taken his child, he came to the conclusion that an unseelie faerie had stolen her soul, then made the child a faeire. For that reason, he holds a grudge against the faerie race.
₪ He won his dog Othello at a drinking contest
₪ Is incredible at poker

"My sole goal in life to make humans question their existence. That, and to eat five funnel cakes in one day."

■Sᴘᴇᴄɪᴇs■ Faerie
■Pᴏᴡᴇʀs■ Incredibly agile, quick, and beautiful. Has the power of seduction. Since he is a Seelie faeire, he does not have the ability to steal one's soul. But he can steal it back from an Unseelie faerie. Also can preform a limited amount of magic. 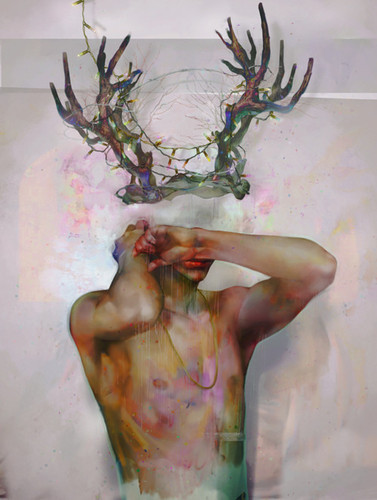 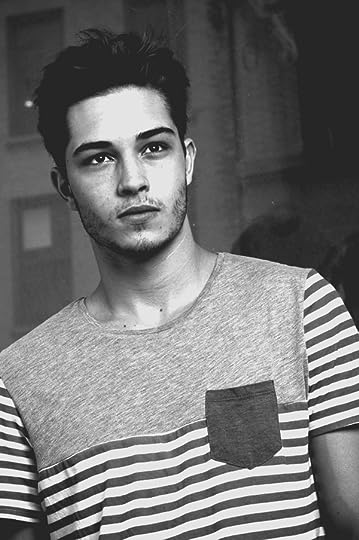 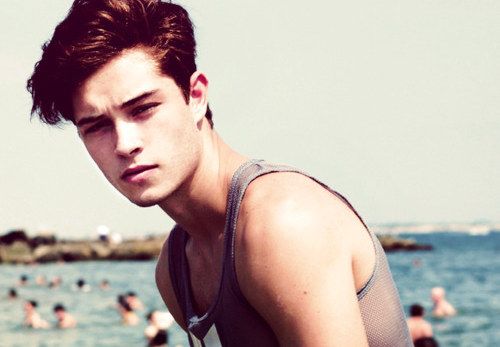 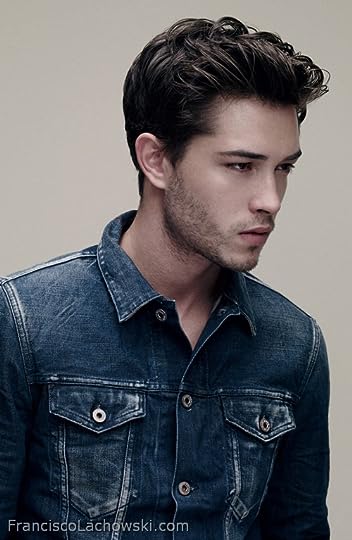 ■Fᴜʟʟ Pʜʏsɪᴄᴀʟ Dᴇsᴄʀɪᴘᴛɪᴏɴ■ Like most faeries, Pierre is incredibly tall. He stands around 6'7, and weighs about 198 pounds of lean muscle from training. Unlike the pictures, Pierre has glowing caramel colored eyes, and large antlers that stick out from his head.

■Pᴇʀsᴏɴᴀʟɪᴛʏ■ He is incredibly silly. He's often seen playing pranks on the performers and audience, dancing during serious meetings, and making faces at children when their parents aren't looking. He loves what he does, he believes that the trapeze will be the closest to flying he'll ever get. As a passionate, romantic creature, he is almost never seen without a partner by his side. One has to have an accquired taste to be his friend; he often comes off as annoying rather charming.

■Hɪsᴛᴏʀʏ■ Nobody can ever recall a time when Pierre wasn't at the circus. Pierre doesn't seem to remember either, nor does he care. He's a very 'in the moment' type of creature. All he remembers is a war of some kind. That war happened to be very important, and nearly brought on the extinction of the faerie race.

In Fairyland, the world between Heaven and Earth, the Seelie and Unseelie war happened for centuries. It was the classic 'dark versus light,' good versus evil' type of drama. In this case, the Unseelies were the dark and evil ones, and the Seelies were the light and good side. There was never a time when the two were not fighting against each other, so when the Unseelies proposed a truce, it shocked everyone. They proposed that the war would end when a Seelie princess would marry one of the five princes; as female unseelie faeries could not reproduce by any normal method (spoiler alert: they impregnate themselves with human souls). Tired of war, the Seelies agreed, and unified both kingdoms.

But the peace did not last long. Seelie rebels who were against the unification fought back by burning any village that associated itself with the peace, or had a Aos Si child, an extremely powerful faerie that had a Seelie mother and an Unseelie father. One of those villages was Pierre's. He fled Fairyland for Earth, guessing that peace would never last.

■Pᴇᴛs■ Had a pet rock once. But it died from smallpox. RIP Voltaire :(

₪ Being bored
₪ Uptight people
₪ Anything serious
₪ The organ
₪ Iron
₪ Spiders

■Possessions■ Not much of anything, really. The bare necessities. Does have a swell collection of jewelry he stole though.

₪ The moment he stepped on Earth, he forgot his past life. Since then his memory has always been a tad faulty.

@ Puddingtalk — Approved
∟ Who doesn't love a classic story? Nice work on him.