Transmutation, also known as Teleportation, is the ability to disappear from one spot and reappear in another. The ability can be used to either short or medium range, but can never travel farther than a mile.

Typhokinesis, also known as smoke control, is the ability to wield, manipulate, and generate smoke and ash. The user can turn into a cloud of smoke and use the ability as a attack or defensive state. This ability is commonly known to fry victims from the inside out.

The ability to hypnotically cause subjects to like the user, trust him, respect him enough that will do anything to please him. This can inspire either like of an innocent sort (to make befriending people easier) or sexual desire, depending on the user’s age and will (and gender) or all the way to making them essentially servants.

Quite the snobby bitch, Kyle doesn't give a damn about what you think, little does she care about how you feel about her. Kyle has always had this keen eye to getting what she wants, no matter the consequence. Within many millennium of her title as 'absolute', Kyle has gone by at least 600 names. Her demon name, Tuhex, is the only name she will abide by when called upon by her creators and superiors.

In the human realm, Kyle is seen as a preppy bitch with an attitude. Having the wits of strategist, and the wisdom of an old man, these mixing with her bitchy side makes her rather attractive and sexy. But really, she's just a predator in the night..

Being a very rare metal, the blade can cause harm to a demon. It's metal components can pierce their skin, and injure the actual demon within a host. It's not as strong as The First Blade, which can kill a demon.

If somehow a victim holds a PST, the absolute demon could most likely internally hurt themselves while trying to kill them. This is a great disadvantage in the future, which weakens their accuracy to possess other humans to make hosts.

A spell created by the first religion order during 1481, the spell can lethally hurt a demon in more ways even Lucifer can imagine. The spell is one very hard to perform, and to preform it, you must get the list of items from a demon themselves. The only demon to existence, Lilith, knows what these things are.

Tuhex was one of the later created absolute demons, or younger. Being one to listen to only Lucifer himself, Tuhex was the only demons that did whatever they pleased. For many millennia, Tuhex played as a nighttime monster, pretending to be a young party animal. Using the human disguise as a mask, she partially did Lucifer's bidding by killing those who defied herself and Lucifer. Eventually, Tuhex grew to be a dog without a leash, beginning to kill aimlessly and enjoying it. While human society started to alter and grow, Tuhex also altered and learned how to kill without being caught.

In the human realm today, Tuhex plays as a 19 year old preppy bitch who hungers for the night. Being the supposed daughter of a mobster, whom she had killed many years ago, Kyle Lee Johnston (Tuhex) plays to be one of the most powerful mobsters in modern society.

Personal
Personality- Mikko is kind of a jerk. He trusts no one, and cares only for himself. He comes off as a self-centered, ignorant, sarcastic, asshole. He still has some love left in him, but he tries to push everyone away. He is actually extremely sweet and caring.
Likes-
✓ Night time
✓ Killing
✓ Scaring people
Dislikes-
✗Humans
✗Angels
✗Anything that may slow him down
Powers-
✓Changing to a hell hound
✓Tap into a feral mental state
✓Sensing danger
Weaknesses-
✗His emotions get in his way
✗Has an extreme fear of fire
✗He pushes everyone away

History- He doesn't really remember his family, other than the fact his father was a drunk loser. When he found out of his demon powers he left. He is a loner so he has no friends or family he knows of. He grew up learning of his powers on the streets with another demon, who was killed about 3 years ago. Other than that he doesn't have much else of a history. He just disappeared and everyone thought he was kidnapped and gave up hope on finding him after 7 years. Now he wanders the world as he wishes preparing for war.

Relations- None he knows of
Sexuality- Bisexual
Status- Single
Ex-Lovers- None.
Hobbies-
»Flying with the birds at night
»Killing people
»Just wandering 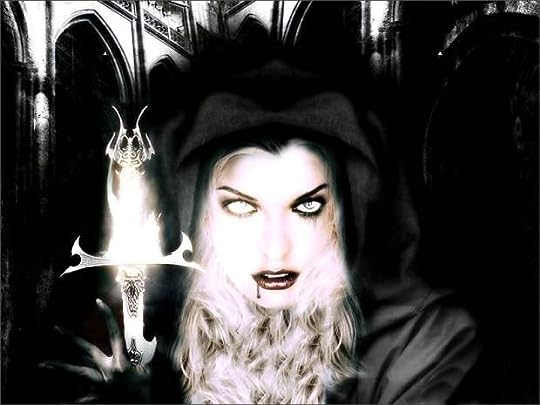 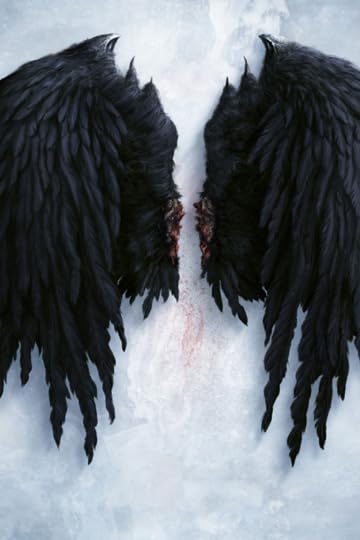 Personal
Personality - Zake mocks those she encounters. Her behavior sometimes comes off as flirty, and it generally is meant to. Zale is not, however, attracted to whatever person she does that to. In fact, she is measuring up the person's weaknesses. When she has a good profile of a person, she is able to use magic to agonizingly kill her victims. She enjoys killing and finds it exhilarating. After killing, she'll often have a one-night stand, sometimes with her next victim. She also extends protection to all murders until they get themselves captured or they stop killing.
Likes
✓ Killing
✓ Adrenaline
✓ Corpses
✓ Night
✓ Cigarettes
✓ Booze
✓ Banging
Dislikes
✗ Holy things
✗ Life
✗ Day
✗ People fighting her
✗ Not getting her way
✗ Not being in charge
✗ Angels and God
Powers
✓ Cursing - Zale can curse people she has assimilated the personalities of
✓ Persona Assimilation - Zale can learn and then capture the personality of a person. This then allows her to kill said person.
✓ Dreamwalking - Zale can walk in the dreams of mortals, permitting her to further assimilate a person's mind.
Weaknesses
✗ Baptism - Zale is not able to kill anyone who has been baptized
✗ Bloodlust - Zale is stronger when she kills people, so going too long without killing weakens her greatly
✗ Condescension -Zale is not able to talk to others as if they are equals; she feels she is better than others. This, naturally, causes a problems around the people of higher rank.
Hobbies
» Murder
» Personality Assimilation
» Banging
History Zale was born from Adam and Eve eating the apple. She started as a servant of God; after all, death was God's punishment for man. However, Azazel loved killing too much and began to use her abilities for destruction. She fell and became an Absolute, one of the strongest demons. She has been working on the destruction of man ever since.