25 views
Characters > Create your own character!

Name: Nate Dakota
Age:33
Height: 5’8
Looks: https://i.pinimg.com/564x/b6/5e/ae/b6...
Gender: female
Crush: possible deadpool, she is still usure
Hero outfit: https://i.pinimg.com/564x/af/dc/3c/af...
Theme song: ‘I’m Delirious outta my mind’
Power's: DJ
Hero name: DJ Beat
Back ground: Nate gained her powers from being experimented on. She posses the power to turn music into a weapon, being able to do this she can deafen people with loud music, she can also amplify someone's voice.
Casual clothes: https://i.pinimg.com/564x/9b/94/55/9b... (ignore the hair colour) But she looks like this when she not wearing a hokey mask

Appearence: Due to how he got his powers (forced mutation), Wade's entire body is scarred and blistered. He has been described as looking similar to an avocado.) He is lean and fit, not necessarily bulky or hulking, but clearly active and healthy. He's not the tallest, but he ain't the shortest.)

Personality: Wade Wilson, is literally the Merc with a Mouth. He's a wise cracking, witty, man-child who makes humor out of the darkest things because otherwise, they just suck. He's good at heart, but shuns responsibility and is known as an anti-hero, meaning that he acts out of selfish motivation more than the general good of mankind. BUT. He does have a good heart. Its just buried deep and kind of misshapen.

@Mr. Pool Why do you have Deadpool here?

@Pip Perhaps add a little more detail since no one knows who she is whereas we can look up Daredevil or Iron Lad. 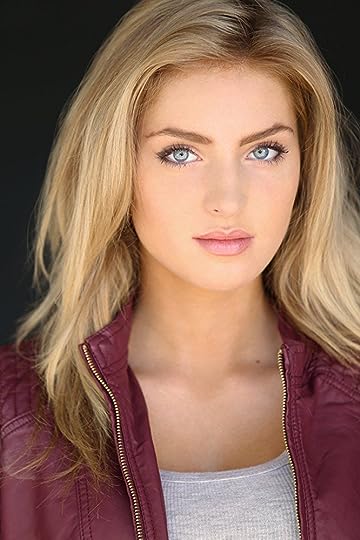 APPERANCE WHEN NOT LADY SPIDER

full suit , black with white webs and white eye thingies
WIth a hoodie thing that is full black with white on the inside and black webs, spider logo on for head , white , and last white boots half way from knee , white with black tips.

Personality: she loves to dance and do acrobatics, very smart and kind, like to go for a swing every now and then. Wild imagination, can Be a little snarky when you bring up her twin sister her twin sis who died in a battle against magnet, revenge is awaiting to happen.

History: Lady spider does'nt remember much but she does remember whirling thru some sort of portalish thing and she is from another diminsion, it was a suprise to see her blown into the 3rd week of january, she is wanting to stay in this deminsion, After the incident a reporter found her crawling on the ceiling one day and started yelling at her, she webed up and came down hanging up side down on the web rope. "Who are you and whats with the spider powers?" The female reporter yelled at her in the crowed of people who crowded around the reporter. "Well I'm lady spider and I'm from another deminsion." She said loud then when quiet. Gasps flying around with a pinch of murmur's. She was getting an anxiety attack with all the people. "Well I have to go." she said then swinged up to the ceiling with calls of "were are you going?" From the people and a "come back!" from the reporter. she was still crawling and then landed on the floor and ran out the door. "That was too much." She said to herself and climbed up a stoplight and launched herself up and took an evening swing to cool off from the crowed.
Lady Spider Married hulk a few months later when they met during a battle with one of his arnenemies. She was stabbed during the battle and hulk turned into bruce banner and carried her to the hospital. They fell in love during the time she stayed. He were's a web ring around his finger as a wedding ring. Lady spiders ring is a black ring with a red gem in the middle. They plan to have a child.

Other: likes to sit on shoulder or be carryed by Hulk when hurt or tired.

Please add a bit more for history and personality since this is a original character.