34 views
Group Themed Reads: Discussions > Our September reads ~ To Kill a Mockingbird and the Help

To Kill a Mockinbird is the classic tale of Alabama in the 1930s and two children's encounters with the outcast, Boo Radley, and racial issues via their attorney father defending a black man who is accused of raping a white woman. To Kill a Mockingbird has stirred up controversy since it was first released in 1960, and it remains a powerful story that forces readers to examine prejudice, right and wrong. 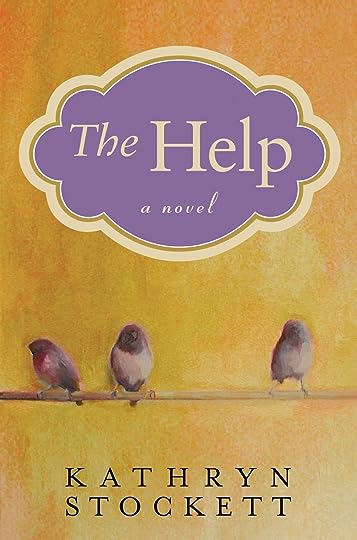 Jackson, Mississippi, 1962. Black maids raise white children, but aren’t trusted not to steal the silver. Some lines will never be crossed. Aibileen is a black maid: smart, regal, and raising her seventeenth white child. Yet something shifted inside Aibileen the day her own son died while his bosses looked the other way. Minny, Aibileen’s best friend, is by some way the sassiest woman in Mississippi. But even her extraordinary cooking won’t protect Minny from the consequences of her tongue. Twenty-two-year-old Skeeter returns home with a degree and a head full of hope, but her mother will not be happy until there’s a ring on her finger. Seeking solace with Constantine, the beloved maid who raised her, Skeeter finds she has gone. But why will no one tell her where? Seemingly as different as can be, Skeeter, Aibileen and Minny’s lives converge over a clandestine project that will not only put them all at risk but also change the town of Jackson for ever. But why? And for what? The Help is a deeply moving, timeless and universal story about the lines we abide by, and the ones we won’t. It is about how women, whether mothers or daughters, the help or the boss, relate to each other – and that terrible feeling that those who look after your children may understand them, even love them, better than you . . .

No The Help in the library. :/ But I've been wanting to read To Kill A Mockingbird for some time now :)

I find To Kill a Mockingbird a very child-like book - no doubt because of the narrator (Scout) and her view of people (either good or bad - all of the Cunninghams are proud and all the Ewells live hand to mouth). Also, the sense of place is just what I imagine 30's Southern America to be.

The film, with Gregory Peck as Atticus, is fantastic

I couldn't find 'the help' in my library either :(

I am very excited about the September discussions. TKAM is my favorite book and I have read it several times. The movie is also fantastic. I recently saw a play version as well and have come to the decision that no matter what the form, it is the story that gives me a lump in my throat.

The Help has a waiting list of 700 at my library. Though there was a "Speed Read" copy available the other day - will hope that it is still there tomorrow and that I can get through it in a week as required for the "Speed Read" section.

I find it hard to believe, but a school district in one of our provinces is trying to ban TKAM from the curriculum this coming school year. Apparently some parent objected to the "N" word being used in the book. You can't change history. Offensive or not, in the context of year and location the "N" word is totally logical to find in TKAM. Banning the book won't erase the fact the word was used. Maybe the complainant should focus on Atticus's attitude. I think our children need TKAM to read about Atticus and the example he sets.

John wrote: "I find it hard to believe, but a school district in one of our provinces is trying to ban TKAM from the curriculum this coming school year. Apparently some parent objected to the "N" word being use..."

Well said John. If the objectors actually read the book they would find that it is the biggest champion of their very thought - that the N word is hateful and racism is ridiculous. And that children are smarter than we give them credit for.