Mod
Valora Wooten goes into labor right in front of Frank (water broke). What was your reaction?

I thought it was funny that Frank was the first person to figure out that Mrs. Wooten was pregnant. The rest of them just stood there.

I was amazed that a young man wanted to have a sexual relationship with a woman of her age who was so voluptuous (fat) that a pregnancy could be concealed. That bit was OTT for me.

Mod
I howled when I read about the “puddle” and Frank’s mortification.

I agree, Phrynne, about how Terry was in a sexual relationship with Valora. But then, she had formed an odd relationship with him since he was a child. He probably had developed sort of a hero worship before she aged and grew.

I kept thinking that the clothes of that era helped conceal her added girth (see below). 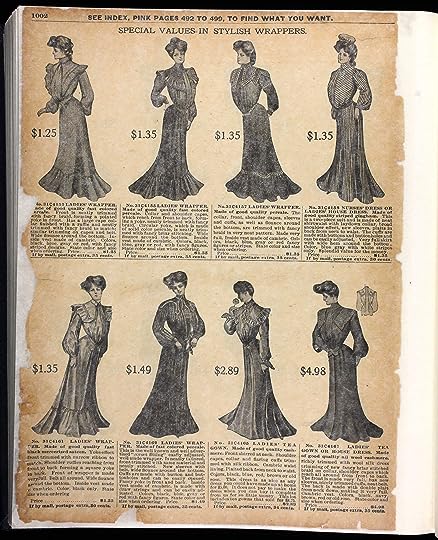 True clothes would have helped, but wouldn't Terry have been a bit closer to her than just looking;)

Best not to think about it too much 😳

I don't think I can add any more to these comments.

Don't want to mention Electra complex, especially with all the Greek names going on. Was there some tongue-in-cheek writing going on here? ...or pseudo-Oedipal complex (ha)!

Mod
Lol! I thought about tackling that but got a brain cramp trying to make sense of it.

Lol! Yeah, better not to think too much about it. Now excuse me while I go bleach my brain XD

The entire relationship between Valora and Terry Jr. creeped me out. She was definitely grooming him from an early age. She's the one who deserved to be murdered.