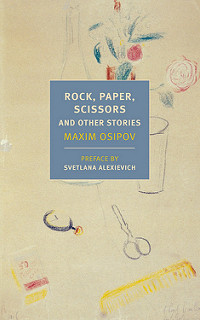 Maxim Osipov, who lives and practices medicine in a town ninety miles outside Moscow, is one of Russia’s best-regarded writers. In the tradition of Anton Chekhov and William Carlos Williams, he draws on his experiences in medicine to craft stories of great subtlety and striking insight. Rich in compassion but devoid of cheap sentiment, Osipov’s fiction presents a nuanced, collage-like portrait of life in provincial Russia—its tragedies, infinite frustrations, and moments of humble beauty and inspiration. The twelve stories in this volume depict doctors, actors and actresses, screenwriters, teachers, entrepreneurs, local political bosses, and common criminals whose paths intersect in unpredictable yet entirely natural ways: in sickrooms, classrooms, administrative offices, on trains, and in the air . Their encounters lead to disasters, major and minor epiphanies, and—on occasion—the promise of redemption. “Life is scary, whether you’re in Moscow, St. Petersburg, or the provinces,” Osipov’s narrator tells us in “The Cry of the Domestic Fowl,” which opens the collection. And yet, he concludes, the “world doesn’t break, no matter what you throw at it. That’s just how it’s built.”

Mod
This is now out and available for you to purchase!

I acquired my copy today! Looking forward to reading it. :)

Mine arrived last month! My nyrb subscription is a gift that excites me every month.