Battle-hardened Captain Ry Devans and his crew of the Mars Orbiting Station-1 are part of a bold plan: resurrect the once-active molten cores of the Red Planet with synchronized thermonuclear explosions, and terraform the hell out of that iron-oxide rock for future generations. It’ll change history. So will the strands of carbon-based Martian cells that have hitched a ride on the ship.

Dr. Karen Wagner knows the microbes’ resistance to virus is incredible. It’s the unknowable that’s dicey. Her orders: blow them into space. But orders can be undermined. Two vials have been stolen and sent hurtling toward the biosphere. For Devans and Wagner, ferreting out the saboteurs on board is only the beginning. Because there are more of them back on Earth—an army of radical eco-terrorists anxious to create a New World Order with a catastrophic gift from Mars.

Now, one-hundred-and-forty-million miles away from home, Devans is feeling expendable, betrayed, a little adrift, and a lot wild-eyed. But space madness could be his salvation—and Earth’s. He has a plan. And he’ll have to be crazy to make it work. (less)

For decades the Space Consortium of America has searched for new ways to harvest resources beyond an increasingly depleted Earth. The ultimate plan is about to be ignited. So is the ultimate threat to humankind. . . 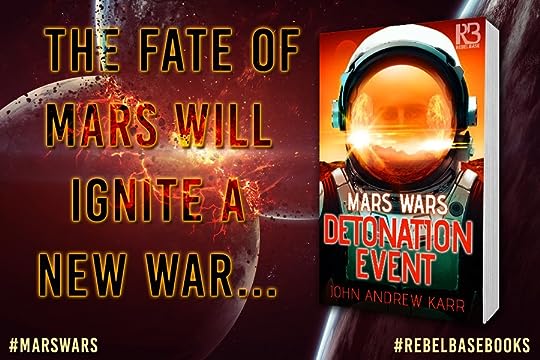 Publication day. We have liftoff. 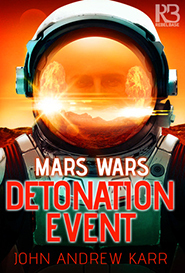 Putting the 'final' author-side edits on Book II, with a release date of early 2020 (truly a science fiction-y looking year).

Book III beginning chapters and synopsis due in a couple months.

Amazon kindle version on sale for $0.99 for about a week or so.

Made a book trailer: https://www.youtube.com/watch?v=RgMXL...

The publisher has sent copy edits of Rogue Planet: Mars Wars Book 2. I've got a couple weeks for perusal and approval.

Also, I am five chapters into Book 3.

The giveaway was botched. 6 copies to give. If you're in the United States and would like a an ebook copy from Amazon, send me a message and I'll reply with the gift code.