Annabeth Lee [Kim Jennie]
- Sun: Elf (Power level 8) + 22
- Choir coach, disciplinary branch member
- Really nice and sociable
- Wanted to be a psychologist but decided on teaching instead
- Has a lot of hobbies and stuff she loves doing
- Tends to juggle a lot of different things at once but has enough direction and sense to keep up
- Hanging out with her is pretty stamina-draining and exhausting
- Loves kids, animals, and seniors
- Adventurous 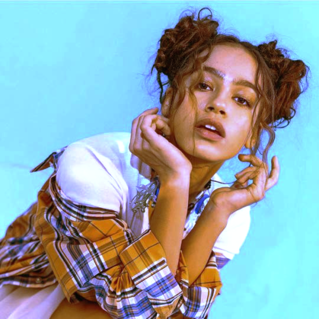 Valerie Dewi [Zahara Davis]
- Moon: Werewolf (Power level 6) + Saffron
- 5th year; 16
- Firm believer in justice, equality for all, and strong moral integrity
- Strongly opposes the defacto rebellion and makes it her goal to bring them down
- Protective, defensive, stubborn, "goody two shoes"
- Trying to form a group within the school made up of students and staff alike who share her goal that she wants to defend members of the school and fight opposition
- VERY nosy and goes out of her way to dig up any secrets she thinks will help her school
- Dedicated to everything she involves herself with and feels she belongs in her school
- Hates anyone who looks down on or discriminates against those under moon influence due to prejudice and will not hesitate to fight such people

Ginyeom Minhyuk [Song Weilong]
- Shade: Kitsune (Power level 3) + Void
- 6th year; 16
- Studies and practices medicine and surgery in hopes of becoming a doctor or surgeon to make up for his lack of supernatural ability
- The human embodiment of antisocial
- Loves reading and books; his dorm room is practically a mini library
- family disappointment
- used to believe he was a mundane until one day he realized he was actually a fox
- Has control over his abilities
- Can quote any piece of literature because he has no life and holes himself up in his room or class all day

August Rhys [Markel Williams]
- Sun: Djinn (Power level 7) + Brigmore
- 7th year; 18
- Defacto member, priest
- Like most defacto members, believes mundanes to be inferior to him
- Ruthless, vigorous and impatient
- Kind of a narcissist
- Set on his goal
- Actually sucks at hiding the fact that he's in defacto and if it weren't that he rarely talked to a lot of people, would've been found out a long time ago
- Not surprisingly, isn't very nice

Outwardly, Jinsoo appears selfish, conceited, rude and spoiled. And to some              extent, these impressions are true. He has litte to no compassion for anyone              unfamiliar to him and even if he does happen to be familiar with someone,
his consideration towards them will be highly limited. He acts as if he's
sadistic and brutal normally, quick to resort to threats if needed, but in reality,              he would not be able to so much as harm someone if they were innocent from              his wrath. If they were deserving of his wrath however, due to whatever terrible              thing they might have done to him, he will have little in his head but making              them suffer, though he would likely not go as far as take their life. He likes to              act tough and invincible (though his physique does not support this image) and              has managed to become somewhat successful in his attempt, planting the              reputation that he's actually quite strong. While he likes to make positive              accusations involving himself, that is not usually the case with others. When it              comes to anyone else, Jinsoo is the epitome of judgmental. In a way, it is how he              protects himself from disadvantageous encounters, for cynicism does tend to              keep most out of his little circle of relationships.
He's also known to be stubborn, rude, and incredibly non-submissive or              disobedient, even to teachers, coaches and people with obvious authority over              him. He is willing to cause whatever trouble and use almost anyone and              anything for his gains. As such, he's very cunning and charming, but his              manipulative nature prevents him from making any genuine or lasting bonds              with others, save for his family. He has a mocking personality with most of              those he manipulates, speaking informally with them as if they are close friends              and often using nicknames. When with such people, he's rather obviously              evident in his arrogance and playfulness in tendency to make fun of others. He's              also very petty; if someone upsets him, he is likely to repay them by upsetting              them far more than they ever did to him. Forgiveness isn't something he's big              on, but holding grudges is.
Despite being flippant and sly in nature, Jinsoo is surprisingly diligent when it              comes to his studies. He maintains high grades in sciences, mathematics and              athletics, those being his strongest subjects.

Emerson was born into a dysfunctional family unit made up of a hopeless father             and silent mother. His mother raised him through his early years, but affection             was not part of her ways. She would feed him and his father and then lock             herself up in her bedroom for the remainder of the day. Em never found out             what it was that broke her so much.
Since Emerson's mother frankly ignored her husband, Emerson often found             himself being the object of complaint. His father blamed him for her aloofness,             always reminding him how he and his mother were close before Em came into             the equation. Needless to say, Em didn't have a very happy starting childhood.
However, as Em grew up and started entering his teens, his mother and father's             relationship suddenly began improving. They spent more time together and were             no longer closed off. They grew so close, in fact, that when Em turned 9, his             mother birthed a baby girl, whom she named Molly.
Em loved Molly and became very fond of her early on in their relationship.             Where his mother lacked in affection for Molly, he filled in. Even when his             parents began arguing again, and their dynamic breaking down, Em             continued growing close with her, and defended her from his father's verbal             attacks.