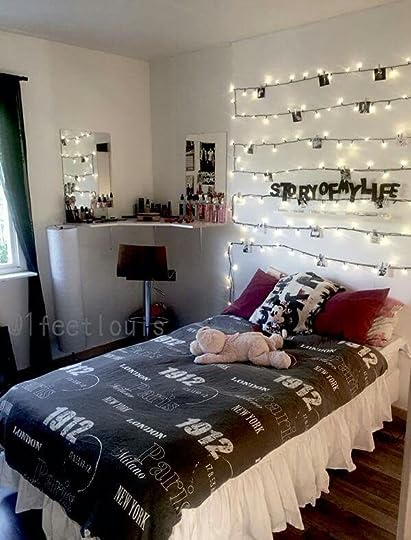 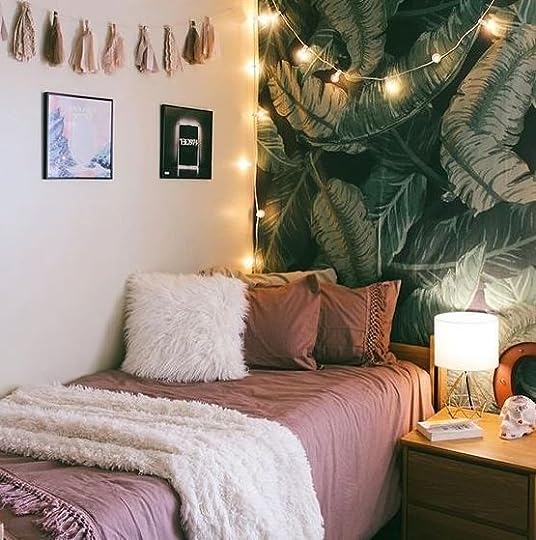 ah thank you, it's my dream aesthetic for a room! plus i feel it really fits ronnie's vibe :)

(view spoiler)[ ((From what I read, I completely agree! Also, I think it's amazing we both picked rooms with little lights XD it really fits the theme of the room now lol)) (hide spoiler)]

yes, their room is literally so cute! i like how their styles are different yet have similar aspects!

(view spoiler)[ ((Sorry it took so long to post, power went out for a few hours)) (hide spoiler)]

Carly walks in with her purse hanging loosely from her fingers. She had been at the Brigmore party almost all night. It was about 1 am now. So naturally, Carly was exhausted. However, Carly was always a 'good' girl. The type that'd prefer to stay home and study, rather than going out to parties. And when she did, she never did anything too horrible, so it was no surprise she didn't smell of alcohol and didn't appear to be drugged up.

Carly was a social girl. True, she preferred to stay home and stay up late studying, as she normally did on Friday nights, but she also liked making friends. Not to mention, it was normally easy for her to. So, she thought she'd go out for once. Though, the party was unfortunately filled with drunk and drugged up men and women, so it probably wasn't as fun as she had imagined it would be. However, one good thing did come out of it.

She had met a boy. A boy who went by the name of Blake. She'd make sure to remember that name. He was the only one who really stood out to her there. However, it was unfortunate that he seemed too out of it to hold a conversation, and that the place was really too crowded and noisy to really focus on a conversation between just two people. So, she had to find the time to finally say goodbye and headed back here after it began to grow more crowded. That was probably the only time she'd run into him. Shame, too. But that was usually her luck. She let out a soft sigh. Though, she supposed things happened for a reason. Though, she wouldn't complain if she happened to run into him. She lightly smiled at that thought, lightly biting her bottom lip as she stared at the ground.

She had shook her head and quietly shut the door behind her. She did have a dorm mate that she had to be considerate of. A close friend of hers, none the less. She didn't want to disturb her sleep. She had approached her bed and softly set her purse down before sitting herself down on the edge of her own bed, her eyes adjusting to the lightly lit room, which seemed lit up from the lights they had on the wall near their beds, before she had laid down and stared at the ceiling. Now that she thought about it, she was so lost in thought when she entered, was her roommate even asleep? She had glanced over towards Nimronym's bed.