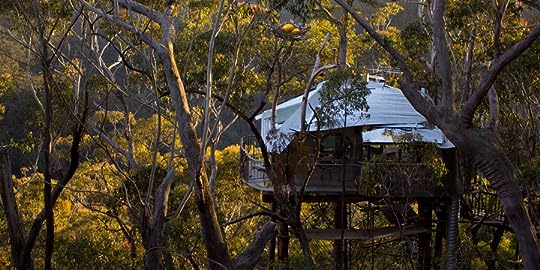 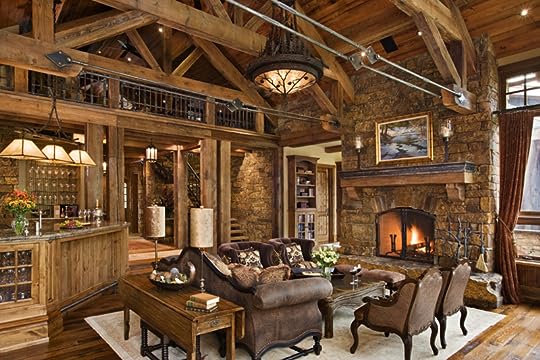 --- a defacto outpost, hidden amongst the trees
deep in the fallenhearth forest.

Rune had come to the outpost as soon as P.E. had ended — a journey that had been made considerably quicker by shifting as soon as he was out of sight of the buildings at school. He shifted back as he reached the door, moving quietly and watching for any unwanted observers. Once inside, he slid to the floor, sitting beside the fireplace. This weather was unpleasantly cold — particularly given that he'd grown up in a tropical area. Rune looked around. Nobody seemed to be here yet, but he assumed that they would turn up eventually.

Mod
Sin liked to keep the outpost presentable. The fire was crackling, warm and well fed and there wasn't a speck of dust to be seen. There was even food on the table, displayed rather flamboyantly. But he was always a dramatic one. "You're late" Sin spoke as he narrowed his eyes suspiciously from the spot he'd taken on one of the support beams, one leg dangling down while the other was placed firmly in front of him.

Rune looked up, not entirely surprised. "I ran into some... unexpected difficulties getting out of class." He ran a hand through his hair. "Mr Hale was very... on-edge." There was more to it than that, but he didn't feel like explaining, lest he give away how he reacted. It might be fact, but it was still not something he liked to talk about. "Maybe I should sign up for choir, just so I have an excuse to get out of class." He hated singing with other people – or where people could hear him at all – but he wasn't sure what the rules were for attendance. It was possible that he might not need to turn up at all. "A few of the werewolves looked very unsettled, I'll talk to someone about nudging them in the right direction."

Mod
"Very... on edge" Sin played the words along his tongue, tasted them carefully and broke out into a grin, "That's good. You should work on him while he's like this." he shifted into a sparrow, dropping down into the kitchen behind the bar and shifting back, "Are you thirsty? Water? Wine?" he offered as he calmly poured himself a drink, seeming a little too casual.

"Sir... I don't think I'd be the best person to work on him. He's too stubborn for my tactics," Rune said. "Someone who can talk to him outright might do better. Or someone he trusts." He shook his head at the offer, not willing to move from his position beside the fire. Now he remembered why he hated Portermount so much – the winters were too cold. "Is there anything else you want me to do?"

Mod
Sin chuckled at the usage of "sir," he'd never been called that before. It felt much too formal for him. He was sin afterall. At least, that was his reigning region. He sipped his wine and leaned against the counter, "Mmmm come now, it's a challenge. You wont develop your skills if you don't challenge them. Chaos would be so pleased with you if you managed something like that. I could even put in a good word for you." he shrugged though. He didn't really care enough to persist further.

"Anyways, there's a little rat in the Brigmore house. His name is Jameson White. If I were you I'd avoid him at all costs. But you know rats, they breed awfully fast. It's disgusting frankly. All ideas spread like viruses, his ideals might just be the next contagious disease. So it'd be nice if you eliminated him, or maybe... swayed him in the right direction" he suggested as he leaned against the counter, pulling himself to sit on it.

Rune rolled his eyes and glared at the floor. "He's a wolf. They don't get along well with people like me. There's challenging, and then there's outright impossible." Sin didn't need to know that Rune was scared – that was only because of the outburst during class, and he didn't need yet another person aware of his fear. Let alone someone like Sin, who he didn't trust.

He listened intently, then nodded. "Done– actually, which would you prefer? If push comes to shove." If they wanted him to recruit the boy, then it would be more work – eliminating him would simply be a few seconds. But quicker and easier didn't mean better, and he'd rather not annoy Sin.

Mod
Sin narrowed his eyes at Rune's words, easily recognizing what he really meant. He pulled his knees to his chest, slowly sipping his wine as the forest around the house began to darken, nightfall was approaching quicker than usual. Fallenhearth forest was a strange place though.

"You're afraid of Derek Hale" he nearly hissed, "Nothing is impossible if you're willing to try. And I have faith in you, don't let me down because you let your petty fears get in the way of your efficiency. Have some respect for yourself, Rune." he spoke darkly, taking a deep breath and calming down for a moment. He had a short fuse.

"As for Jamie... Well, strength in numbers. If you can convince the boy, I'm sure you'd be richly rewarded." He tilted his head, eyes scanning the other up and down contemplatively.

Rune closed his eyes, leaning his head back to rest against the stone of the hearth. He'd been obvious. He hated being obvious. "It's hardly a petty fear. Do you know how dogs and wolves react to snakes?" He had spent enough of his childhood avoiding canine animals to know that even in human form his very presence agitated them. Particularly the neighbouring farm's dogs, one of which was a snake dog and had attacked him multiple times as a child. "Besides, he's complicated. It'll take me a while to figure out how to get to him, especially since I have to figure out how to do it without him catching on." If a teacher who hadn't been swayed to their side found out that he was part of Defacto, they would probably go to the headmasters, and he didn't fancy being punished.

Damn. He'd be busy for the next few weeks, then, if he had to recruit two people. "I'll deal with him first, then. He'll probably be easier to convince than Mr Hale." That would give him time to figure out which method of manipulation to use on the teacher, without getting himself caught or torn to pieces by his pack.

Mod
"I don't know about that" There was an unnerving purr to his voice, a soft rasp that was almost youthful. "Jameson's not your ordinary informant. From what I hear, he's been in training for a while. No social contact, no feelings to make him vulnerable, no attachments. If you're lucky, that'll mean he's naive, he is an angel after all. If I were you I'd try to seduce him - mostly because you're cute enough. But if all else fails and he does happen to find out..." Sin winked, figuring Rune got the message.

Rune shrugged. "Everyone's got their insecurities. Everyone's got their dark secrets that they want to hide. Even angels, even people who've never interacted with the outside world." Seduction was a good idea though — it might allow him to get more information. Even if it wasn't his preferred method, it was undeniably enjoyable, either to watch the target's weakness or their uncomfortableness. Any kind of squirming, really. "I should probably go before it gets too dark, don't need to draw unnecessary attention or suspicion."

Mod
Sin tilted his head, "... Right" he said calmly, stepping forward towards the window and yawning as he set his glass down onto the counter, "Bring me more news next time, perhaps something juicy. And don't get caught" he leaned forward against the sill, shifting into a sparrow and fluttering off into the night.

Rune sighed. "Clearly too much to expect people to listen and respond properly," he muttered. He was reluctant to move from his position – it was warm, and comfortable – but he ought to go back to Addermire. He shifted once he was outside, heading back towards the school.

do you want to rp rune and jameson?