Grief is ubiquitous in art – one curator even has suggested The Thinker should be called The Mourner. Alastair Sooke takes a look at its history. 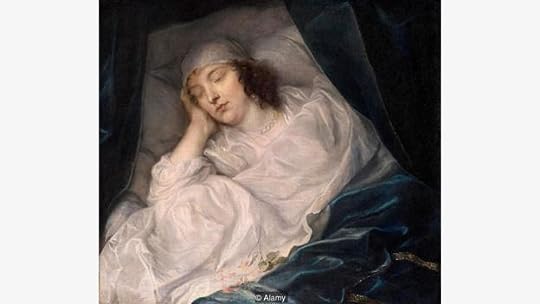 Anthony van Dyck painted Venetia, Lady Digby, On Her Deathbed in 1633 – two days after she died in her sleep (Credit: Alamy)

"She looks like she is sleeping, her beautiful features resting gently upon one hand. Yet, when the Flemish artist Anthony van Dyck created a likeness of the aristocratic beauty Venetia Stanley, Lady Digby, in 1633, he was painting a two-day-old corpse, propped up on her deathbed."

"Aside from funerary monuments in churches, which were principally commemorative, grief in Western art before Van Dyck’s era, during the Middle Ages and the Renaissance, was generally the preserve of religious painting and sculpture focusing on the tragic story of Christ’s death." 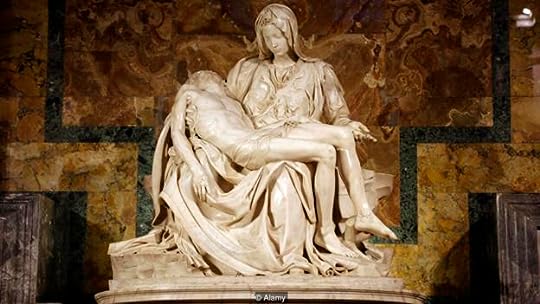 "Of course, the traditional theme of the Lamentation of Christ was depicted by many of art history’s most famous names, from Giotto and Mantegna to Rubens and Rembrandt. They are just some of the thousands of artists who, over the centuries, have tackled grief as a subject, in some form. "

"Indeed, the art of grief is so ubiquitous that sometimes we forget this is what we are looking at: the curator of a new Rodin exhibition at the British Museum generated headlines recently when he suggested that the Frenchman’s famous sculpture The Thinker should really be called ‘The Mourner’. “Look carefully at the hand and chin,” Ian Jenkins, an authority on ancient Greek art, an important influence on Rodin, told a Sunday newspaper. “If he was thinking, his hand would be cupped around his chin in pensive mode. But in this sculpture, the hand is supporting the chin. And in ancient Greece this is how mourning was depicted.” 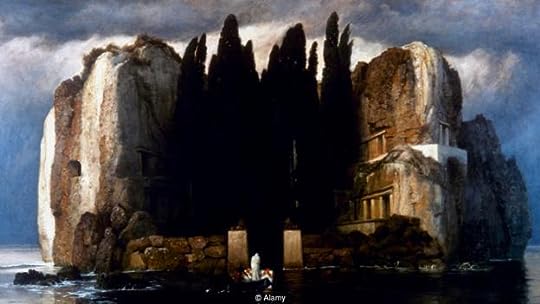 Arnold Böcklin’s oil-on-wood painting Isle of the Dead from 1880 drew on Greek mythology – and inspired a Jacques Tourneur horror film of the same name (Credit: Alamy)

"Type the word 'grief' into any international museum’s online search engine, and you will be inundated with results. In Britain, for instance, a search for the term on Tate’s website flags 143 artworks, offering a diverse cross-section of artistic responses to the same theme, spanning different periods."

"In the 18th Century, for example, it was commonplace for artists to view grief through the lens of Shakespearean drama: the death of King Lear’s daughter Cordelia was a favourite subject. Meanwhile, in the 19th Century, John Everett Millais’s meticulous oil painting Ophelia (1851-52), for which the model Elizabeth Siddal posed in a bath over four months, is a celebrated, and highly poetic, visual expression of grief – as much of an icon of this powerful emotion as, say, Swiss artist Arnold Böcklin’s Symbolist masterpiece from the 1880s, Isle of the Dead. Ophelia depicts the Danish noblewoman from Shakespeare’s Hamlet, driven mad by grief for her murdered father, shortly before her death from drowning, after she has fallen into a “weeping brook”. 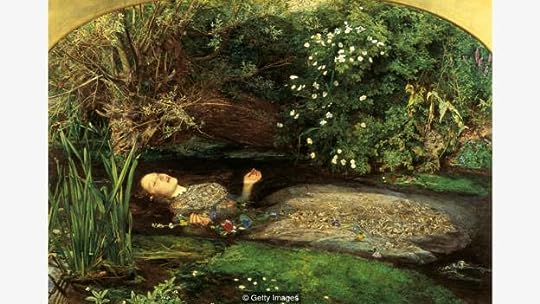 Millais’ Ophelia is one of the best-known artistic depictions of a person on the verge of death (Credit: Getty Images)

"The classical, allegorical funerary figures so beloved of the Victorians fell out of fashion. In their place, bodies such as the Commonwealth War Graves Commission promoted a more uniform approach to the design of graves and war memorials, focusing on joint, national sacrifice, rather than the loss of individuals. “The result was a very orderly, symmetrical and controlled visual language,” says Chambers, “far removed from the total chaos of the battlefields, with their abandoned helmets, bodies and churned-up mud.”

The universality of grief is still a theme to which contemporary artists are drawn today. Earlier this year, the US artist Taryn Simon won rave reviews for her moving installation An Occupation of Loss, staged in a subterranean auditorium in north London. For the work, which premiered in New York in 2016, Simon invited 21 “professional mourners” from countries all over the world – including Albania, Azerbaijan, Ecuador, Ghana and Venezuela – to perform in various nooks and corners of the atmospheric space, while an 85-strong audience were free to walk around, listening to each one." 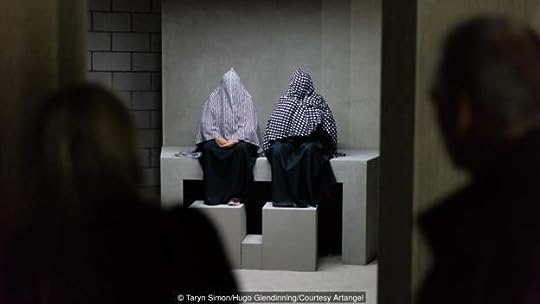 "“Historically,” Simon explains, “professional mourners have been compensated for guiding people through moments of loss, shaping and generating grief.” As the half-hour work progressed, each performer began wailing, muttering, howling, singing, sobbing or ululating, in keeping with the tradition of their native culture. Quickly, all their keening, groaning lamentations merged into one great primal cacophony, echoing off the concrete architecture, subjecting the audience to an unsettling aural assault. "

"As Simon says, we are all “vulnerable” when we experience grief. “Things get anarchic.”

-Does anyone have any thoughts or opinions of this general theme of 'mourning' or death, or grief, etc?

-How does looking at a painting that is obviously 'death', make you feel? (i.e. Ophelia)

-What did you think when you read (or maybe already knew) that the painting of Venetia, Lady Digby, On Her Deathbed was painted two days after she had already died?

-Has anyone seen or heard about this last one they talk about, An Occupation of Loss performance? What do you think of it as described in the article? What would you think if you were walking around, seeing these people and hearing a lot of wailing and crying, etc? How would you react?