Mod
A recurring theme of the Harry Potter books is the appointment of a new Defence Against the Dark Arts professor every year. This is later explained to be the result of a "curse" put into place (intentionally or unintentionally) by Tom Riddle after Dumbledore denied him this post (following the same denial by Professor Dippet many years earlier). Over the course of the series, we meet seven unique professors who fill the position, and each one acts as a symbol for the threat of the Dark Arts while painting an image of the state of the Wizarding World and Voldemort's power at each time.

Harry's first professor in this subject is a seemingly timid man. He shows insight (albeit all false, through the persona he creates) into the fear and terror of the first battle with Lord Voldemort, something Harry has only heard about but cannot remember because of his young age. Quirrell's constant stuttering invokes the sense of fear of Voldemort's presence; much like how Quirrell seems to be an non-confident man afraid of everything, so too is the Wizarding World still scared of the prospect of Voldemort's return, such that even ten years after the Dark Lord's supposed defeat and death, the mere mention of his name brings fear to almost all that here it.

In the final chapter, we learn Quirrell's true nature: one of Voldemort's most devoted followers who in fact allows the Dark Lord to share his body. This revelation introduces very early on that people may not be who they seem; a theme recurrent in every book that follows (the fraud Lockhart and the school champion Tom Riddle; the escaped prisoner Sirius Black; the Death Eater Barty Crouch in Mad-Eye Moody's form; Harry's self-struggle between light and darkness; Severus Snape's true allegiance; and Ron's struggles in Harry's shadow for all these years, to name one for each book). It also makes us realize how potent the fight between the dark and the light will be throughout the series, considering that the so-called professor of Defence Against the Dark Arts is in fact a master of the Dark Arts intent on killing Harry Potter. 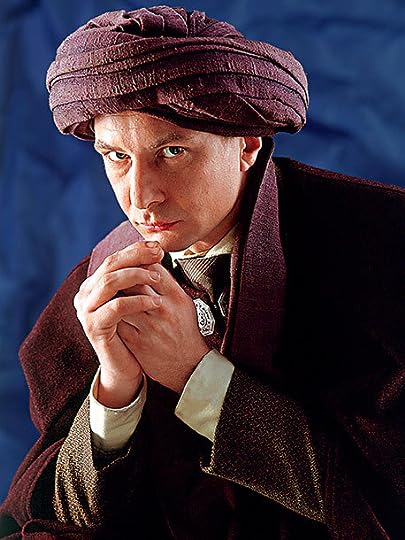 Of any professors of Hogwarts, I think the prize for "most iconic name" (accompanying his *many* other life achievements) goes to Gilderoy Lockhart. In Harry's second year, his professor of DADA is not the Dark Lord again, but instead a useless fraud. He does echo the theme that people are not who they seem to be, considering he has stolen the achievements of others for his own gain.

I think the most significance comparison of Gilderoy Lockhart to the state of the Wizarding World is that, despite Voldemort's return at the end of book one, the threat is still not real yet-- and false over-confidence will get you nowhere. Gilderoy is completely useless as a supposed teacher of Defense Against the Dark Arts, perhaps already instilling in Harry the notion to teach his friends himself, as he does in Order of the Phoenix.

As Harry knows and chooses, even when the adults have been forced to step down or they are too cowardly to do anything, it is up to him to do what is right. At 12 years old, he is much the same person already who will step out with only his two best friends at his side to bring down Voldemort by destroying his Horcruxes in five years' time. 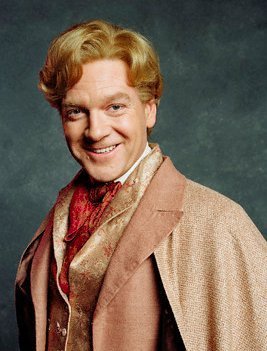