37 views
Art History > The racist message hidden in a masterpiece

Kelly Grovier looks at how the colour black has illuminated and concealed, from early cave drawings to the square that hid a racist message.

"Black is where art begins. From the moment mankind felt an urge to scrawl on walls, it reached for black. Analysis of early cave drawings reveals that our paleolithic ancestors forged from fire the first tints, smelting from bone a charcoal pigment that gave art legs. Every subsequent application of black in cultural history echoes its ritualistic origins and resonates with a sense of resurgence: burnt skeletons into living symbol." 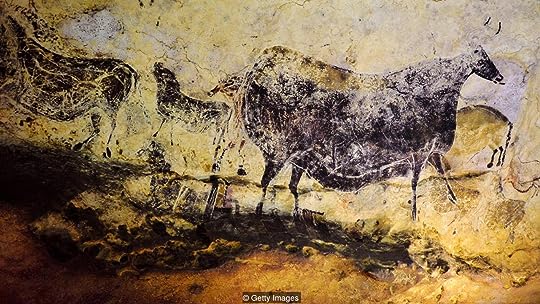 "Associated superficially with melancholy and mourning, the macabre and malevolence, black seals within itself an unexpected paradox of optimism. Every origin story, from Genesis to the Big Bang, is predicated on a pre-existing blackness as the foundation for the effulgence that follows. Black isn’t simply where we start, it was before we started. Without black, neither the stars nor soul would have anything to kick against...The history of the word itself is telling and can be traced back to a Proto-Indo-European forebear, bhleg, meaning ‘flash’, ‘shine’ and ‘gleam’. ‘Black’ is thought to be a close cousin too of Latin flagare: to ‘blaze’ or ‘glow’. Though, optically, it may denote the complete absorption of light, on a profounder artistic level, black is hardwired for brilliance. Wherever we encounter black in art, we must look past what is sad, sullen or sinister on the surface to a secret splendour glowing within...

Ancient Egyptians were accustomed to such subtleties of insight, as is evident by the face of Anubis, the god responsible for ushering souls into the afterlife. Embalmer of the flesh and weigher of departing souls, Anubis was himself a hybrid being – a curious concoction of man and jackal. His canine head was invariably depicted by artists as the same gruesome obsidian that mortal flesh turns during the process of mummification, which Anubis oversaw. As any native of the Nile valley would have also known, however, intense black is likewise the shade of the richest and most fertile silt. Anubis’s black countenance looked, therefore, in two directions – towards the frailty of our skin and fecundity of the soul." 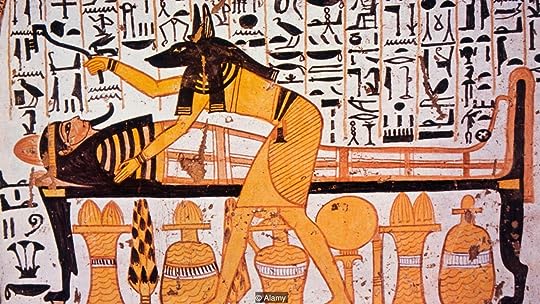 Ancient Egyptians depicted Anubis, the god who took departed souls to the underworld, in a shade similar to the most fertile soil (Credit: Alamy)

"In Western art, no artist more skilfully sculpted shape from shadow than Michelangelo Merisi da Caravaggio. The unremitting darkness from which his two versions of the biblical Supper at Emmaus (1601 and 1606) are chiselled demonstrate a keen sensitivity to the mystical qualities of the colour black. 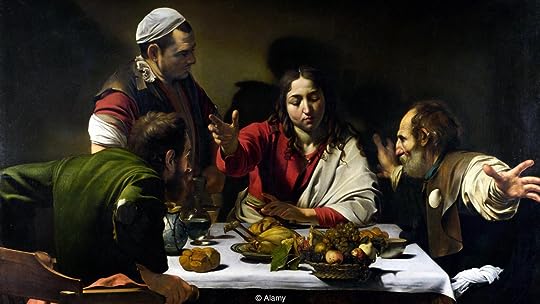 Caravaggio advanced a chiaroscuro style in paintings like Supper at Emmaus that became known as tenebrism – for its replication of the effect of Tenebrae candles (Credit: Alamy) 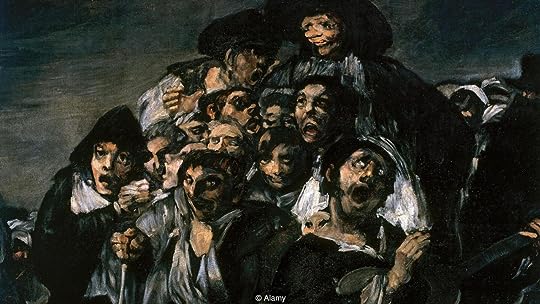 When Goya’s work became more individualistic later in his career, black made his images of the comic and the horrific, like A Pilgrimage to San Isidro, pop (Credit: Alamy)

"Though Michelangelo and Caravaggio set the tint and tone for the myriad majesties of blackness that would follow them in Western art history (from the shade that shadows Rembrandt’s piercing stare in his serial self-portraits to the engrossing grotesquerie of Goya’s Black Paintings), it is worth remembering that not every black hole is deep." 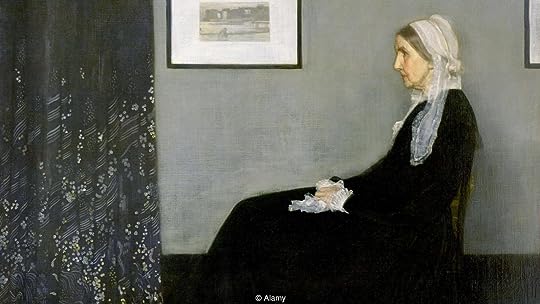 ames McNeill Whistler’s Arrangement in Grey and Black No 1, famously known as ‘Whistler’s Mother,’ is one of the most iconic works of American art (Credit: Alamy)

"Some may find it tough to stare squarely in the eye American painter James McNeill Whistler’s iconic sidelong portrait of his seated mother (painted in 1871) knowing, as we do, the artist’s penchant for racist remarks and his fondness for slapping abolitionists in the face. The artist of course shouldn’t be tarred by the appalling allegiances of his brother, who wore the grey uniform of the Confederacy in its doomed efforts to perpetuate slavery, but the fact adds context. Whistler’s mother herself, who once tried to stop the black wife of her uncle and their children from acquiring family land, makes an ironic subject for a painting whose official title, on reflection, feels more than a little racially charged: “Arrangement in Grey and Black”." 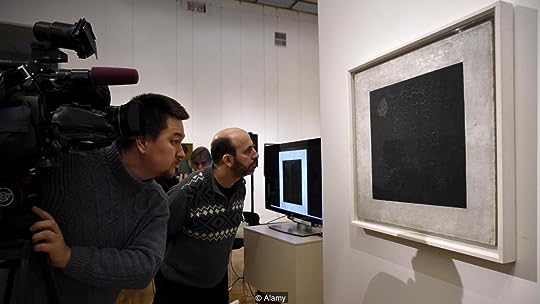 "The lurking words “battle of the negroes”, too gutless to show their face in full view, are thought to be an allusion to a racist phrase – “negroes battling at night” – used by a French humourist for an 1897 cartoon of a black square. With that disappointing discovery, which succeeded in recontextualising the work from pioneering masterpiece to appalling misadventure, the inner light of a painting that had, for decades, been the source of meaningful meditation, suddenly went out. "

"In more recent years, the dark way lit by the black light of Anubis and Caravaggio, Michelangelo and Rembrandt has been kept gleaming by the genius of American multimedia maestro Kara Walker and British artist Mark Alexander. Walker’s stark cut-outs have, since the 1990s and her mesmerising mural Gone, An Historical Romance of a Civil War as It Occurred Between the Dusky Thighs of One Young Negress and Her Heart (1994), shone a penetrating light on prejudice and misogyny when many in the mainstream art world preferred to keep such issues in the dark. 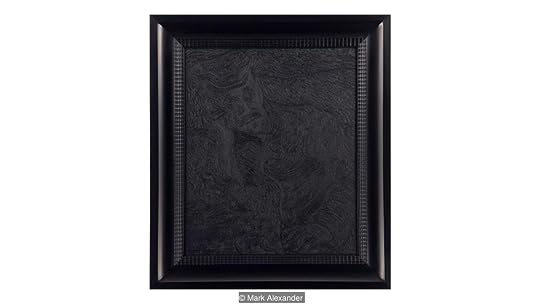 "Alexander’s smouldering reinvention of Vincent van Gogh’s poignant portrait of his physician Dr Gachet (which has not been seen in public since its owner, the Japanese businessman Ryoei Saito – who died in 1996 – threatened to be cremated with the post-Impressionist canvas) is a masterclass in black’s enduring capacity to resurrect the spirit of physical loss. The eerie Blacker Gachet (2006) sees the artist’s echoing hand rescue from oblivion every brushstroke of Van Gogh’s original to sculpt a gaze that glows longingly from whatever undiscovered realm lies waiting for us in the great beyond.

I don't think I've ever seen that Goya before. Very cool! - )

Most of my artwork pops with colors. I am intrigued now to look at the darker pieces of art.

Hi Kim! Have we heard from you before, or are you new? Thank you for your comment!

You’re right, a lot of art has a lot of color. In my folder Questions from the Met, there is a thread about the color black where several darker paintings are posted there, too. If you want to check it out.... just a thought. (Click on the title of the folder ‘Questions from the Met’ to expand all the threads under that folder)

If you’re new, welcome to the group!