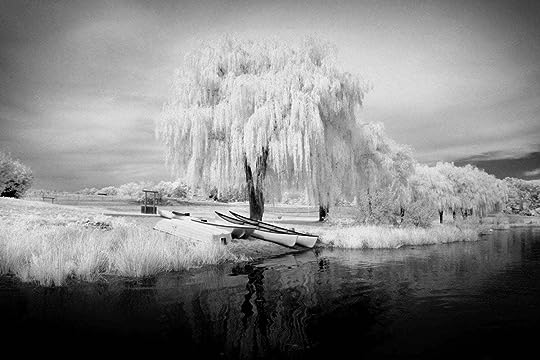 Mod
Sab leaned back in the canoe looking at his little dove, she still hadnt opend her eyes "little dove?." he asked

Mod
"see little dove this is the real thing, what you think of this river is only in your dreams, look down to the water, you see all the pictures of people crying, ..carful.. DONT TOUCH THE WATER!" sab yelled swatting her hand away from the water

Mod
" as i said before you think you know this river but its only in your dreams , see those people in the water down their, this is called the weeping song, if you listen carfuly you will hear their voices sings softly, but try not to listen to much i dnt wanna jump into the river and die trying to pull you out." sab stated

Mod
sab shock his head " no, if u watch you will see their only dreams, watch them closly and u will see."

Mod
sab smiled " well little dove" sab stopped he didnt really know what to say, perhaps it was because he was alone for so many years that this little girl somehow intreaged him " well... i think its perhaps that i wish a friend, and you seam like the perfect person" sab brushed

Mod
"hmmm well we go could just about anyhwere" sab smiled "where would you like to go ?"