Yaoi and Yuri to The Max discussion

Mod
Okay, so Guy A is a popular guy, right? He loves to party, and enjoys having fun with the ladies. But one night, he meets Guy B at a party. Guy B is openly gay, and constantly gets bullied for it, but he doesn't usually let it get to him. But anyways, Guy A meets Guy B at a party, not knowing about Guy B's sexuality. They start to talk, and eventually, Guy A ends up completely wasted. He tells Guy B things that he usually wouldn't say to a guy, but a girl. They end up kissing, and people take pictures if them, which ruins Guy A's reputation as a jock/popular guy, and Guy B's bullies get even more violent and grow in numbers. What will the two do now?

Mod
Sure go for it! Wanna make them now? Oh, and do you prefer anime or regular pictures?

Mod
It doesn't matter how detailed we get, you can do whatever template you want ^^ I just do a simple one 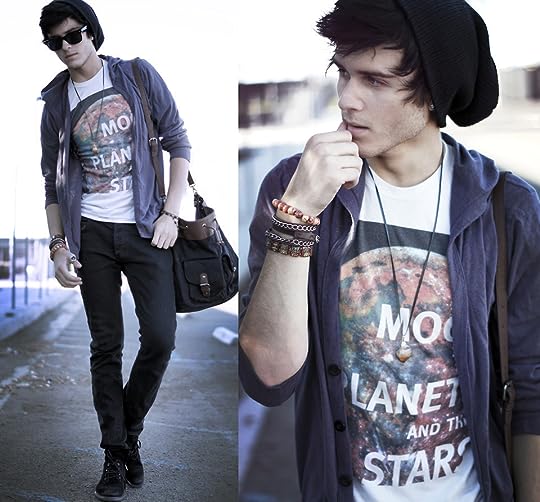 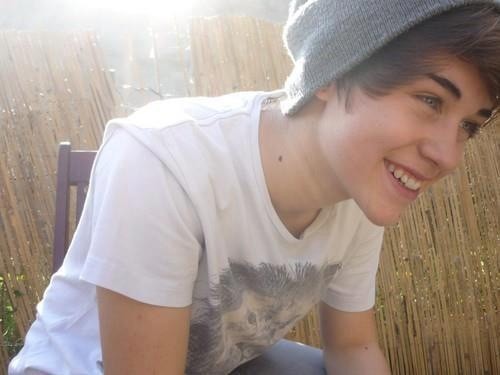 Antonio was drinking from a red cup, shuddering at the taste of alcohol on his tongue. He grinned as the girl he was flirting with kissed him, wrapping his arms around her waist and running his hands down her sides. He pulled away when he heard his name, and looked up to see one of his jock friends had just arrived.

reply | flag *
message 15: by [deleted user] (new)
Aug 02, 2014 06:28PM
Rex was invited to the party by one of his friends that was a girl. She was like his only friend. He walked in right after some jock ahead of him. He sighed and looked around, trying to find An allison, his friend.

Mod
Antonio had left the girl he was kissing and walked up to his friend, laughing as the two bumped their fists together. "Hey, what's up man?" he said as he grinned. He glanced at Rex and then walked away with his friend.

reply | flag *
message 17: by [deleted user] (new)
Aug 02, 2014 06:41PM
Rex looked at Antonio and raised an eyebrow. He shrugged and went into the kitchen and grabbed a soda, opening it then went and sat down on the edge of the couch, by himself. His friend was no where to be found.

Mod
Antonio had sat down on the couch and sighed heavily, laying his head back and looking over at Rex. He grinned and leaned over, "Hey, you." He said, "What's your name?"

Mod
"Name's Antonio, but mostly everyone calls me Tony. What school do you go to, Rex?" he asked, and you could smell the alcohol on him.

Mod
Antonio raised an eyebrow, "Oh really? Then why haven't I noticed someone as attractive as you before?" he asked, giving him a seductive smirk.

Yaoi and Yuri to The Max