мѕ. ωα∂∂ℓєѕ νєяу ∂єтαιℓє∂ αи∂ ¢яєαтινєℓу ℓανιѕнє∂ тємρℓαтє©
↳(view spoiler)[ This character may not just take countless hours because of great imagination but also has been complied with great depth of detail and so many other little pieces that have been twerked so it can be this great template it is today. However any person who desires to use this without permission or posts it like so has the full right to delete that post instantly.Though if I see one person who uses my dividers for my gifs or pictures then that is copy writing which is illegal by law. If you desire to use this at least ask for permission or message me so I know. (hide spoiler)] (view spoiler)[ However you're still allowed to use the gifs I use for my template. (hide spoiler)]

''I live for myself. Not for others. You stand in my way I will knock you down like the rest. Just watch for my arrow and bow and you'll know I'm coming right for you.''

Caterina ≫ 「As a girl's name is pronounced KATH-rin, KATH-er-in. It is of Greek origin, and the meaning of Catherine is "pure". From "katharos". The name may also have been derived from Hecate, the name of the Greek goddess of magic. Another possible source is Greek "aikia" meaning "torture". All these meanings might have been associated with Saint Aikaterine of Alexandria (fourth century), who was born a pagan but died as a Christian martyr. English form of Katherine also used in France. Catharine is the English-only form. One of the great traditional names for women, with variations in many languages. The name of several saints and queens, including Catherine the Great, empress of Russia, and three of Henry VIII's six wives. Modern-day short forms are usually Katie instead of Cathy.」

Rose ≫ 「As a girl's name is pronounced rohz. It is of Latin origin, and the meaning of Rose is "rose". Flower name from rosa. The name, which the Normans brought to Britain in the 11th century, can also be traced to the Old German words hros meaning "horse", or hrod meaning "fame, renown". The flower meaning is possibly more valid, given the Christian symbolic meaning of the rose. The "rosa mystica" is the Virgin Mary. An elaboration, Rosario is popular in Spain.」

Cater ≫ 「The name Cater is part of the ancient legacy of the Anglo-Saxon tribes of Great Britain. The name was taken on by someone who worked as a caterer. The surname Cater was official name, "the cater", derived from the Old French ale catour, a little meaning a buyer of groceries for the gentleman's house. They were in charge of maintaining provisions in minors and castles. The cater's job assumed a great importance during extended sieges of his lord's castle, which could last for years.」

"I'm falling and falling but do I know why? No. But I do know I'm lost in my own world. In my own mind because of crazed mind people tell me I have."

"This face shows more then what I care to say or acknowledge. If I have to acknowledge failure then let it be so. But going three times on the failure path is absolutely not going to happen. I will fulfill what needs to be done at any given time or moment."

{Division} Booth
{Grade} Junior |11th|
{ Speciality} She prefers her crossbow more then her sniper to be quite honest as she likes the enjoyment of using trick arrows then shooting someone with a gun. Caterina mostly finds that if you shoot a person with a arrow it will hurt a lot more but then again so can a gun right? But it's mostly what you prefer the best is what she thinks. 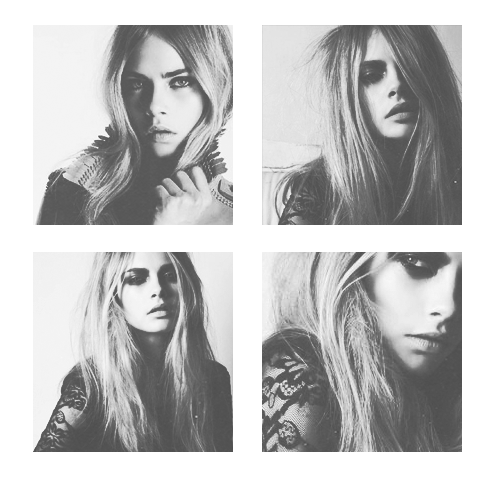 Eye Colour► Hazel but in the light looks like a very pale green.
Hair Colour► Blonde but with some strips of her hair being dark colored such as dark brown
Vocal Attributes► Her voice sounds rather very sweet and sometimes appears as innocent but with the heavy hungarian accent you can sometimes barely understand what she's saying altogether. However when it comes to her laugh's it sounds like very soft and comes out as quiet which she likes it to appear that way.
Distinguished Markings► She has one piercing on her nose as a tiny stud when she puts it in and then her ears are pierced but nothing overly dramatic. Sometimes she'll wear is ear cuffs or ear cuffs where one part is attached to her lower ear lobe and the other part is attached to the higher part of the ear lobe where it dangles against her skin. (view spoiler)[ 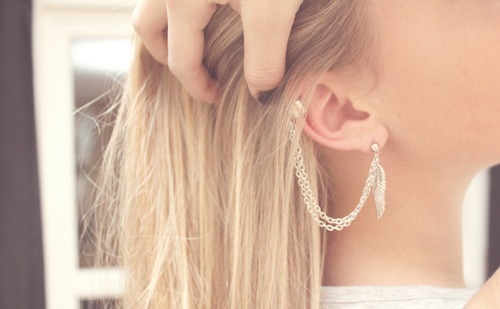 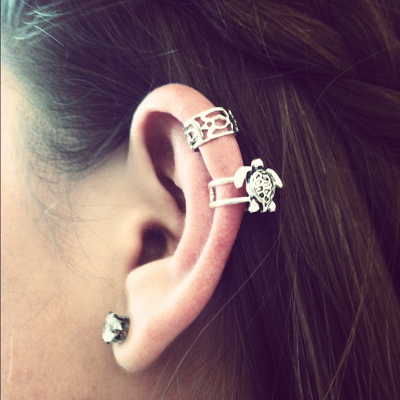 (hide spoiler)] The last thing has as marking on her body is two tattoes. But nothing to the extreme or overly bizarre. She has a rose tattoo on her right hand that has vines going through the rose that intersects to the middle of her right inner arm and has a writing in calligraphy that says,"Love matters if you make it matter." The last tattoo she has is on her neck is of several birds with a feather going through one of the bird's mouth.
Style of Dressing► It could range anything from earthly tones of colors to anything dark with blues, greens, purples, blacks, reds,etc...However she does once in awhile wear skirts, dresses, and perhaps a nice pair of shoes. But mostly she wears short shorts, skinny jeans, combat boots, beanie's, and sometimes nicer pieces of clothings if she desires or is in the mood.


▌ Personality ▌
Caterina is a mixture of all sorts of emotions and so many things all combined. Where do we even start for one with how she truly acts to where it all went downhill from there? The beginning for one. She slowly started to gain her feelings and what makes her her obviously when she was little but she now a day's puts up a wall or rather a barrier ever since the incident with her family back in Freshmen year of school. Cat really tries to not talk a lot unless asked upon. However she can go from one day being really excited and all sorts of happy feelings to the next being depressed and frustrated. Some think she's crazed or bipolar for one. She knows she's not. She knows she just has some issues to deal with. Some issues she rather not say than others. Maybe her ex-boyfriend? Her brother she thought she could trust? Her mother who she loved dearly that died on her when she needed her the most? For all she knows it could be every one of those items that were just listed. Or perhaps it could be a variety of everything combined into one. For, Caterina she used to be a very compassionate girl and fun loving type but now she cares for herself and only herself unless she let's someone into her circle and let's them know her deepest of deepest feelings. Rose was never brought up into one of a good family and always associated with drugs and alcohol but what brought her out of those addictions were her skills with a bow and arrow along with a variety of guns. It helped her to be...well different or more cruel than before. In most ways, Cat is a very intelligent girl and practical when it comes to needing to be. Cat knows her ability with a crossbow won't get her far and it's waay too old school but she likes old school techniques. Her father taught her the old school techniques which was great while it lasted. It lasted about till she was thirteen. Other than that her attitude is quite a mystery unless you guess correctly. To be blunt she rather not discuss a whole lot. For all anyone knows she could appear to be a tomboy for whom she grew up to act like with two brothers around. However she used to be such a sweetheart when she was around, Mailiak. Her used to be lover since Freshmen year of school. He was the best part that ever happened to her. But when he broke her heart he broke it badly. Guess love isn't cut out for everyone? For her it seemed like so. Being european didn't mean it all it's good parts. It had it's bad parts too. Or maybe it was because she was blonde and she looked like a model to begin with?

(view spoiler)[ You mean the collage of, Cara? I'm a bit confused. <~< Though I'm using templates which are the basics when you're are better then mine with the banner's. :x (hide spoiler)]

(view spoiler)[Yeah, the one of Cara. It's so nicely done~
Bah, mine is really half-assed. I feel like I could do better, but dunno how >.> (hide spoiler)]