Mod
Dr. Isabel Favor, author of Four Cornerstones for a Favorable Life, has sacrificed everything to build her self-help empire. Then, in a matter of weeks, it all comes crashing down. She loses her money to an unscrupulous accountant, her fiancé to a frumpy older woman, and her reputation to headlines denouncing her as a fraud. America's diva of self-help soon discovers she can fix everyone's life but her own. Broke, heartsick, and soul-weary, she heads for Italy in search of a little breathing room.

Lorenzo Gage makes his living killing people... on the silver screen, that is. He's viciously handsome and sublimely talented. But as he begins his vacation in Italy, he's also vaguely dissatisfied. Being a villain with a face to die for has its rewards, but he hates the feeling that everything he's neglected in life is catching up with him. Then he spots Isabel sipping a glass of wine in a sidewalk café. A good guy wouldn't think of seducing such a tidy-looking woman... but he'd never seen the fun in playing the hero.

It doesn't take long for Isabel to realize she's escaped one kind of chaos only to be plunged into another. Even the shelter of a simple stone farmhouse nestled in a Tuscan olive grove can't provide her with the refuge she needs—not when the townspeople are scheming to drive her away, and her plan to restore her reputation has come up empty. And especially not when the man who deceived her refuses to leave her in peace. 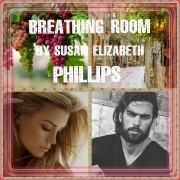 I just finished BREATHING ROOM and really enjoyed reading it again. The banter and sizzle between Isabel and Ren was great. At first I thought that no way these two would end up together but I was proven wrong. They were perfect together.

If you want book that has fun, laughter, more serious topics, also beautiful Tuscan scenery...then this book will be perfect for you to read in beautiful summer evening. In a way SEP's books are therapeutic and they make me feel good. Hope this will apply to others as well. 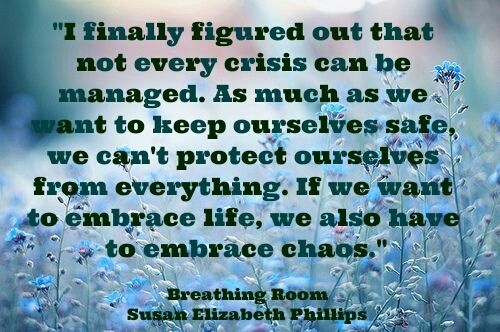 Haven't read this one. Ordered it. Hope to start this weekend. Sounds interesting.

It IS interesting and I hope you will enjoy it Marika.
I wonder if Eat, Pray, Love author was inspired by this story?

I just finished Breathing Room and I loved it. As Eve said, it is a good mix of humor and serious moments and topics. The chemistry between Ren and Isabel sizzles. I enjoyed the setting in Tuscany and the references to the locale and the cuisine.

Before I read this, I had just finished reading Women in Sunlight by Frances Mayes which just came out in April. It is the story of three middle-aged American women who rent a home in Tuscany and reinvent themselves. It is a delightful read as well and with some similarities to Breathing Room.

Judy, so glad you enjoyed Breathing Room. Funny how you got to read two books in a row that were set in Tuscany :)
Have to check out Women in Sunlight. Sounds very interesting and something that would suit for summer/holiday read.

I finished BREATHING ROOM last evening and I also loved it.

I enjoyed main story of Ren and Isabel. Its so refreshing to get little different characters and problems. I really cared about Isabel's. Loved watching her journey towards accepting a little disorder in her life. Too often we search for perfection and order in our life but in the process we forget to live and enjoy our lives.
I enjoyed the fixing of a marriage as a secondary story. All the kids were darlings.
I love the descriptions of Italy and Italian culture. Makes me want to visit Tuscany.

This story made me feel good. Plan to re-read it soon.

Generally all SEP-s stories do so because they remind us that even though everyhing might be under our control, things may change and then you can be a little braver and grow a little bigger, find your inner strength and move forward. The character development / growth is one of the thing I enjoy in SEP's books. Just as her humor and banter.