Hello all, any zombie lovers in the house? Just wanted to give a shout out. Book 2 of my trilogy is available for preorder on Amazon, and will be released on June 1. Below is a blurb, and if you haven't read the first book, it is free if you sign up to my newsletter at troymccombs.com

Some things are worse than zombies, and they're alive and well...

After a disastrous zombie outbreak ravages the majority of the population of the United States, the remaining survivors are rounded up and flown to remote locations—safe-zones—until the pandemic can be resolved. Maynard Dunn, his family, and new acquaintances soon find themselves on Conlaven Island, a perceptible paradise... at first. But only days after they arrive, they learn that not all is as it seems. People go missing, some are found dead—then undead—and the destructive military force has apparently become unhinged by the broken state the world is in. Maynard, as well as everyone else, soon learns that zombies may just be the lesser of the two evils compared to deranged, reckless humans.

These wolves in sheep's clothing, unlike the zombies, are armed.

The civilians are not.

How will they survive this—what's supposed to be a secure refuge?

Read to find out! 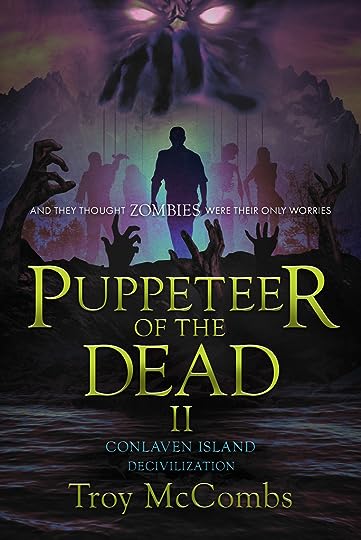