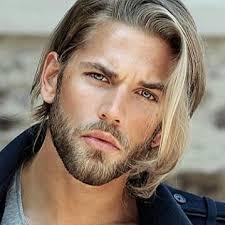 Virgil was lost, tired, and slightly bloody. All these buildings were so much smaller from the sky but now that he was walking, they towered over him and loomed menacingly. Half naked in the tattered clothes that he manage to find, the poor man saw a small building, one that did not terrify him as much as the others and walked up to it, gripping his side the whole time. When he reached the door, a loud bang could be heard, since he hit it with all his force and then slumped to the ground, sitting there and trying to figure out where he was or what he did to deserve this pain. 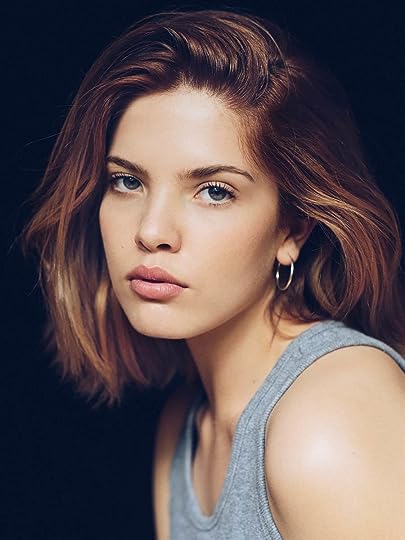 Hazel just got home from school, she was tired having to work in the morning and go to school right after. She put her backpack on the table as she walked into the kitchen. She didn't eat all day so she decided to cook something real quick. She throw a hot-pocket in the oven and went straight to her bathroom to take her shower.

Once she got out she dried herself off and wrapped herself up in her towel. She smelled the hot-pocket, meaning it was done. She lived alone, and saw no point rushing to get dress. Hazel got her food out the oven and sat down to eat while she studied for a test that was tomorrow. She had been on her own since she was young, so she was use to not having many friends and not much fun like others her age were having.

Hazel was almost done eating when she heard a loud thud into of her house. She frowned as she glanced at her front door for a second before she got up. She grabbed a football shirt from her ex's that was on the couch. She didn't know why she still had it, it has been years since the two even talked. She got dressed quickly before she went to the door. She slowly opened the door and saw a man on her step. She was about to close the door back when she realized that he was bleeding. "Oh.. A-are you okay?" she said as she opened her door fully. She walked and kneed down to the man.

Virgil looked up, his vision a little blurry but he could make out another human, female by the looks of it. He managed to sit up a bit straighter, letting the woman look more at his wound. Then, the large man took a deep, shaking breath and spoke, it was full of accent that wasn't recognizable. It also sounded like he didn't know much English.

"I..uh, help. Another man, he stabbed me.." Virgil got out as much as he could and gripped his side harder, feeling more blood coming out in a pulse. "P-please..hurry..er" He struggled to speak in the tongue of the human but knew enough from time exploring the planet on his own. The man wore what was basically a long black coat, shirt and pants, but all of it was so tattered it was hard to tell what it was. A hand went on the shoulder of the woman and he just stared at her with large, pleading eyes. The wound on his side wasn't deep but was still somewhat fresh, not even happening a half hour after he woke up with this new body.

Hazel couldn't hardly understand what he was saying but she tried her best with what he was giving her. The major point was he was bleeding and he needed help. And this stranger happened to pick the right place. Hazel was studying to be a Surgeon. She worked part-time at the hospital a few blocks down. She helped him inside, carefully not wanting to cause him anymore pain that he was already in. "Come on inside." she said softly as she walked with him inside. She helped him to her couch. "Sit." she said as she patted the couch.

Once she had him laying on the couch she raised his shirt up to get a better view of the wound. It was in pretty bad shape. "Stay." she said as she left him alone for a quick second before she came back with a med kit from out her room. She placed everything that she was going to need on her table in front of the couch. He was going to hurt but she didn't have anything for the pain.

Listening to instructions the best he could, Virgil followed. It took a bit out of him to stand up but he did sit down in the chair with a large THUMP. Virgil got extremely anxious when the strange woman tried to lift his shirt, so he tensed up quite a bit, but stood extremely still. There were times where he held his breath and seemed dead, then Virgil would take a deep breath and mutter something in his native tongue or attempt English.

"H-how..det gjør vondt...bad is it?" Then other times he would just stare at her, just trying to get an image in his head of the first human he seen close enough to touch. When Hazel began to work on him he cried out in pain, not feeling anything so terrible in his former life, why did things cause this awful sensation? After a moment his large hands attempted to push her away, scared she was going to hurt him like the other man did.

Hazel was about to put some more alcohol on his wound when she noticed him raise his hand. She moved back for a second and spoke. "I'm not trying to hurt you. I know it hurts but I have to do this so it can get better." she said, she sighed and decided to ignore his slight threat hand. She moved closer and grabbed her stitches from the table. "This is going to hurt but after this I am done." she said softly before she started to stitch him up.

She was soon done with him. She didn't noticed until then that her hands were covered in his blood but Hazel never had a problem with blood. "There you go." she finally said as she stood up. She left him in the living room and went to her bathroom t wash her hands.

"W-what.." That was all that could be managed out of the large man before he just went silent and sat there, unsure of what she was even doing to his body. When she left, Virgil stared at the stitches and poked at it, which of course made him groan a bit in pain. "Hva er dette?" ((What is this?)) He called out to the woman, neer seeing anything like this before. "W-who are..du?" Virgil stood up to figure out where his "savior" went, and felt a little woozy. Then he felt embarrassment for the first time in a long while as he realized that he felt nearly naked. "Would you..umm..ha noen klær. I mean, have clothing?" Virgil moved some hair out of his face a took a step, then quickly sat back down as the dizziness was becoming to much.

Hazel heard the man speak, she walked out the bathroom once she was done with her clothes. It was heard to understand anything he was saying but once he spoke of clothes clearly. Hazel smiled softly and nodded, she walked off into her room and grabbed some more of her ex's clothes. She walked out her room, she had a shirt and pants for him. She wasn't sure if they fit him. She handed them to her and she started cleaning up her table. "You can stay here tonight. And tomorrow we can find your wif- well um your family." she said, she caught herself when she noticed he didn't have a wedded band on. So he wasn't married, right?

"I..have no family. Thank you for clothes." He took them, then slowly and very awkwardly went into a room to change. The clothes felt a bit tight but they would be manage. He came out, his arm still on his side and slowly took a seat away from her. He was so curious about the woman already, and his eyes gave it away, they shone with wonderment. "I..err." The man was trying his hardest to speak, so he took a deep breath then finally spoke in somewhat ok English. "Where am I? I..don't even what happened to me. All i remember is a man that i tried to smi-" Virgil did stop himself and corrected himself, using human terms. "Fight back and he used a steel tool to put in my side."

He has no family, well Hazel can relate with him on that. She sighed softly as she nodded. She stood in front of him holding her stuff she used on him. She frowned at the parts that were heard to understand. She let him finish speaking before she spoke. "Well.. Your in New York.. And umm, I'm sorry that happened to you." she said, some people thought the city life was so perfected but it really wasn't. New York had a lot of people and more than half of them seem like the bad type. She sighed and gave a smile. "Well, you can have the couch. Until you get better." she said. Even if he was the bad kind, he was injured. So he wouldn't be able to move without her hearing him. So she saw no point in kicking him out, plus what if he was 15% of the good kinds in New York.

Hazel walked out for a quick seconds and came back without the cotton balls and other things that were in her hands. She was holding a blanket. She placed it beside him realizing the time. "I have to wake up early tomorrow. So goodnight." she said with a soft smile and wave before disappearing down the hall into her bedroom. Hazel closed the door behind herself like she did every night. She got in her bed and was having a little trouble going to bed. She knew it had to do with her having a complete stranger in her house but still. She felt like she was doing the right thing.

"New..York?" He hadn't heard of this place, but it seemed interesting. When given the blanket he smiled at the woman and nodded. "Good night, Miss." He then sat on the couch, though he didn't go to bed right away. He first knelt and gave a prayer, which could almost be heard. He spoke the language of angels ((but i use Norwegian if you want to translate any bits)). ''Herre, hva skjer med meg? Hvor er vingene mine, hvor er mine krefter? Hva har jeg gjort for å fortjene dette? Fordi jeg ønsket frihet, vær så snill ... Jeg trenger et skilt. I det gode navnet på den gode Gud Amen." Virgil then sighed, trying to sleep and just couldn't. The poor souls mind was racing constantly and couldn't relax one second. Virgil had to see osmething, so taking off his shirt. He looked in the mirror and saw it. Two long black scars on his back. The had taken his wings, he was a fallen angel. Virgil was on the brim of emotion and began to cry a little as he just sat there, staring at the wall, not even putting his shirt back on. Eventually the large man fell asleep, sitting up on the couch, gripping the still folded blanket.