Not really but would enjoy a fantasy/medieval castles and dragons type stuff. I can come up with some though If you don’t have any

No worries. I can come up with a few probably.

Muse A is of some noble birth with influence over the kingdom. Having a dream of a powerful mage turning evil and killing muse A and taking the throne. They’re face is revealed and it’s Muse B. Muse A’s long time best friend. Muse A has magical abilities as well but I’d not strong enough to take on Muse B’s. A keeps the dream a secret and tries to run off.

When you reach a certain age 1 out of four people are chosen for magic abilities. They are categorized such as water air fire earth. Muse A and B have precociously known each other but more as rivals. When they both come of age with powers they are forced to go to school and learn about their powers, growing closer together.

Muse A is the heir to the throne with a war on the horizon. When muse As father is killed in a battle by Muse B. The captain of the guard of the opposing kingdom. Muse B is not there by choice. Muse A wants B dead but not wanting to continue the war let’s the opposing kingdom send an ambassador to come an agreement. Muse B shows up at the kingdom gates. Both wanting an end to the war they slowly grow closer.

They’re kinda short and just open to ideas but that’s what I got. All of them can I have magic and magical creatures. Feel free to build on them.

The second one sounds good.

Okay. Anything you want to add?

So, are we going to get to character making? And do you have a template?

I usually just do name age appearance. Then whatever magical powers they have. Do you want romance. If so which gender pairing do you prefer?

Romance sounds good for this situation. And I don't really have a preference, so I wouldn't mind any, unless you do.

I guess Mxm I think that would be interesting. You can post your character whenever.

How old should he be?

Abilities: the ability to alter light. A subsection between air and fire he can create shadows as will as well as shift the light to camouflage himself and other things. He is still learning to see what else he can do.

Name: Liam "Lee" Terrill
Age: 18
Powers: Water, the ability to control any body of water, no matter how large. He's still working on doing better, like creating shapes out of water and such.
Appearance: 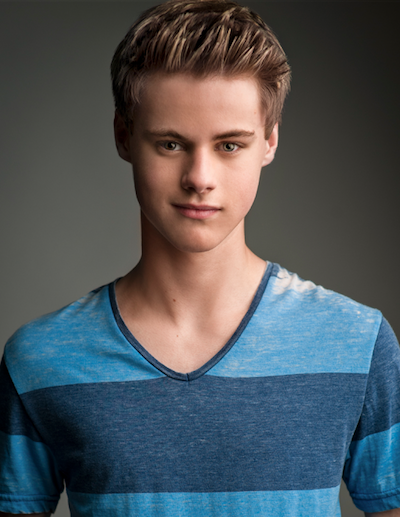 Maybe the first day of school?

Karson walked up to the front of the cathedral-like building where he’d be attending school for the next few years. He took a breath and looked around for others he recognized before he had to go inside and into the extensive lines and admission process. Seeing a familiar blonde haired boy he rolled his eyes. Of course Liam had the ability as well. It was the beginning of the school year and he had hoped he never had to deal with the boy again. Fate seemed to have the opposite planned for him.

Liam was prepared to attend this amazing school since it was a huge honor, and his parents had always wished that he'd make it in, and besides having magic, he was glad to make his parents proud. He took a deep breath, nervous about doing something stupid and endangering his status at this school. He looked at the long, and still growing lines that seemed to take forever to pass through, but he was so excited that he bounced straight into the line, right before skidding to a stop when he spotted the brown-haired boy that seemed to be the bane of his existence. And of course, Karson was here. He rolled his eyes, grumbling as he knew he had to deal with him for the rest of the year. Life seemed to hate him.

With no one else he recognized he carefully made his way over to the boy. “Liam.” He called. “Didn’t expect you here.” He tilted his head slightly in a dramatic pause. “Thought I’d gotten rid of you back at school.” He crossed his arms over his plain shirt and one of his bags jostled against his back. Everything on him was plain. A plain shirt. Plain trousers. Plain bags. Worn shoes. The only things of value he kept hidden. He was very minimal as he always was. He waited for Liam’s answer, studying him cooly.

Liam grunted a little. "You'd be wrong about that, Karson. You're not rid of me until we're both dead, or so life says." He crossed his arms as well, more to secure his backpack straps though. He had the same backpack on his back that his parents bought for him two years ago, and it was black and blue. He was wearing a dark blue and light blue striped shirt and a pair of khakis. He would've dressed up more, but didn't want to risk ruining his better outfits.

Karson sighed softly in annoyance. “So it seems.” He muttered. Eyeing him up and down curiously. “What ability did you get to get you permanently conjoined to my be a thorn in my side?” He asked. Giving him a pained smile.

Liam did the most obnoxious grin he had seen on people before and combined them into this one huge painfully sarcastic, obnoxious, smile. "Well, I have the ability to control water. What about you?" He knew that his ability sounded rather lame, but it was still useful nonetheless.