Who is your Dragon?:

Personality: Cold, quick, smart. She loves to be alone, but never without Valencia. She's calculating, and not the type of person to put their ego, pride, or temper ahead of the smart thing to do. Valencia matches her perfectly because while Ana is cold and quick witted, Valencia is warm, and very social and kind.

History: One day, Ana was out exploring in the forest when she found a large green stone. Intrigued, she took it, and later realized it was a dragon egg after some examination. At first, she considered getting rid of it, and thought she was unworthy, and would be a horrible dragon rider, but eventually she decided to keep it, and slowly Valencia grew up with the support of fellow elves, although there was much jealously.

Who is your dragon?: Valencia. She looks like this, but without that person next to her: https://www.pinterest.com/pin/4184126...

Other (optional) Anastasia is an elf

Personality: Smart, always calculating the risk and reward. can be cold but is great with other people but sometimes just walks off alone and takes some peace.

Dislikes: dumb people and the cold

History: He was out hunting for food for him and his brother when a stone fell on his head. He then took it to the tribe leader who gave it to the Varden who gave it to the Elves who then sent it around the place. A year later Day was taken to the Dragon Hatching and by mistake was put in with everyone else. He saw the egg and recognized it and the egg chose him. He got home with the dragon, but his brother tried to steal it and the dragon bit him in a spot where he died. Day was overcome with sadness but realized that it was an accident and brought his dragon up but the tribe leader called him a Sage and exiled him. He now lives in the Spine.

Who is your Dragon?: Shadow. He has black skin and deep black eyes.

Other: He lost his mother and father at the age of 13.

Is kind sweet caring helpful and loves her dragon keenly! She has an anxiety disorder and has struggled with depression and has had suicidle thoughts but is still here today! She loves to make people happy and loves to get to know people on deeper levels!

Likes cooking, farming, helping people with problems and tending to the dragons.

Dislikes cruel nasty people with no self respect.

She was out with her older brother Matthew when she came across keenly injured and week. So she patched up his wound and brought him back home to her parents who emphasized the love for dragons and then their bond grew with the dragon but keenly Prefered Janis so they practically grew up together and when it was time she flew away from home to go make herself one.

Keenly has skin the colour of lava and deep twilight eyes with a cactus like tail and he loves people and food!

Her family is still happilyliving and Matthew still come to visit Janis and keenly every two years!

Personality: shy, quiet, cut off from a lot of people, loves her dragon, introvert

Dislikes: death
killing anymore than she has to
dying
bullies
mean people
villains

History: she was born and raised in a small fishing village by the coast where she was raised by her father since her mother deserted them at three years old. She became a dragon rider at 15

Who is your Dragon?: haven't made one yet/working on it

Mod
WE FORGOT TO ADD RACE

Mod
mimi can you edit your first comment and add race after gender?

hiya, can I call you rep? just asking welcome to the group

Personality: shy, quiet, cut off from a lot of people, loves her dragon, introvert

Personality: Proud (not in a bad way), graceful, kind, sometimes distant and cold 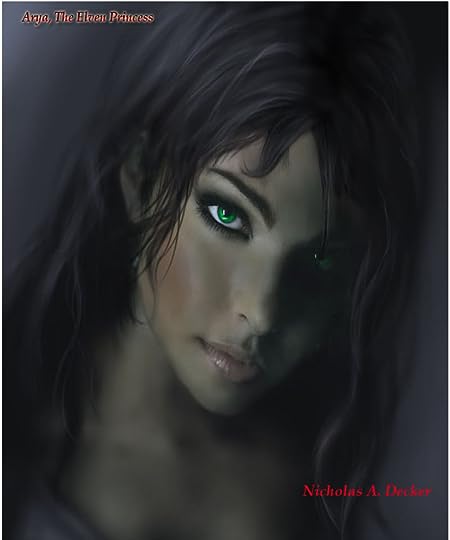 History: Grew up in Ellesméra with her mother and father as the princess of Du Weldenvarden. Father was killed by the Forsworn and her relationship with her mother became rocky, especially after she decided to become the elves ambassador to the other races. When she accepted the yawë on her shoulder, she was estranged from her mother for roughly 70 years. She became the carrier for Saphira's egg and that was how she met Eragon and all that stuff in the books happened. When her mother died she became Queen of the elves.

Who is your Dragon?: Fírnen

Other (optional): DEFINITELY LOVES ERAGON NO MATTER WHAT PAOLINI DOES IN THE NEXT BOOK.

Do I need to add race?

Mod
it would be most helpful

Ok siren then they are cool and unique is that ok or would you prefer witch,elf or human?

Ok cool! Thanks jinx and hope not to many men in this rp fall for my siren side😉

Sorry I have never read the books I just thought a siren would be something no one would think of!

Mod
Approved, that was really good.

Mod
haha glad to have you here then!

Mod
I LOVED IT

Mod
Jon- "I can't go to Hell, the Devil has a restraining order on me." wrote: "Name: Johanna, "Jo" to friends

Personality: Johanna is a typically silent character, preferring for Aweis to be her translator than speaking directly to others...."

Mod
then whyyyyy did you sigh?