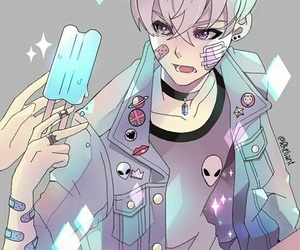 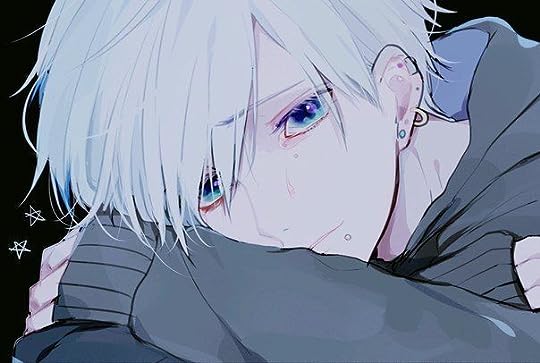 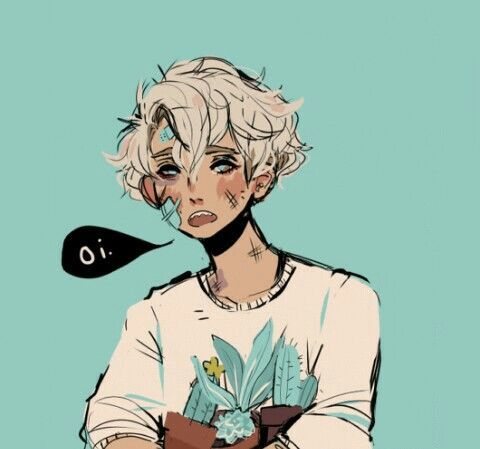 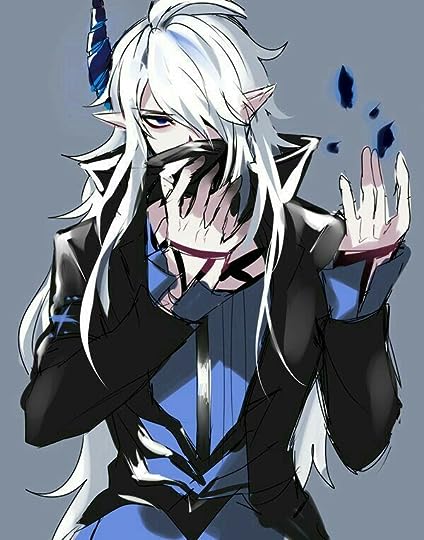 Personality: Tobio tends to be quiet, placid, bookish, anxious, indecisive only because he's more submissive, he has strong morals.You can sense this sort of “smallness" around him. He's actually a bit edgy. Tobio doesn’t like to talk much. While he’s smart he doesn’t show it and remains an enigma to most people. He prefers it that way. When people know too much about him he tends to push them away. If he really thinks he connects with someone though he's willing to let them be a bit closer to him than others. Tobio tends not to sleep or eat too much and as a result he's got extremely dark circles under his eyes.
Gender: Male
Age: 16
History: Tobio was an only child so his parents tended dote on him, much to his dismay. They were constantly concerned over how much sleep he got and where he was at all hours of the day. He found ways around this though. Clever as he was he never had a knack for saving himself. He didn’t much care what happened to his body so he often came home with random cuts and bruises here and there from running into things while reading and walking. He was once so deep into a book he walked into the middle of the street and got hit by a car sending him to the hospital for three broken ribs and a dislocated shoulder. His demon form never really came out unless he got extremely upset. When he was angry especially. His parents had always tried to train him to keep it hidden but eventually after his horns came out at school in second grade they pulled him and started homeschooling.
Sexuality: Pansexual with a male lean
Relationship Status: Single
Quirks: He can quote most classics (Shakespeare, Poe, Austen eyc.) from memory
Likes: Volleyball, cooking/baking,aliens
Dislikes: Worms, loud people, narcissists
Strong Point: Fast, silent, quick thinker, good in hand to hand combat
Weak Point: Can be oblivious if he’s too focused on something, is very awkward, often gets lost in interesting eyes
Powers/Abilities: He mainly works with fire and basic levitation, he’s still training his powers
Transformation: Demon? He grows horns basically.
Species: Demon 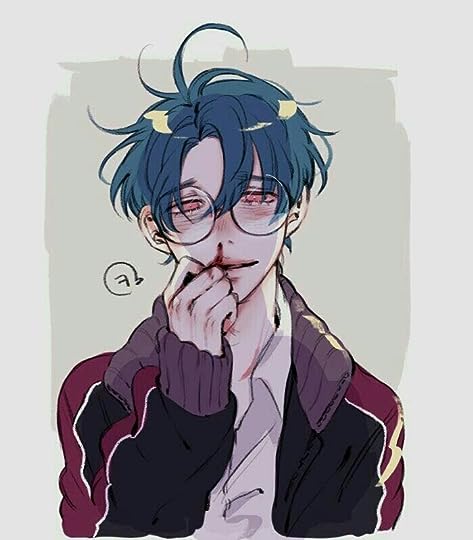 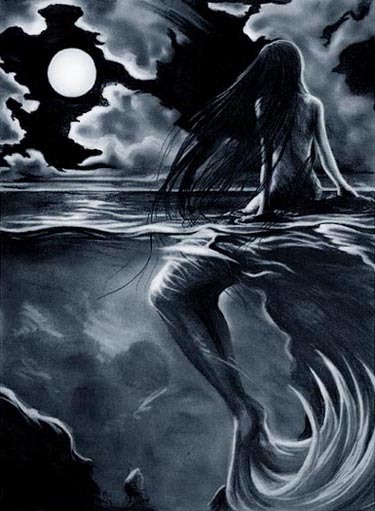 (Matte Black)
Personality: He’s really go-with-the-flowish, its a mermaid cliche but he doesn’t care. He’s pretty laid-back in the water but school is different for him. He wears a blue necklace with his initials dangling from it that gives him the ability to have legs when he wants them. He’s always nervously messing with it when he’s around too many people. He’s pretty open about his wounds, he gets in a lot of fights when he goes home the holidays for going to school on land. Once on land he discovered coffee and now has a minor obsession with it.
Gender: Male
Age: 16
History: Born from an egg like most mermaids, Sphinx was under average in size. His tail had no shimmer either which concerned his parents but they stopped worrying when he got a bit older. He’s got no brothers or sisters, just close friends who try to keep him safe over breaks. He was always scared of humans because they ate seafood which was never okay with him seeing as he loved his friends. He accidentally got caught in a fishing net once but a crab whom he loved dearly saved him and later was caught himself and nobody’s seen him since sadly.
Sexuality: Pansexual with a male lean
Relationship Status: Single
Quirks: He’s very good at keeping secrets
Likes:Tea, hot cocoa, mochas (caffeinated beverages really), varsity jackets.
Dislikes:Worms, crowds, seafood
Strong Point: Kind, easy-going, can be personable in smaller groups
Weak Point: Crowds, buckles under too much pressure, can be easily distracted
Powers/Abilities: Even in human form he can breath underwater he just sprouts gills on his neck.
Transformation: Mermaid? He just grows a tail
Species: Mermaid 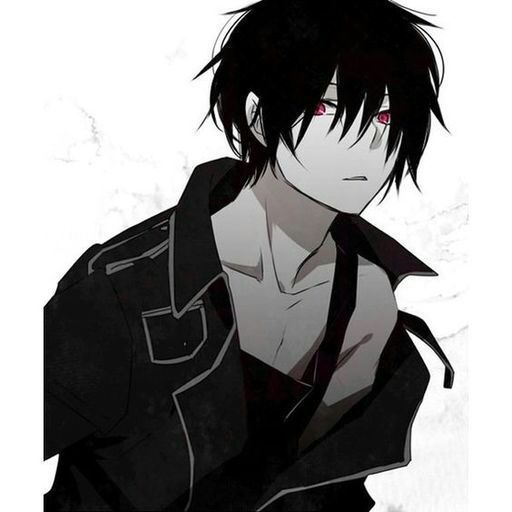 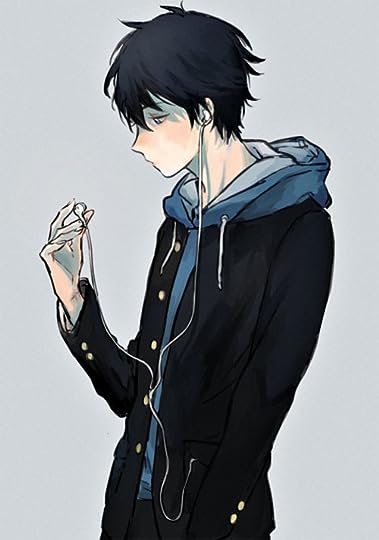 Personality: Alex is a hopeless romantic with plenty of fantasies of how love should work but he pushes away everyone who’s ever liked him because he’s scared to hurt them. When he’s thirsty for blood he can hardly control himself because he tends to stave it off for as long as he can before he becomes practically a monster. His eyes are never open when he feeds though because while he needs it to survive the sight of blood makes him pass out. Although nobody knows it he hates being a vampire and has apologized to everything he’s ever fed off of before and after it’s death. The sun doesn’t exactly hurt him but it makes him uncomfortable if he’s in it for too long and he gets wicked sunburn.
Gender: Male
Age: 16
History: He was turned as a child in the forest where his mother often went hiking with him. They were together when they're attacked. His mother was turned as well but was killed soon after. His father had died in a car crash years earlier and now he was eight years old and afraid in the woods. At first he was sent to live in an orphanage but nobody would take him. He was kidnapped by the vampires who turned him and raised as one of their own. He was seen as weak and was cast aside often enough that he developed a hatred for his own kind. He grew too strong for any of them to control. Feeding off his own hatred for them.
Sexuality: Pansexual with a male lean
Relationship Status: Single
Quirks: He’s great with children and nobody can explain it because he’s actually really bad with people his age
Likes: Emo music (MCR, PATD, FOB),cats, black, grey
Dislikes: Worms, beaches in the daytime, “beauty gurus”
Strong Point: Personable, tells good stories, is great with children if they aren’t afraid of him
Weak Point:Is very self conscious, doesn’t like to be alone, has scattered thoughts when he’s upset
Powers/Abilities: Basic vampire stuff, he gets stronger, faster, he hasn’t yet mastered the whole turning into a bat thing and usually ends up with either just the ears or enormous wings to which many shirts have fallen victim.
Transformation: Vampire? He just grows fangs really.
Species: Vampire