Hi! Any idea you specifically wanted to do?

No I don't really have any specifications. I'm flexible when it comes to roleplaying, but I love supernatural, romance, fantasy, action/adventure, and even dark romances. So yeah, I'm up for pretty much anything.

Okay, I am pretty flexible as well. I guess we'll have to brainstorm a bit.

I love brainstorming. It's so much fun. Okay, what are you're top of the list favorite things to roleplay?

I love darker romances with unbalanced power. I've always wanted to try a teacher/student relationship, but I haven't yet had a good one. I'm good with R rated rps, as long as we go to PM at times to keep mods happy. I don't mind doubles and I can be either the guy or the girl. I like supernatural stuff, but I don't like when people go overboard with it. There is such a thing as too much in that case. I wouldn't mind blending genres and ideas, but only if they go well together.

Okay watch this video if you can
https://m.youtube.com/watch?v=PYIioYD...#

I think it'd be interesting to do something off of this, I watched it and I'm not obsessed with it.

Okay, so what kind of characters were you looking for in this?

Well, the girl and the devil. I'm trying to figure out a way to do doubles but I'm finding none so just singles. And you can choose your character, it doesn't really matter which one I get since I'll be able to play them both fairly well.

Okay, then I would like to be the girl because I feel like the devil is more in control of the plot of the story and you seem to have a fairly good idea of what you're looking for as far as plot.

Okay that's fine. I was actually wanting to play the devil anyway. So, do you do character sheets or no?

Sometimes. But it's usually just like name age and appearance.

Alright that's fine with me. I'll get mine all set and after you're ready we can begin!!:)

Okay, but I think it might take me a while. I'm sick and I'm going to lay down for a bit. 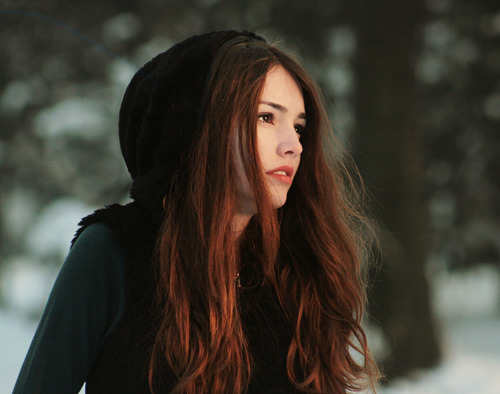 [Name] The Devil
[Age] He is as old as God himself
[Appearance] His appearance is in the video.

Alright sweet! Could you start? You seem to have an idea of where you want this to go.

Yes I'll start. Do you have a limit on detail?

Um, well I like at least one good detailed paragraph, two is usually my comfort zone, but I can go up to five if I'm making up side characters and what not. So I will probably post anywhere from 1-5 paragraphs. But don't take it as a bad sign if I go from a 5 paragraph post to a two paragraph post or something. I prefer quality over quantity.

It was dark, dark and cold. Well, it was always like that, everyone new would have to grow used to it. The Devil sat on an empty barrel on the far side of his ship, his arms crossed as he watched, a girl stood on the other side of the ship, lantern in her hand, looking around. His fingers drummed against his lower arm slowly, long fingernails looking like claws in the very faint light from her lantern. Though his eyes couldn't be seen at the moment, they could easily be felt when he was watching you, making your skin prickle. The sound of water washing against the outside of the boat seemed as if it was the only peaceful sound on this boat, and it annoyed The Devil greatly.

Slowly, he stood up, his footsteps completely silent as he walked across the deck of the ship, arms now by his sides as he approached the girl slowly, his head tilted slightly to the side. "You haven't slept in many nights," he said, his voice deep and threatening. It was more like an observation that she hadn't slept, of course, all the newest people to come here hadn't slept in a while. But he always made them sleep after he finished with them, torturing them and such, leaving them by themselves in the dark land where The Devil lives, just letting them sleep. Though they never did wake up after they fell asleep, since he didn't want them too.

Tamara stood on the deck of a ship hold a lantern in her grasp. All memories of how she arrived on the ship fluttered like birds just out of reach. At first she was convinced she was alone, but a piercing gaze pricked her skin and she squinted into the darkness, holding up her lantern to help her see. "Hello? Is anyone there?" All she could make out was the silhouette of a man with claws and horns. A gruesome sight which should have scared Tamara and left her trembling in fear, but she felt oddly calm until he spoke to her.

"I have not wished to." Tamara answered, fear striking her heart. She did not want to go to sleep, in all her dreams she drowned. Her pale skin and dark hair shone contrast under the lantern light as she tried to get a better look at the captain. The horned man with claws and a piercing gaze that could be felt like a knife piercing her skin. "I will sleep once we get to shore and I pray we shall get there soon." Her heart rapidly fluttered as she tried to take easy breaths. She would not go to sleep.

The Devil raised a finger to his lips, in a gesture to silence her. "No hush, love," he said, deep voice seeming to shake the ship they stood on, from behind his back, he pulled a jet black gown and handed it to her, "here's your gown"-pointing to the room behind her with a long finger-"there's the bed. Lanterns down," he gestured to the lantern she held, and she lowered it slowly. His fingers laced together in front of him as he continued to watch her, face still not completely visible, if he completely showed himself to her he knew she would panic and try and get away, so for now, he remained a step back from the circle of light the lantern cast around her.

His claw-like fingernails drummed on the back of his hands where his fingers where laced together as The Devil slowly walked around her, keeping out of the circle of flickering light from her lantern. He walked slowly, taking each step as if he would step on something, looking over at her as he walked every now and again, he moved like a shadow, silently, yet he was a dangerous shadow, the kind that could jump out and attack you at any given moment. All of his prisoners were always on edge when he was around, afraid that if his temper snapped that he would make them sleep.

The gown felt light in Tamara's hands like it was made of silk, yet the fabric was much too rough. She lowered her lantern and looked to the room behind her, fear returning to her heart. "But I don't want to go to sleep." Tamara replied nervously and return her gaze to the captain. Her voice sounded musical and delightful like the songs of the birds that held her memories just out of reach. If only she could remember how she had gotten there. The sea was rough for her, but it fell under the command of he.

"In all my dreams I drown." She readjusted her posture, trying to look more confident. Tamara did not want the captain forcing her to sleep, she was an adult and could choose the time she slept. Tamara was sure she did not want to go to sleep. She would do anything to stay awake. But the ghastly appearance of the captain also frightened her. Perhaps she was already in a dream. Tamara shook away that thought. If she had been fast asleep, surely Tamara would know it. In all her dreams she drowned and that had not happened.