Characters can't be roleplayed with in the challenge until they are posted here. If you want to have more then one character please ask in the sign up thread or private message me. Have fun and happy roleplaying!

Appearance: Jamie wears a tan trench coat and black hat. She has white/blonde hair and brown eyes. She is average sized for her age and her hair goes to her shoulders and it has a slight wave. She also wears sunglasses.
Image:
[image error]

Personality: She is smart and very good at solving crimes. She is very good at self defense and is smart but not nerdy. Jamie can solve any crime and is very adventurous.

History: She is Nancy Drew's daughter and has solved many many crimes. All mysteries you know it was her solving it. Jamie started as a deputy sheriff and now she is a deceptive. She also used to be a spy and would spy on the Russians, Italians,and French.

Work in Progress Characters For Challenge

Appearance: Aria has blonde hair that just passes her shoulders. It is naturally straight with some wavy strands and she curls and straightens it from time to time. She has brown eyes and pale skin. She wears makeup almost all the time. She is 5 feet 6 inches and doesn't have many curves. She looks a lot like a model. She can always been seen in trendy pieces and she always wears heels.

Appearance: Adelia has long reddish hair, grey eyes and freckles. She loves putting things in her hair, especially ribbon. She is of medium height and is slim. She also has a streak of purple that she loves in her hair.
Image:http://www.beautyepic.com/wp-content/...
Faceclaim: Lauren Ambrose(as a teen)

Personality: Adelia is very smart and bubbly. She loves using unique ways of saying things and speaking in a language other that english. She is really loyal, especially if you were her friend.

History: Adelia is the girl most normal girls want to be. A perfect angel in the face of adults but a trickster in the face of her classmates. She got away with everything. The Victim(whoever he/she is) was a close friend of hers.They would do pranks together and everything.

Dislikes:
-Traitors
-people who give up

Nickname: Sky (this is what her friends call her), Songbird (only her father knew about this nickname and that is what he called her.) Most people just call her Skylar.

Appearance: Skylar has dirty blonde hair that goes past her shoulders and has green eyes. Her hair has some natural waves and she wears it natural and down. She is 5 feet 5 inches and dosen't have that many curves. Her skin is somewhat pale but not ghostly. She typically wears a grey sweater with her black leggings and a denim jacket although when the weather gets warmer she is in either a summery dress or a t- shirt and shorts. She almost always does her makeup. 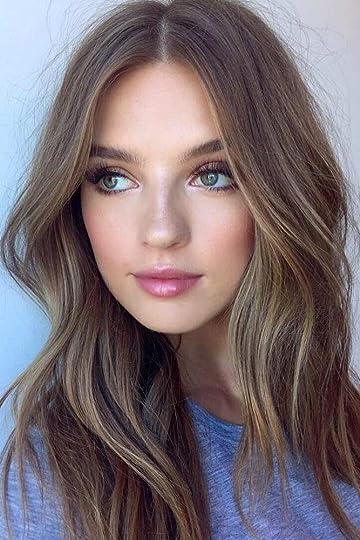 Personality: Skylar has a bubbly personality and is a bit of a social butterfly. She is very friendly and is always ready to help someone that needs it. She is still in pain from her father's death because she was very close to him. If someone brings it up she will usually try to change the subject. She is up for trying new things and does have curiosity in her. She is encouraging and has good sportsmanship. She can get very disorganized at times and has a tendency to lose things. She doesn't have a great memory and often takes double the amount of time it takes other people to memorize lines.

History:Skylar has always loved music. When she was little her father would play the guitar and they would sing together. Sometimes her mother would join but it was mainly just the two of them. Her father would call her his little songbird because she was always singing. At the age of seven her father finally agreed to start teaching her the guitar. At first it was a few basic chords but after a month she was able to play there favourite song. Skylar was so excited and managed to get her first performance playing and singing, with help from her father, for her mothers birthday. Everything was perfect until a few months after her 12th birthday. Her father got very sick and ended up getting diagnosed with cancer which killed him. Skylar was devastated. It was like her whole entire world was a cookie crumbling to pieces.

After her father past away her and her mother moved into a small apartment in California. Skylar had to leave all of her friends behind and start fresh. This was when Skylar completely lost herself. She was trying so hard to find something that made her happy. All music did now was bring back a past she didn't want to remember. She shoved everything that reminded her of her father underneath her bed and tried to get rid of the pain inside. She would spend days simply crying in her room. Her mother tried to help but Skylar just stayed in her universe of sadness. Her mother even started home schooling her. Skylar only left the house a couple of times a week.

She started going to a support group nearby her house. That group completely changed her life for the better. It was a safe space for her to talk to others if she wanted to or to simply listen to other stories. After that she slowly started to go to public school again.

She started to make friends at the public school and ended up finding something else she loved. Theatre. Acting was an opportunity for her to forgot about whatever was bothering her and for her to step into a new mind and feel what they were feeling and do what they were doing.

As she got better she slowly started to bring things that reminded her of her father back into her life. She has slowly started doing music again and she sometimes even looks at some of her father's old things. She hasn't exactly found herself yet but she is a lot closer then when she was after her father died. She still does have a hard time talking about her father although she is getting better.

Dislikes: Memorizing lines, being responsible for things, losing things, mushrooms and anything even remotely spicy.