The Readers Review: Literature from 1714 to 1910 discussion

Mod
Welcome to our discussion. Come freely. Go safely; and leave something of the happiness you bring.

Why do you think Stoker chose to write the story in the epistolary style and from multiple points of view? What are the strengths and drawbacks of this approach? How would the story be different if there were written with a traditional narrator?

It may be that you first encountered Dracula as a film rather than a book. What’s the most surprising thing about reading it, rather than watching it as a film?

It becomes evident that the novel operates on fear and anxiety early on. Within the first chapter of the book, in Jonathan Stoker’s leading journal entry, the distress begins to surface throughout his journey to his initial encounter with Dracula. I found this an wonderful use of foreshadowing. What elements of foreshadowing did you notice?

Mod
I read this book a year ago and loved the opening-very dramatic!

Mod
This is my first time reading it. It was a great day for me to curl up with the book - dark and rainy here today. I was surprised how it a
Most immediately jumps into the creepy and builds from there. The first foreshadowing, of course, is the reactions of the local people. The crucifix because of your mother. The symbols used to prevent evil eye. The gifts from the people in the carriage. So much in these first few chapters.

The easy reading prose is perfect because you really get swept up into the creepiness. He's atmospheric and landscape discriptions are very well done.

Mod
I hadn't though I read this but so much of the detail sounds familiar, I'm thinking I might have listen to an audio book. I'm really enjoying this one, I hated to put it down to come to work today.

First time reading it. I had a hard time stopping too.

As for your question about the epistolary style, I felt like this was a deliberate imitation of Frankenstein. As I'm sure everyone here knows, Shelley's novel also begins with a series of letters, travel to an exotic place, and hints that something is about to be unleashed on the world.

The effect of the journal chapters on me was to build suspense and then leave you hanging (pun intended). It's too soon to tell whether I'll enjoy the other letters as much.

I'll probably finish the book this week. I don't have the discipline to hold to the reading schedule.

Mod
Jeremy wrote: "First time reading it. I had a hard time stopping too.

As for your question about the epistolary style, I felt like this was a deliberate imitation of Frankenstein. As I'm sure everyone here knows..."

Frankenstein was the outcome of sitting around the fire at night telling stories.

Mod
Jeremy, I am sure you will enjoy all the letters. I read this book a year ago and loved it. The different perspectives make it a fun book.

The first chapter already creates mystery. The trip seems mysterious. The people who he encounters already give us the book's atmosphere.

Now of course Dracula’s castle would be in Romania but then it was in the Habsburg empire. I loved the journey east. Diaries & letters are a distancing device; they make us more easily accept the unbelievable.

Mod
That is true, Bill. My mother was born in Transylvania, Romania( before WW2) But my grandfather was born in Austro-Hungary (before WW1).
Stoker really set the mood of the book when he was describing the journey to the castle.

Opening with Jonathan Harker's diary gives a sense of immediacy - we're there meeting Dracula for the first time, too, and there's no hindsight since JH is writing in the moment. One effect is that we don't know whether he'll survive or not...

I also think there's a sense of verisimilitude as we see the clash between this perfectly ordinary young solicitor and the weird events he's faced with in Dracula's castle. His diary 'voice' has an everyday tone that makes those creepy moments stand out even more in contrast.

Love the chance of pace and place in ch.5 where we switch to the correspondance of Mina and Lucy - and we still don't know the fate of Jonathan. Definitely hard to stop reading!

As I was reading I realized I kept picturing Bela Lugosi, even though that isn't how Count Dracula was described in the book. Is there anyone else reading this for the first time who feels like they're reading it through the lens of the movie or pop culture representations of Dracula?

I think I first read "Dracula" in elementary school (probably 6th grade: NOT part of the suggested reading), and I saw Bela Lugosi in the role only later, so far as I can remember. But once I had seen him in the role, it was hard to get him out of my mental picture of the character whenever I picked up the book.

(Same thing with Boris Karloff and "Frankenstein," which book I found much harder going -- it assumed knowledge of things, like "Paradise Lost," which I had not yet encountered.)

On re-reading "Dracula" years later, however, I also found that I hadn't recognized how up-to-date (i.e., late Victorian) Stoker had made almost everything (except in Transylvania), even though Dracula himself has roots in a deeper past.

Mod
Jeremy wrote: "As I was reading I realized I kept picturing Bela Lugosi, even though that isn't how Count Dracula was described in the book. Is there anyone else reading this for the first time who feels like the..."

My first time reading, and I haven't had the Lugosi picture stuck in my head. Not sure why

I've been looking at clips on youtube, and I must admit this may be closer to the book, but is oh, so campy: 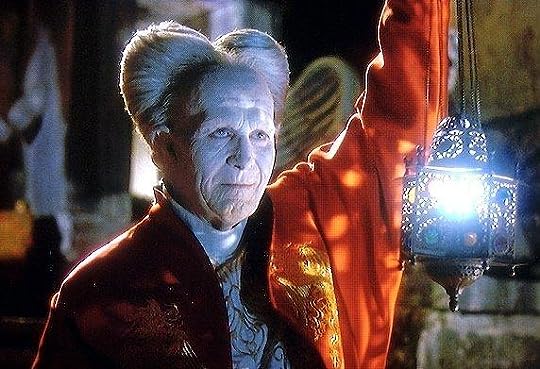 PS- just got to "Listen to them. The children of the night. What music they make."

That hair - surely not! The text says: 'hair growing scantily around the temples, but profusely elsewhere' - and Jonathan doesn't seem to find anything odd about Dracula's appearance when he arrives. For me, the eeriness seeps through gradually.

Mod
Jeremy wrote: "First time reading it. I had a hard time stopping too.

As for your question about the epistolary style, I felt like this was a deliberate imitation of Frankenstein. As I'm sure everyone here knows..."

I read Frankenstein last year and did not see the similarities until you pointed it out.

Christopher wrote: "I've been looking at clips on youtube, and I must admit this may be closer to the book, but is oh, so campy:

And Dracula it's said to have mustache. But when I read I, sometimes, see Gary Oldman too.

Rafael wrote: "But when I read I, sometimes, see Gary Oldman too"

Yes! Gary Oldman for me, too - sinister without being Hammer Horror-alike.

Now we get to a real coup de theatre, if that's the term I want: 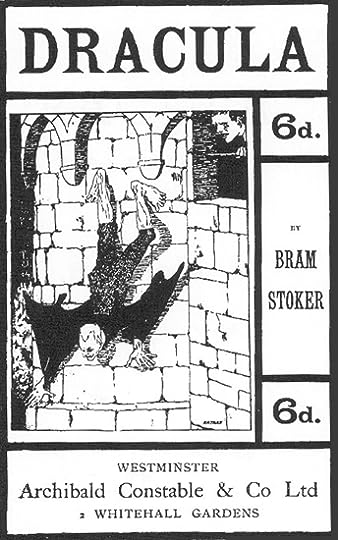 Or, in another early version: 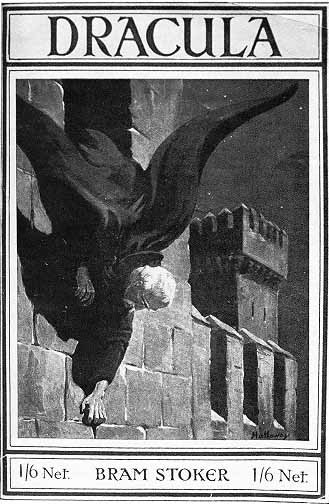 This 'tripped' the book over to great for me, as I recall.

And wonderful that Jonathan demonstrates the exact same skill - a Gothic doppelganger vibe?