28 views
Advanced Copies for Review > ARC for YA Fantasy Available - Looking for Reviews...

My name is W.J. Aiden, and I'm look for someone to review my debut book: Emergence of the Guardians.

I will be releasing this in October, 2017 - this is a Young Adult Fantasy Novel. 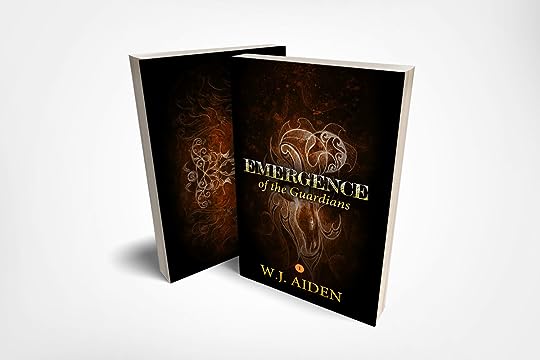 Battling her own enslaved sister, Ana and her one true friend Ethan, are the only ones left to oppose an evil that has emerged from the void of darkness.

With the ability to enslave all who challenge it, leading its shadow army, this destructive enemy spreads across their world, driven by its thirst for power and control.

Bent on domination and revenge, Ana’s parents (the king and queen) have been captured, and are on their way to their own deaths.

All those who’ve stood against it have been lost, forcing Ana and Ethan to stop an enemy who threatens every person’s freedom in the seven realms.

Fighting the overwhelming odds against them, with the fate of those who are still free (in the other realms), crushes down heavily on the backs of Ana and Ethan.

Can they stop the darkness before it spreads to the other realms, freeing Ana’s Sister and Parents before it’s too late?... Or will they fail against an evil they were never prepared to face?

If you like powerful magic, real characters, and young adult fantasy, then you'll love the incredible journey that takes place in Emergence of the Guardians (Book 1).

If interested, please let me know what format you prefer (ePub or Mobi Available).

Hey I would love to read it and review it. ePub will be good, cyngill.reviews@gmail.com
Thank you

Thanks Cynthia, just emailed you.