Get your copy of The Auschwitz Violinist for less than a dollar (or a pound) for one week only!

The Auschwitz Violinist is a page-turning historical mystery novel, set in Israel in 1950, and its themes are murder, madness, vengeance, and guilt.

This novel is a part of a series featuring private investigator Adam Lapid, but it is a standalone mystery so you can read it even if you haven't read the previous novel in the series.

Here are the links to the book page:
Get The Auschwitz Violinist for $0.99 on Amazon.com

Get The Auschwitz Violinist for £0.99 on Amazon.co.uk 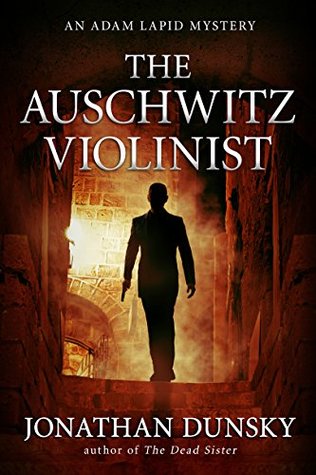 Book Description
Death is not always what it seems to be. And neither is murder.

Private investigator Adam Lapid was sure Yosef Kaplon was dead.

The last time he saw him was in 1944, in Auschwitz. They were prisoners together in the same barracks. Then one day, without warning, Kaplon was gone.

Now, six years later, Lapid runs into Kaplon on a street corner in Tel Aviv, Israel. A few days later, Kaplon is found dead in his apartment with his wrists slashed.

Was Yosef Kaplon driven to madness and suicide by his time at Auschwitz? Or was he targeted by a crafty and sinister killer for some unknown sin?

Adam Lapid must find out the truth. Or he might go mad himself.

Good luck with the promo, Jonathan