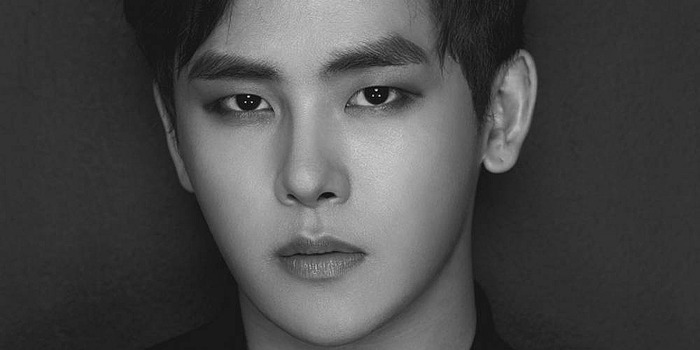 Kang Jaehyun is a born leader. This is not due to a natural command of the room, or an instinct to guide; it is because his family would accept nothing less. Expectation does wonders on results, you see, and Jaehyun—by fighting tooth and nail—has lived up to his mother's. His father was something of a prodigy, and since he can remember, people have been expecting the same of Jaehyun.

For his part, Jaehyun has taken the challenge. He's made it this far, hasn't he? It's his final year at the International Space Academy, and he's been made the commander of the first battalion. That isn't something that legacy can secure, regardless of whether his father was a graduate of INSA. He has trained, and he has learned, and he has put his knowledge to work.

And work, of course, has always been Jaehyun's first priority. He takes on one goal at a time, doing what it takes to complete the task at hand. It's determination, and perhaps stubbornness, which allows him to do this. For him, it's not about glory, it's about getting the job done. Sacrifices will need to be made. What matters is the big picture, and he acknowledges that. He has a duty, and he takes his responsibility very seriously. When his battalion messes around or gets distracted, he's the one there to call them back to attention. Even so, he is close with his battalion—and they are, perhaps, the only ones in the world to know that he has a sense of humor, no matter how lame they may tell him that it is.


Twenty-two years ago, when Jaehyun was but an infant, Kang Donghyuk died heroically while in active duty. It was a raid—a simple one, really, one that Jaehyun now has been trained to defend against—and Donghyuk's squadron should have all made it out alive. And they did, excepting Commander Kang himself, who had lagged behind to help a civilian to safety, and took a bullet in the back as a consequence.

Perhaps Jaehyun should feel like a large part of his life is missing without his father. And to some degree, he does. But his mother has raised him well, and, quite frankly, his father might as well being alive, because everyone keeps talking to Jaehyun as if he needs to impress his late father.

And he does want to—did want to. Somewhere along the line, this became less of what everyone wants and more of a passion for leadership that lights a fire beneath him.

It's not that Alex doesn't know when to stop. It's that she doesn't know how. She blames it on some evolutionary flaw, the result of some unknown missing allele x which erased the dearly-needed "flight" response.

So for Alex, it's always only ever been fight or fight. Even━ no, especially when she knows that she's going to lose. Alex is an extraordinary fighter now. Her presence in the first battalion is proof of that. But unlike the others, who were given natural genetic advantages━ extra strength or height or precision or whatever else, Alex had to work that much harder to turn her supposed weaknesses into strengths. Learn not to equate a win with a victory. Learn to endure and endure and endure some more. Learn that there is grace in a war of attrition, that there is pride in accepting one's shortcomings. That is how she survived. That is how she lives.

Alex once fought just to fight. It was pure instinct which drew her to run towards danger rather than against it. When Alex first joined INSA,she wanted to be able to fight well simply so she could live past the ripe old age of 17. But now, Alex fights to protect. Don't be mistaken, she isn't swayed by either the legacy ahead of her or the family behind her. No, what matters is the battalion beside her. Forget saving the rest of the world━ it's not like Alex was ever cut out to be a hero in the first place. Her ambitions start and end with the first battalion of INSA. As long as they're by her side, Alexis Ku will have a reason to fight.

Most people assume that Alexis Ku is a trust fund baby. And they're not far off. Because she was. Past tense.

So the question is, how did half the Ku family ended up in jail, leaving the other half of the Ku family as beggars? Slush funds, that's how. Most fathers realize rather early on that if they want kids to live nice lives, it's probably for the best that they don't conspicuously base your entire family's wealth on bribery and nepotism. How unfortunate that Alex's father was not one of them.

To be honest, it wasn't that bad. Due to her unfortunate family history, Alex garnered pity, rather than fury, from teachers when she got hauled into principal's office once, twice, three times a week for "instigating physical fights for inconsequential matters". She learned how to satisfy what family was left with laughter and manners and exaggerated half-truths. She learned that there was no use in weeping over lost causes━ it was better just to let the dead mourn their own dead. So when seventeen year old Alex was released from her juvenile detention center, she conveniently forgot to go home and went instead to the city library to print out her INSA application.

Yeah, that's right. Your stellar, 5 foot 3 inch first battalion member was a high school delinquent. But it's not like you have to know. After all, according to most of the school, Alex is a trust fund baby━ present tense━ and Alex isn't going to be the one to tell them otherwise. 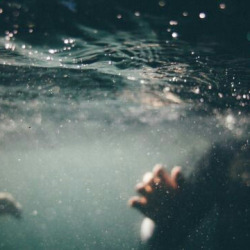 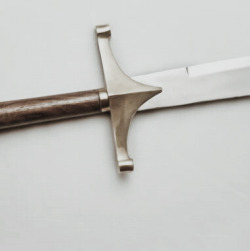 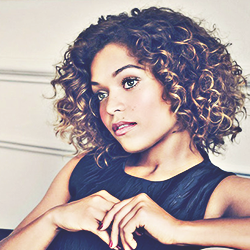 Riley’s a bit of an exercise freak. If you’re not sure of where she is, she’s likely at the gym, working her butt off, or in her dorm, doing yoga, of all things. Riley is all about keeping in shape (though with her choice of career that’s not really a risk) and staying limber. No innuendo intended. She’s not particularly violent, though she’s in the Sun Sector. Rather, Riley is strong (all that working out) and she cares about protecting others - though she knows by now that that’s not all Suns do. She’s pretty okay with that, though she does have some issues with it - taking lives that she doesn’t have to go against everything Riley believes in. She’s a protector, not a killer. After all, Riley’s always been her sister’s protector, and mothers some of the other Sun students (and all right, some of the Stephenson ones too). She can’t wait to actually be a mother, either. Whenever that is.

Riley is the oldest child of Kayla and Garcia Horatio, pilot and politician respectively. Her childhood was...interesting. Her parents were constantly at odds with each other, as her mother disagreed with her father’s views - and choice of career. It was awful for little Riley to have her parents practically fighting all the time. Luckily, she wasn’t alone for long, as her sister Kaylee was born when she was four. Having a sister made life much more bearable for Riley, as the two of them would often hide up in their rooms when their parents were fighting. Riley took up kickboxing when she was seven, a way to get out her frustration. And pent-up energy that walking to school every day wasn’t getting out. That was the beginning of Riley’s exercise obsession, you could say. She got into yoga as a teenager, as has been doing that ever since. At the age of nineteen, fed up with her home life, Riley applied to INSA, convincing her high intelligent younger sister to do the same. Both girls were accepted, and went into their different sectors, both doing well.

▬ for a man with such a constantly blank, apathetic look melded to his face, Luca sure does have a lot going on inside his head. He can't stop it — he fixates on something, and then he's gone, his mind whirring on and on over the endless possibilities, an endless pit of maybe's and what if's that won't stop. If mental stability mattered at all to join Sun, Luca probably wouldn't be there. But he's not just an average fighter — he's fucking skilled, is what, and while his priorities and morals might be questionable, he does his job damn well. There's a reason he's part of the first battalion, and it's clearly evident once you see Luca in action.

There seems to be a trend in Luca's mannerisms and behaviors. When he's not fighting, not in action, when he's without this purpose that being part of the first battalion gives him, he tends to get lost in his head. He runs from reality, finds himself with a bottle of tequila in his hand and the lack of a will to stop, even though he'll hate himself in the morning. (His interactions with Alistair are outliers and should not be counted, since Luca would do anything for him.) He's trying, he really is. But it's hard to stay present when everything in him is screaming that the world sucks, that maybe he should just blast himself in the void of space and everything would then be great.

Luca doesn't, though. His purpose, however detached from himself it may feel, comes from the people around him: from his mother, from Alistair, from the people he's come to trust and rely on in the first battalion. It comes from serving INSA, from being part of Sun, part of something. From using his military skill. For now — that's enough.

▬ luca always knew he was going to be part of Sun. Not for any particular reason, really; he just knew and that was that. Maybe a part of it was the injustice that his father had left his mom to hold herself and kid afloat, all while working an intense role as a top pilot. Catharina Iyer managed it spendidly — never let it be said that she let anything stand in her way. She juggled it all, somehow. As detached as she could be, she always had time for Luca. And he loves her, always. No matter what. Even when she couldn't be there — which was a lot — she made sure Luca understood the importance of working hard, of pushing himself.

It's how he got so good, so quickly. He pushed and pushed and pushed, working his way through the Sun ranks with startling efficiency, until he reached the first battalion. All that's left is to stay there, stay on top of everything — to persevere, just as his mother did.