Mod
Name: Chalk
gender: Female
age: 7
personality: Can be a bit bossy, likes to be taken care of, likes to have attention, treats everyone like their her mom
Power: uh... Innocents?
appearance: Has green eyes, freckles, brown hair she keeps in a pony tail, wears a blue and yellow stripped sweater, wears brown shorts, and big black boots 030


She is my best OC XD

i just use meadow's oc's because i'm not creative enough

Mod
Jim the Bananananananana Man wrote: "i just use meadow's oc's because i'm not creative enough"

Name: Salks
Gender: Female
Personality: Shy
Age: 15
Appearance: Cat/human With lace up knee high boots and long white hair with blue and lavender highlights, wears a purple hoodie at all times with a white tee-shirt beneath. wears a blue bow in her hair the same color as her highlights

Hmmmmm who should I make?

Hush, my brain is asleep. plus my mind's thinking it sounds better how I typed it

I'll make Specter who is Shadow's daughter in my Future of Sonic the Hedgehog(Some of the powers are not canon to the series but oh well, we like adding a bit of imagination to it XD) group

Name: Specter the Hedgehog
Age: 16
Gender: Female
Species: Hedgehog cyborg
Powers/Abilities:
Can turn her body parts into weapons- She rarely uses this because she doesn’t usually rely on her cyborg parts or even her new powers
Teleportation-Specter learned how to teleport without a Chaos Emerald, however doing this means she cant go very far without the help of a Chaos Emerald.
Chaos Abilities-Like her father Specter possesses the ability to control Chaos energy and be able to fire it at her enemies
Dark energy-She can control dark energy and form it into a ball or beam, then fire it at her opponents, although she rarely uses it since she doesn’t depend on her cyborg powers
Can give others nightmares-She is able to, like her mother, give other people nightmares and use it against her enemies, however she would only use it if an enemy’s guard is down.
She can talk to Shadow through telepathy-Due to having been bonded to Specter’s father, Specter can now talk to her father through thoughts, although it won’t work when she’s in a different dimension then he is.
Can summon Soul Diamonds-Specter found out from the tournament that she can be able to summon Soul diamonds, it is unknown if she can summon it to a different dimension.
Appearance: 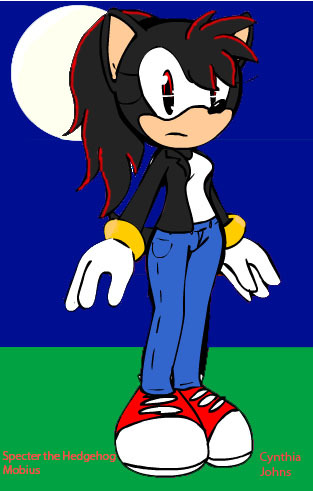 not gonna read all that

Mod
so... do you have any humans OCs, Sonicfan?

Well, someish but Im a giant Sonic Fan and I prefer different species like with powers

mayla can i go on the food series

Mod
Moriarty the Bananananananana Man wrote: "mayla can i go on the food series"

Mod
SonicFan wrote: "Well, someish but Im a giant Sonic Fan and I prefer different species like with powers


I did make a character for the original Teen Titans who's the daughter of BeastBoy and Raven"
hmm.... ok. Its just that we have human OCs, and it's hard to RP with OCs of a different species.... But I think I can RP with a sonic OC...

I have a werewolf character XD 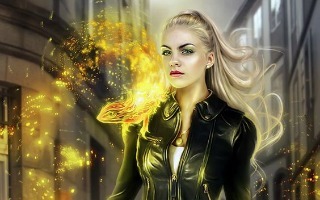 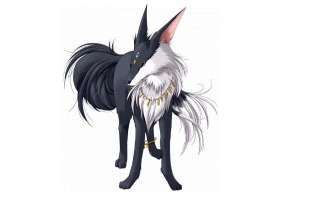 Mod
FroYo is Smarter Than Sherlock wrote: "on rp thread"