10 views
Beta reading for PROVOKED: The Roots of Creation #1 (Paranormal/Epic) 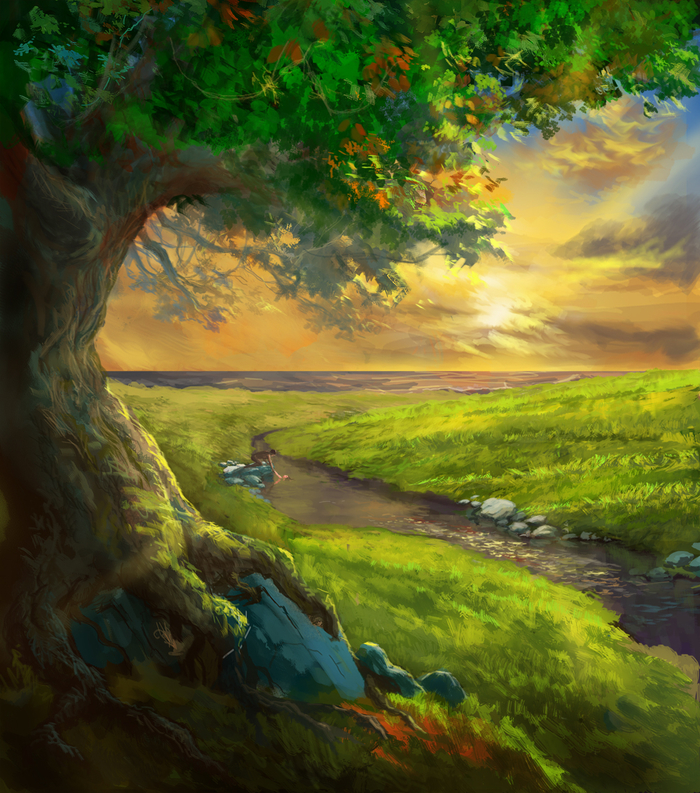 Anda, the last Nornir, leaning over Jody Fraser beneath the Tree of Life

In the recesses of desperate minds, a seductive voice takes hold.
It is a dragon imprisoned in the hereafter, hungry for freedom. He is zeroing in on a troubled girl with a mysterious past that could be his saviour, or his greatest threat.
By trickery and circumstance, an unlikely cast of humans and demons come crashing together in a desperate fight over the secretive teenager amidst scenes of heartache, betrayal and ecstasy. It’s a fight that will ultimately seal the fate of The Beast… or surrender to Him the last light of heaven, forever.

This is an invitation for your general appraisal of the first novel in The Roots of Creation series, which is a paranormal/epic fantasy. I’ve even had it suggested that the series could be a cosmological fantasy, due to the complication at its ‘roots’. It has to do with our own determined spirits leaving heaven to experience all the hazards and fortunes that a vulnerable, mortal life can offer while paying no ‘mind’ to the risk the dragon poses to their eventual trip home. 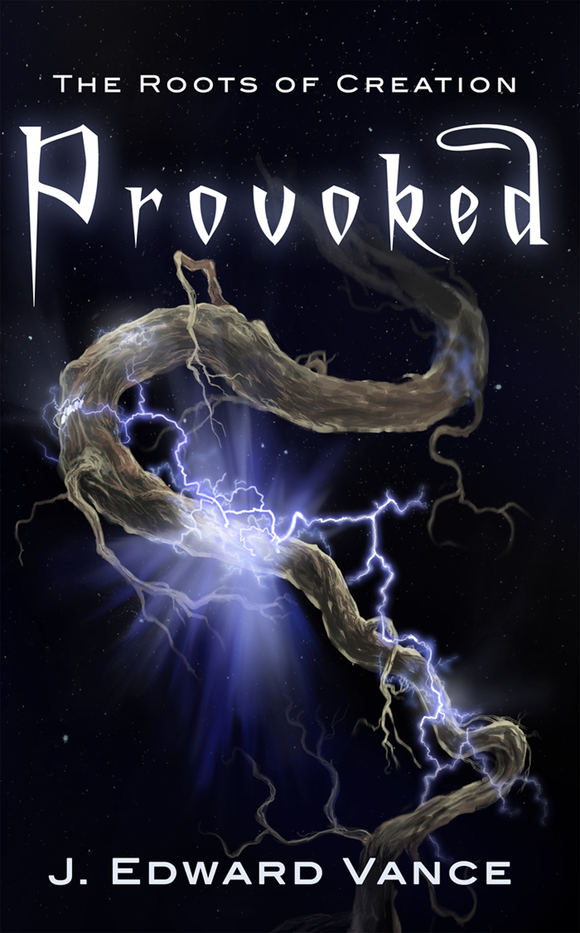 Provoked was professionally edited and self-published in 2013, and I had fumbled deplorably at marketing it, the series and myself to a wider audience. What I am offering to readers is NOT the same book. Well, not entirely. I've refocused my efforts and now have an updated manuscript in .pdf only that includes scenes and events that fall more in line with the rest of the series. It also has elements (even chapters) missing from the earlier version and it incorporates several fixes recommended from previous purchasers of the book.
Although I have made some distinct changes, the bulk of what you'll find in Provoked is taken from the original and I should hope that grammatical and spelling errors are rare. Also, this rendition is 445 pages long with some violence and nudity, but nothing too extreme. I'll let you be the judge.

Please, do not write reviews on Amazon, or anywhere else online, because this new version of Provoked is not yet available to the public! I am preparing to re-release this novel a month or so earlier than my initial release of Book 2, which should be later this year, and I am requesting interested evaluators to please look over the material and advise me directly if you LIKED it. Are you left feeling eager to read the rest of the series, or are you indifferent? If you had paid for this book, would you be pleased with your purchase, or 'git ma gun' outraged?

Book 2 is nearer to completion every day. Although, writing and publishing is a lot like renovating; it’s always harder than you first thought it would be, it always takes longer than you think it should and your comprehensive, optimistic pre-reno budget will be laughably deficient in the end.

As always, I heartily thank you for your help appraising my work.

If I'm understanding everything, this book has not been to the editor, but regardless, I would be reading to explain my likes and dislikes with this updated manuscript. Meaning, as I read I should disregard any errors and focus on the story itself. Correct?

If I understand everything I'd be happy to help.
kotokuki5034101@aol.com
I'll read it on my kindle.

P.S. Consider editing this post to include some of the information that is offered for R&R - how many pages, warnings, etc. It may help spark interest.

Great stuff, Kotokuki. Thanks for mentioning it, I really do appreciate the helpful opinions. I've made changes to the original post and I've sent you the file. Good luck!