Okay so I think enough of you are keen to have a shot so here goes...

Can you please write up to 200 words to include the phrase "and that's when it came off in my hand".

Please PM me your stories by 12 midnight (that's UK time) on Sunday 12th February, which gives you nearly three weeks. Please also include a title for your work to identify it in the poll, otherwise I shall make one up for you!

I will post all entries without identifying the authors on a separate thread after the 12th for your delectation and delight. The winner will choose the subject of the next competition.

That is indeed a tempting one!

Aaaaand the joys of auto correct. I'll leave that typo because it's much funnier than what I was going to write.

We all love a bit of goo! 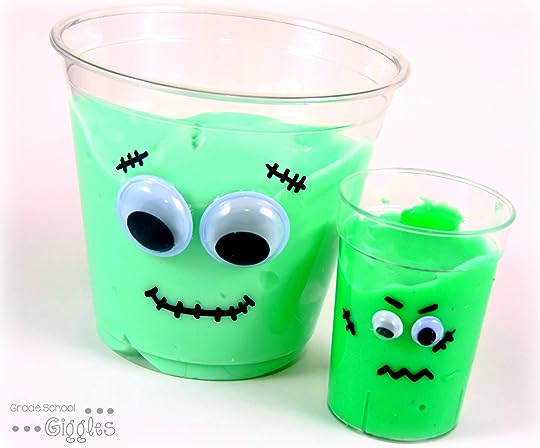 Exciting news folks - I have received the first entry! The attraction of such a prestigious literary competition has tempted none other than our own Tallis Steelyard to pen a contribution.

Sadly, in his Enthusiasm, he has Neglected to attend to his Length - and his charming narrative is therefore inadmissable due to a surfeit of words. However, I reproduce it here, for your interest and in the hope of spurring on further - valid - entries...

I confess I rarely have many dealings with erotic novelists. This isn’t snobbery on my part, it’s just they tend to be so much more generously remunerated than a mere poet. Still I do have a friend who is renown within the genre. I was going through a poorly remunerated period when he bumped into me.
“I say old fellow, do me a favour will you? I’ve got a book launch and really need somebody reliable behind the bar.”
It may come as a shock to people who think they know me but I’m very reliable when working, rarely drinking to excess. So I’m occasionally called upon by friends who need somebody sober to watch their back.
In this case the book launch was in the rather nice house of one of my friend’s patrons. Apparently her husband was going to some function related to work and wouldn’t be back until very late so she agreed to throw open her drawing room for the launch.
Indeed things went well. There was a considerable crowd of people, all of whom purchased a book, drank a glass of wine and engaged in polite conversation. Indeed considering the genre we were promoting I was almost disappointed at how respectable and well-behaved people were.
The lady of the house did push the limits a little. She wore a rather elegant red dress which fitted her to perfection. Indeed from the discussion that I overheard between a small set of ladies as I collected glasses, it didn’t merely fit to perfection, but rather she fitted it to perfection. By the cunning use of panels and stays it gave her the perfect figure without excessive discomfort. Not only that but it was apparently entirely in one piece. The lady merely donned this one garment. There was more, which I never really caught, but apparently it jiggled and wiggled significantly in ways that the ladies deep in conversation alluded to but never felt the need to explain.
Now the evening drew to a close, the guests dispersed, my friend left with the handful of books he had left unsold and the lady of the house retired to bed, leaving me to finish washing the glasses, her own staff having long gone to their homes.
I had just finished when there was a hesitant, “Excuse me.”
I turned to find the maid wearing only a dressing gown. She continued, “I wondered if you could assist us, madam’s dress has jammed and she cannot get out of it.”
I confess to being a little perturbed but a gentleman could hardly refuse to assist a lady in distress, so I accompanied the maid to the bedroom. There stood her mistress, almost red-faced with the efforts of trying to escape her on-piece garment.
“The catch has jammed and we cannot loosen it. Could you kindly assist?”
“Certainly madam, where is the catch.”
Her answer showed the magnitude of the problem. It was just below her waist, at the front, on the inside of the dress.
The maid and I made several attempts to reach it, but eventually realised that the only way was for me to lie on my back on a bench which was pushed under madam’s skirts. There, equipped with a lantern and a selection of crochet hooks, tweezers and a bradawl I strove to free the catch. Not only was the catch jammed but the mechanism that would remove the garment was also wedged with a piece of cloth.
Now remember that I wanted to do the minimum amount of damage to the garment and no damage at all to madam. Hence I was forced to make movements of supreme delicacy but slowly I could see I was getting there. Finally after what must have been a good solid hour of careful tinkering I managed to get everything unwedged and moving freely.
I gave the catch a good sharp tug, and just as I did, I heard a male voice saying, in tones ripe with incredulity, “What the hell is going on here?”
At that very moment the garment collapsed to the ground, leaving madam standing there mother naked. I frantically tried to untangle myself from it, and the voice, which I assumed came from madam’s husband said, “And what the hell are you doing here sirrah!”
In retrospect, just saying, “I tugged the catch and that's when it came off in my hand”, was perhaps not my best move.

I think Tallis also felt that the word limit was a bit restrictive for an artist of his temperament. Personally I doubt that he could order a bottle of wine in less than 200 words :-)

His poems tend to be a bit shorter. Maybe he could order a bottle of wine via a poem.

Love it. I must answer Tallis' questions. And soon.

M.T. wrote: "Love it. I must answer Tallis' questions. And soon."

fear not, there is no long queue for publication :-)

I thought these stories were supposed to be by a nonny mouse!

Yes indeed Flo - all the proper entries will be. I'll post them all at the same time on a different thread, after the closing date.

Not that I am suggesting that Tallis is improper, of course.

Tallis can be improper if the occasion calls for it.

Well some of the situations described in your illuminating tales don't sound very proper to me.

Tallis is a respectable married man!

Indeed there is a story about that, but alas I checked, it's not on the blog but in the next book

You should have told him it was a haiku.

Having had no ideas, I now have two. Are we restricted to one entry each, Rosemary?

Ah, interesting, Lexie! Not a position we have been in before... but hey why not. Go for it - the more the merrier.
Three would be pushing it though ;)

Rosemary (grooving with the Picts) wrote: "Ah, interesting, Lexie! Not a position we have been in before... but hey why not. Go for it - the more the merrier.
Three would be pushing it though ;)"

That's what Tallis thought as he wiggled the crochet hooks

Rosemary (grooving with the Picts) wrote: "Ah, interesting, Lexie! Not a position we have been in before... but hey why not. Go for it - the more the merrier.
Three would be pushing it though ;)"

I'll see what happens - one might be a dud.

That was lovely Jim, as always !

I had thought about having a go but after reading Jim's and seeing that Kath and some of our other talented authors will be doing so I think maybe I won't bother and just enjoy reading the eateries as they are all well above my league !

Anita wrote: "That was lovely Jim, as always !

I had thought about having a go but after reading Jim's and seeing that Kath and some of our other talented authors will be doing so I think maybe I won't bother ..."

Nonsense, I was just having a bit of fun, feel free just to have a go.

Yes have a shot Anita - what's the worst that could happen? :)

Had an entry flood in this morning!

We'll hold you to that one :-)
And after all, like Tallis you can always use it in a blog later :-)

Had an idea last night so I've sent you an entry just now Rosemary.

I've posted the Tallis story on the blog with a link to this page :-)

Rosemary (grooving with the Picts) wrote: "Okay so I think enough of you are keen to have a shot so here goes...

Can you please write up to 200 words to include the phrase "and that's when it came off in my hand".

Please PM me your storie..."

The writing challenge looked interesting and I had a go at it too.

Now I am not sure how to enter? First timer... Please some help will be nice. Cheers!

The information is in the first post in this thread, Jagriti.

Do you know how to send a PM? Just click on Rosemary's name then the send message link.