Here's mine to give you an idea on what you should do:

~Name: Crystal
~Nickname(s): Crys
~Title(s): Queen Crystal, the brave; Daughter of Aslan and the Ice queen (don't ask.)
~Age: She says she's lost count, but she just doesn't want to say how old she really is.
~Species: Narnian-sorceress
~Family: Aslan and the Ice Queen (again, don't ask.)
~Bio: She's lived in Narnia her entire life. She has lived among the Narnian creatures, never really wanting to cross paths with her mother. She later, after many hundreds or thousands of years, falls in love with a man named Caspian.
~Appearance: http://us.123rf.com/400wm/400/400/hfn...
~Crush/Boyfriend(or lover)/Husband (Depending on where we start): Prince/King Caspian
~Book you'd like to start in: Doesn't matter, but I prefer rather: The Voyage of the Dawn Treader.
~Weapon: Sword
~Extra: She's a fan of anything sweet, like chocolate.

It doesn't have to be too long, but it can be as long as you like. Nothing too short, though. 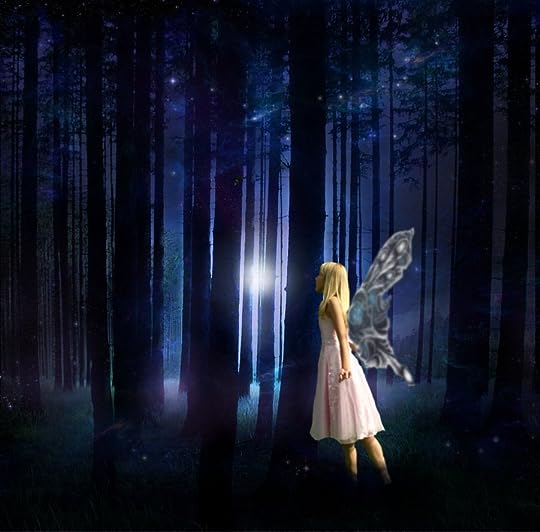 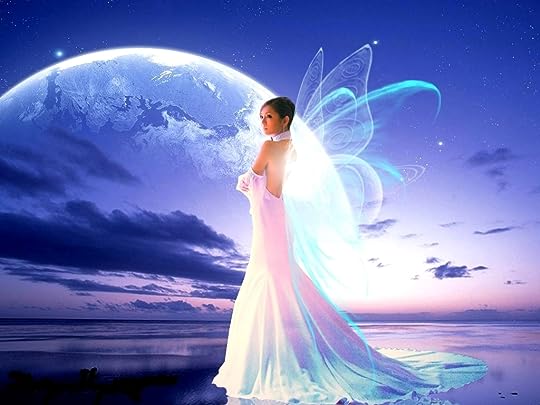 Bio: Long ago, before Jadis murdered her family, Shera used to be a happy fairy in Narnia. Until Jadis came in and murdered her family. Living the orphan fairy to live with her dwarf uncles. Since her family were best friends with Trumpkin and Nikabrik.

Family: Her fairy family is dead(Thanks to Jadis and her gang). Lives with Uncle Trumpkin and Uncle Nikabrik.

Mod
You may move on.
Great character, but we'll have to figure out something about this thing between Caspian . . .

~Name: Rhedyn
~Nickname(s):
~Title(s): You know that everyone can't be a princess, right?
~Age: 16
~Species: Dryad
~Family: Pretty much every tree in the forest.
~Bio: Born right before Jadis became queen, Rhedyn really doesn't remember much until she awoke at the age of sixteen when Aslan brought life back to Narnia. She fights in the war against Jadis.
~Appearance: Crazy tall, slender, long, wavy brown hair, shows some similarities to the tree she lives in, or is. :)
~Crush/Boyfriend or Girlfriend/etc.: Not yet! She only just woke up, remember?
~ Book you'd like to start in: The Lion, the Witch, and the Wardrobe.
~Weapon: Bow and arrows, herself. (she's a tree, remember?)

~Name: Nechole de Marianne
~Nickname(s):
~Title(s): Princess of Archenland, Defender of the Realm (knight) Consort of the Heir-apparent
~Age:15
~Species: Narnian~ Human
~Family: Royalty!
~Bio: While Narnia was suffering under Jadis, Archenland was building up supplies to come to their rescue..... But now that Aslan's appeared.....
~Appearance: Tall, tanned, long, wavy, brown hair, pretty, but in a boyish way. Generally wears a aquamarine, flowing short dress with leather leggings.
~Crush/Boyfriend or Girlfriend/etc.: She can't decide...
~ Book you'd like to start in: TL, tW, atW, or The Horse and his Boy.
~Weapon: Bow, sword, magic book
~Extra: She carries a HUGE leather-bound book on her back, in which she can find the solution to pretty much anything- the problem is that the book is huge, and it may not be worth the hour of looking it up. :)

Mod
Nice characters. Are they both for the same rp or separate ones?

Wait, are you the dog in the Last Battle?

Elizabeth wrote: "Wait, are you the dog in the Last Battle?"

He might be! That's cool! My dog is that dog!

Joseph wrote: "Elizabeth wrote: "Wait, are you the dog in the Last Battle?"

I need to speak with my dog about this....

This isn't a real character just in case someone thinks it is....

Who IS your real character, then?

Elizabeth wrote: "Who IS your real character, then?"

Okay then. I'll make your topic as soon as I can.

From your conversation with Elizabeth, I'm a little confused. Is this the character you're using for the rp?

~Name: Kermillion Thistlegrass
~Nickname(s): Cricket
~Age: 40, looks 20
~Species: Satyr/Faun
~Bio: Cricket doesn't know his family, and thinks they may have been enslaved or killed by the White Witch
~Appearance: Curly, dark brown hair, small antlers, wispy goatee, blue eyes. Never seen without a green scarf with silver embroidery and a dark leather shoulder bag to keep his belongings in. He plays a set of pan pipes.
~Personality: Cricket tends to be a very nervous creature around new people, as they could be working for the White Witch, but is very kind when he opens up.
~Book you'd like to start in: Preferably The Lion, the Witch, and the Wardrobe, but any will do
~Weapon: Can use a dagger if necessary. He keeps one in his shoulder bag at his side.

Mod
That is a very nice character. I shall have a topic up for you soon. However, it might be a while. I'm in school and Goodreads is a little wonky here. I shall let you know when it's up.

You know what, yes he will be!

Mod
Buddy and Kermillion Thistlegrass, your topics are up so please copy your forms and be ready to paste them in your topics.

Name: Liora Hunt
Age: 15
Species: Elf (is that fine?)
Family: Guy - Father
Kara - Mother
Bio: Liora lived in Narnia her whole life. She was told that there were humans roaming Narnia and she was curious to find out who they are. Well, she saw the humans and now she wants to travel to the Outside World (is that what it's called?).
Appearance: 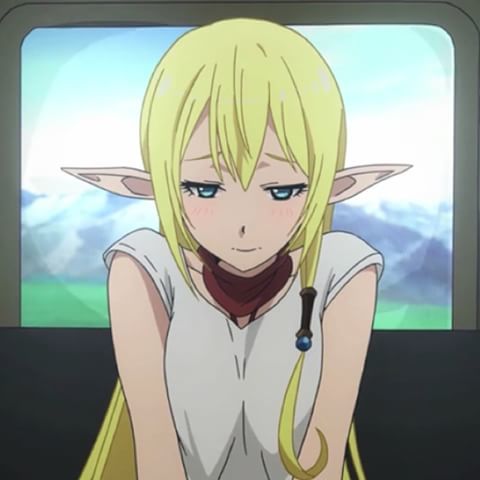 Personality: Shy, but can be fierce and brace when need to be. Towards people she mumbles over her words and she hates it.

Books you'd like to start in: I've only read the first, Lion the Witch and the Wardrobe, and bits and pieces from the others. Preferably from The Lion, the Witch, and the Wardrobe.
Weapon: Silver bow with arrows though sometimes she pulls out her elven sword.

Mod
Elf is fine.
They call it the human world.
I'll have a topic up for you by tomorrow.

You're welcome, Lorien. I have your topic up now. If you may, could you please copy and paste your form into a comment in the topic with your character's name.

~Name: grace
~Nickname(s): grace
~Title(s): none yet
~Age: 14
~Species: sorcerers
~Family: none that is known
~Bio:
~Appearance:
~Crush/Boyfriend or Girlfriend/etc.: none
~ Book you'd like to start in: book one
~Weapon: magic
~Extra:

Mod
Lots of empty spaces . . . is that on purpose? Is your character some sort of mystery? I'm just trying to understand.

~♥Crush/Boyfriend: None well not yet (to be updated)♥

~ Book you'd like to start in: Lion the Witch and the Wardrobe,

~Weapon: A long silver Bow (which belonged to her mother)two swords blessed by aslan and other weapons like shuriken and poisoned daggers 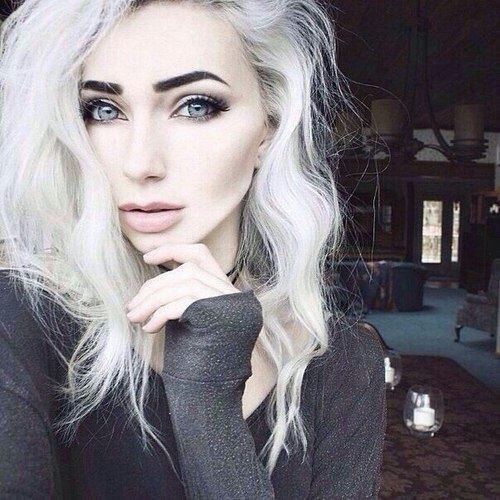 Appearance: She has long Silver hair that goes all the way down to her waist and stony Violet eyes,. Her ranges from 5 foot 5 and 5 foot 7. She has a petite oval face and startling dimples on both sides of her rosy cheeks. She has thin light pink lips and a slightly small nose, which beautifies her appearance. She is considered very pretty and cute even though she does not believe it herself. She has soft smooth skin, free of blemishes, which many people are envious of. Crystal is very well built in terms of her body due to her being very active in sports. She has long legs and perfect posture. . She inherited her sharp features that everyone in the nightingale family has mysterious grey eyes and sharps cheekbone. She is very Pretty but in a more dazing and awestruck way.


Bio: Her parents died ni battle when she was only two years old. Her mother’s friend who educated her in the way of art and languages then looked after her. She constantly slips into the human worlds wearing a hat, which hides her pointy ears. She likes to investigate the outside world. However, she knows that she will never fit in both the human and Narnia world. She has learnt every skill of a warrior and impresses people with her speed and agility. They watch in wonder and say that her parents would be proud.

Mod
Wow. This is a great character. I'll have the topic up in a bit.

Mod
Sorry it took me so long. I'll have your topic up in a moment.

Mod
It's up. Please make sure to copy and paste your form.

~Name: Victoria Bright
~Nickname(s): Vicky, Vic, Tori.
~Title(s): None for now, but later queen perhaps?
~Age: 20 Years old
~Species: Human
~Family: None that she lives with
~Bio: Tori grew up in London, but moved to live in Finchley when she was about 15 years old. There, she met the Pevensies. She was sent with them to live with the professor and that is when they all found Narnia.
~Appearance: [url=https://ibb.co/J2H5G2v][img]https://i...]
~Crush/Boyfriend or Girlfriend/etc.: Edmund (when he's older!)
~ Book you'd like to start in: I'd like to start out from book 1 and then build our way up as they both age!
~Weapon: Battle Axe, but if it isn't available, then bow and arrow!
~Extra: That pic is actually me! Hehe cx