Welcome to week two! I found myself googling a few things during this section like kilojoules, I’m sure Ang knew what it meant. Is there anything anyone else had to look up?

1. Have we learned anything new about Don? About Rosie?

2. When Don is preparing for his date with his “wife project” selection he uses a skeleton as a dance partner.
Did you understand why he purposely bombed out with Bianca but danced like a pro with Rosie?
2a. More importantly does he know?

3. The author casts Don in an almost caricature version of a nerd.
Is it overdone, just right or could use some improvement?
3a. If it needs improvement what would you do to improve it?

4. Before Rosie and Don left for NY Claudia urges Don to “listen” to Rosie.
Does he?

5. Were you surprised that Don reveals so much of himself to Rosie during their flight to NY?

6. Okay its time to cast your vote for Rosie’s role.
Who would you chose?

Wowza Deb, those are some great discussion points, which are going to require some deeper thinking on my part.

I think I finally have a bit of a mental picture of Rosie, but she's been extremely hard to picture for me for some bizarre reason. My pick is Wynona Ryder, obviously she is perhaps a little older now to play the role, but the younger version is close to what I have in my mind, with her pixie cut hairstyle. Back soon with my thoughts on the other discussion points.

Mod
Ang from OZ wrote: "Wowza Deb, those are some great discussion points, which are going to require some deeper thinking on my part.

I think I finally have a bit of a mental picture of Rosie, but she's been extremely h..."

Ang Wynona Ryder in her younger days is exactly who I think fits
Also Gilda Radner, and Goldie Hawn from when they were young and zany.

Mod
Okay its time for me to answer the questions

I was surprised to learn just how insecure Don is and the interesting thing about it is I don't think he realizes it.

Rosie hides her insecurities under her attitude and outrageous behaviors.

I have to be honest about answering question two. I don't know why Don acted this way. My best guess is that his subconscious is telling him Rosie is the one and so he's getting rid of the competition himself.
And whatever the reason I don't think he's aware of doing it.

Most of the time I think Don is believable but I have to admit that there have been a couple of times when I scratched my head and said. I don't think so!

I think Don is trying to listen to Rosie I just don't know if he knows how.

I wasn't really surprised that Don reveals himself to Rosie even though is shocked the heck out of him :)

1. Yes, you hit the nail on the head Deb, I think Don is insecure, and he hides behind being the odd one out.

2. I think Don didn't have trouble dancing with Rosie, was because when he is with her, he lets himself go. He feels comfortable with Rosie.

3. I don't think the nerd thing is overdone. I was pretty happy with how the author did this. I think some of the more "out there" things Don did, just made the story more enjoyable and funny. There were some face palm moments on my part, thinking oh my god, did he really just say that... do that!

4. I think Don did a good job of letting himself go in New York, by letting Rosie have her time to drag Don around and do the things she wanted to do. I think Don managed to go with the flow better than what I thought he would. At first I thought, this is going to be a disaster!

5. And I think Don revealing more of himself to Rosie was just him becoming more relaxed and comfortable around her.

Both actresses you mentioned seem like logical choices. I also want to throw Sarah Rue into the mix, because she is a redhead (usually) and can play a zany character. But like Rosie, she can come across differently when she's all dressed up. 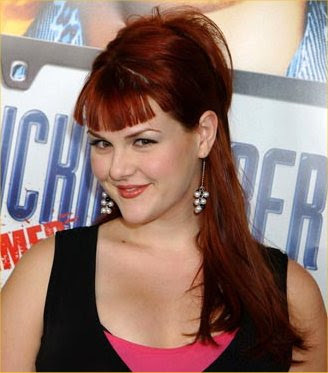 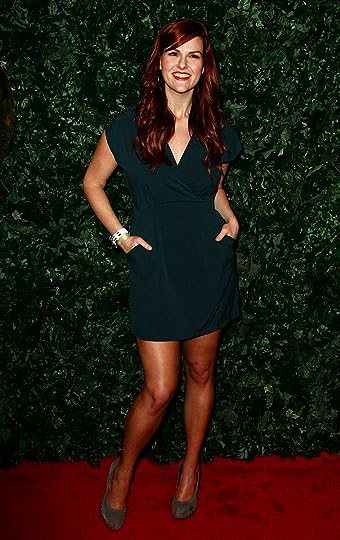 Mod
TarHeelGirl00 wrote: "I agree with everything you all have stated. I also think the same thing as Susan in that there is more to Don's story and I'm anxious to find it out!