Do you have a template?

Thanks for Reminding Me!!

can i have the cliche popular girl lol?

Mkayla has an Asian heritage, and you can see it in her face. She has a lean face with dark black eyes and short eyelashes. Her brows are thin and well shaped. Mkayla's nose is slightly long and a little slopey. She has tiny pink lips. Her body frame is very lean and thin. She is on the short side, about 5'3" Mkaylas chest is small and her legs are the longest part of her body. Her hair is long and gray ombré. It starts as a dark gray/blue at the top and flows into and silver/light gray. Mkaylas hair is naturally straight but she curls it sometimes. Her makeup is natural. She loves gray eyeshadows, mascara, winged liner, and pink lip stain. Her style is hard to describe. It is cute, chic, preppy, etc.
https://goo.gl/images/ghOZ5E
https://goo.gl/images/HHOzk9
https://goo.gl/images/6fHXPL
https://goo.gl/images/KoLGjC

Personality//
Although Mkayla might not look like the friendliest person, she is kind. Mkayla gives every one a chance and try's to never put anybody down. She makes friends pretty easily. Mkayla is outgoing. She will do anything, and isn't afraid to embarrass herself. She sometimes finds herself desperately doing anything to have friends. Mkayla is a confident girl. She also is a little bit flirty. Mkayla loves flirting with boys, but also is very academic. She enjoys school and tries hard to have good grades.

History//
Mkayla's family lived in Asia until she was two years old. They then moved to the USA. On the way to the USA, their plane crashed. Luckily Mkayla, her mom Anise, her dad Wen, and her older sister Una survived. Unfortunately, Mckayla's twin Ryla died. Mkayla hardly remembers Ryla, which is good because it keeps her from being to sad. Her family moved to San Antonio, Texas after the crash. They lived there peacefully until Mkayla was 10. She had a happy life up until then, making lots of friends and having fun. Her parents decided to move to Malibu, California when she was 10. Mkayla was devastated. She did not want to leave her friends. Eventually she came to terms with it and moved. When in Malibu, it took Mkayla a long time to make friends. She finally made some good ones, and has been enjoying her life in Malibu.

Weaknesses/Flaws//
-Disbelievment- since Mkayla believes that everyone is kind and innocent, she had gotten into some trouble with other kids for that.
-Insecurity- Mkayla is insecure. She thinks she is ugly, and has a lot of self hate. She tries to be nice to everyone so people are nice to her.
-Judgment/Carefulness- Since Mkayla will do anything, she will never say no. This could and has in the past let to some bad judgment on her part.

Strengths//
-Empathy- Mkayla is very empathetic. She will put herself in any ones shoes and give anyone the benefit of the doubt
-Resourcefulness- She is very resourceful. If something is not available to her, she will find a way to make it work.

Relationship Status//
Single. However Mkayla is definitely willing to date someone. In fact, she wants to. But she would like to get to know the person before dating them.

you can now pick her crystal

Okay. Do I just say

-Appearance- Kisa has long red hair, which she usually wears down. She has very pale skin and a few freckles. She has two small fangs on her top row of teeth, and hen she smiles it tends to freak people out. She like to wear loose, comfortable clothing that's easy to move in. She also has a scar running down her left cheek. 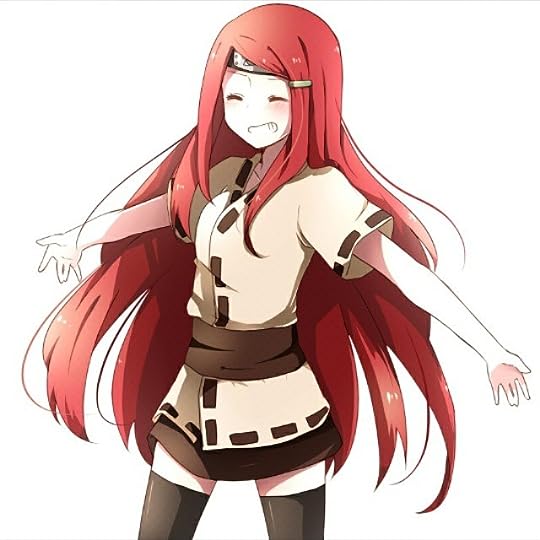 -Personality- She doesn't have feelings, and tends to ignore other people around her. She is always very bored and doesn't like social interaction. She doesn't care what other people say about her, but if she gets mad enough, she'l beat them up.

-History- Kisa came from a strict household, which led her away from emotional attachment. Her parents ignored her a lot of the time, so she found her only care from her older brother, but he died from cancer when she was ten. This led her to run away from her house. She returned a week later since she had no where to go, so they dropped her off at the school since they didn't want her to ruin their public reputation.

-Relationship Status- Single, but she doesn't like human interaction.

Approved- you may pick her crystal