While driving home on a quiet backstreet, Muse A spots a wounded animal on the side of the road. Having a soft spot for suffering creatures, Muse A pulls over and scoops the animal up into the backseat of their car. Muse A drives home with the good intention of nursing the poor animal back to health, unaware that the animal (Muse B) is really a shapeshifter. After making a comfortable place for Muse B to sleep, Muse A heads off to bed. By morning, Muse B is feeling a bit better and they shift back into their human form just as Muse A enters the room to check up on them. Muse B tries their best to explain whatвҖҷs going on without terrifying Muse A. According to shapeshifter law, Muse B now owes Muse A their loyalty and must stay with them until the debt is repaid.

Which do you want to be + age range?

Can i play Muse B? and i would say anywhere in their 20s?

I guess, narrowing it down than, between 20 and 24

Alright. Do you want to make your character first?

What info should we include?

The basics. Full Name, Age, Birth Date, Appearance, anything else you want. I'll follow your lead.

Name Allister Chait Dainen
Age 22
Birthday June 18
PersonalityAllister is a naturally curious guy and it oftentimes leads him towards risky or dangerous situations. A bit naive, due to not often being away from other shifters, there is very little he knows of 'normal' people. He is very spontaneous and excitable, making him come off as overly friendly rowdy.
Appearance
Height 5'6"
Eye Color Bright Blue
Hair Color Pale white blonde 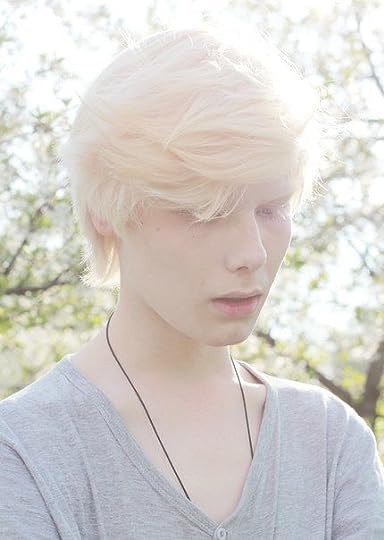 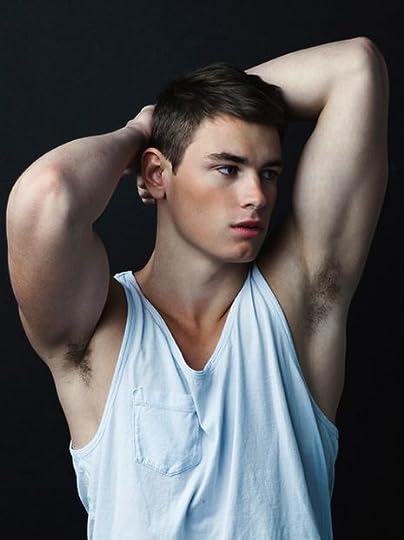 Ok so where should we start it at?

Prior to being hit by the car, what the shifter was doing, have him cross the road, and I'll have Alec hit him.

Sorry for being gone so long i was at my dads for a week and i dont like using the goodreads app!

So, you post first with what you shifter was up to, what lead him to cross that road where he vet ran him over.

Trekking through the woods, Allister was feeling quite irritated and huffy. Everything had just been going wrong today, and to finish the night off with an argument involving the majority of the clan he lived with just tipped him over the edge. If he hadn't of left then, things would be said that would just cause a big rift within the pack. It is with this negative mindset that had the usually joyful young shifter stopping through the woods in the dead of winter just after sunset. He gave a warning growl when anything seemed to get too close, a trick that would only work so long until the bigger predators began to emerge for nightly snacks. As it got darker, the number of small animals decreased, meaning that it wouldn't be long until coyotes and other such animals would roam. That in mind, Allister sped up to a run in the hopes of making it out of the dense woods before then.

Alec was driving out late from a party. His big blue Jeep rattled on the old mountain road. To his left was a dense forest, to his right, an incline up the mountain, leading once again into the woods. He was a big groggy from the night of partying, and the alcohol didn't help. He began to fall asleep at the wheel. The Jeep swerved slightly as he neared a turn.

Allister turned his head to look behind him, cheering victoriously in his head when he felt his paws leave the dense forest floor onto a more solid concrete. It is within the next moment when he turned his head forward that he realized his mistake. Lights flashing in the young foxes eyes, nearly blinding him with the brightness. The young shifter yelped in pain as he was hit by the car, small form leaving the ground for a few feet before skidding on the concrete. Bloody and going into shock, the small fox whimpered in pain dispersed with soft yips trying to call for help before passing out.

Alec jumped out of the car after slamming the breaks. He ran over to Allister, falling to his knees due to the drunkenness. He looked him over, "Fuck fuck fuck!" He scooped up the small white fox and ran to his car. He put the small, wounded thing in the passenger seat. He then drove down the mountain to his workplace and quickly brought the small fox inside and looked it over to find no serious damaged. He didn't know what to do after he bandaged and decided he'd take the fox back home with him to decide what to do next. He rested the fox on the pillow next to his own.

Through the entire night, Allister slept fitfully, but did not wake. As morning arrived and the sun began to rise though, the young fox began to wake up. With a tired yawn, Allister blinked drowsily, peering around the unfamiliar room, pausing when he spotted Alec beside him. He was still for a moment before he yelped, scrambling uselessly until he fell from the bed, only succeeding in disturbing the injuries he had gained the night before. He was only down a moment before with a grown he shifted into his human form; this one much more capable of dealing with the injuries.

The sound of the yips of a fox woke young Alec. Alec's eyes focused on the cute pudgy butt of a naked albino boy on his floor. He smiled softly at the sight of the perfect ass, but then realized he was an intruder. And where the hell was his fox? Was this nude pale boy fox-napping his founded animal friend? "Hey, you! What do you think you're doing?!" He jumped out of bed, only to forget that he was naked as well. "Shit." He said as his face reddened.

The sound of someone shifting on the bed alerted Allister to the presence of another person in the room. He was only allowed another moment of calm silence before he was startled by a loud accusatory yell. Eyes wide, Allister sat up, quickly skittering back as his eyes focused on Alec, his own bright blues, meeting the others gaze. Opening and closing his mouth a few times, the young shifter finally settled on a confused and curious, "Hello?" Neither answering or acknowledging the questions he was asked.

Alec used a pillow to cover himself up. He looked around for a weapon, and took a bedside lamp to defend himself with, "Don't 'hello' me, who are you and why are you in my bedroom? And why are you naked?!?" He demanded, waving the lamp in front of him.

Allister barely blinked when the other brandished the lamp as a makeshift weapon. The first question had him looking around the room a second time. "Oh. Is that where i am?" He hummed, nodding as if this answered all the questions he had ever had. Then he registered the other questioned and looked down at himself. This time, he spoke quietly and more to himself. "Huh. it would seem that i am. . .Well then," Glancing up at Alec, back to himself and then at the other once more, he lifted a hand and waved cheerfully.

Alec stepped backed, surprised at the cheerfulness of the pale boy. Fuck, he's really cute. He scowled in confusion. "You...you're not here to rob and or murder me?" He asked as he began to lower the lamp. His grip on the pillow covering him lessened slightly. But where was his wounded fox?

Allister cocked his head to one side and furrowed his eyebrows. His hand lowered to the ground once more before he spoke spoke, "Uhm, no? I don't. . .think so? I don't really know where i am." Humming with thought, The young shifter looked around the the bedroom, taking in more detail now that the other didn't seem like he was going to bash his head in with a lamp.

Alec looked at him, "So, uh...if that is the case...have you seen a small white fox around here?" He asked the cute naked boy on his floor. His heart raced. He didn't have time to be distracted but the intruder who he found attractive. A wounded animal was missing.