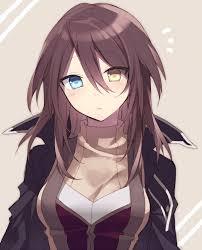 Aiko has mid length, messy brown hair. She has one blue eye, and one yellow eye. If people saw her face they would easily recognize her so she has to wear a cloak. Her normal attire is A corset, with a trenchcoat neckline thing. (Idk)) She wears black pants and white boots also. Aiko has fair skin.
♘ What do your 3 weapons look like?
She isn’t in the games but carries weapons with her. 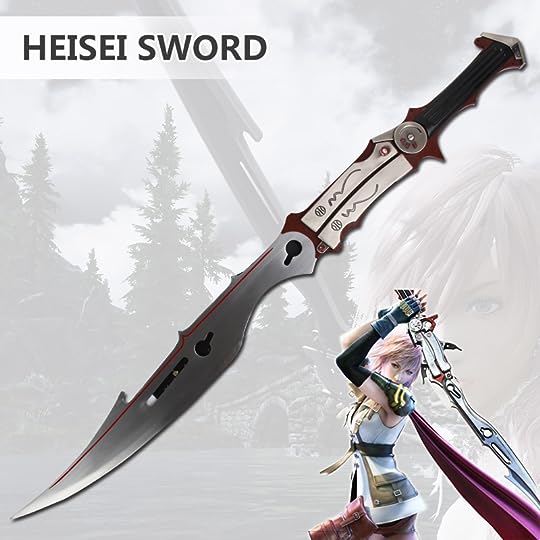 ✼-Outfit-
Her normal attire is A corset, with a trenchcoat neckline thing. With the additional cloak: 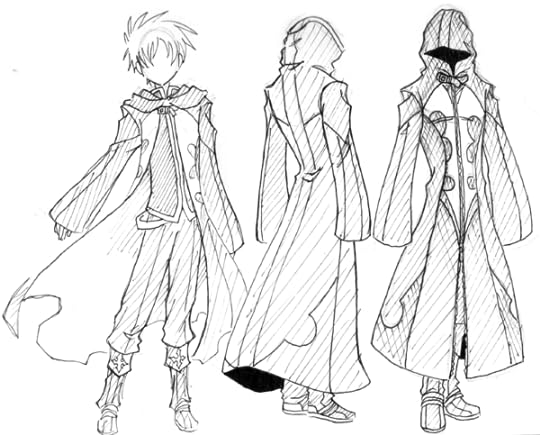 ✼-Eye & Hair Color-
Aiko has mid length, messy brown hair. She has one blue eye, and one yellow eye
♡(Gif or Pic If you want)
➢Personality:
Aiko isn’t naturally a killer but she’s good at it. If someone gets in her way she’ll cut them to pieces. She’s cold and antisocial, but is very intelligent for her age. She is wanted by every kingdom around and still hasn’t been caught. She did have one friend but he was killed in the middle of a job she was in. Aiko won’t forgive herself for it and vows to avenge him. Her goal is to become wealthy, (Which she already is kind of), take over all three kingdoms with force and then reign over all. Though, she knows it probably won’t happen, she wants revenge on them.
♡(Gif or Pic If you want)
➢History
Aiko and her family grew up extremely poor, they would beg for food and money and would never get it. Sometimes the guards would hurt her mother and her father was one of them. He ignored their pleas and left them alone. She grew up in a small room in an alley and had to take care of her sisters all the time. The youngest was always sick, and one day she perished. The rest of her family was killed and tried for treason when they did nothing wrong. Aiko ran in fear and joined a gang. Instead of being filled with fear, she was the one being feared. She left the gang and set uf on her own later becoming the ‘Queen of Thieves’ and or ‘Kaitou’. She is one of the most feared in the world and even gave the king of
➢Likes
➢Dislikes
♡(Gif or Pic If you want)
((Almost done with the queen of thieves!!)) 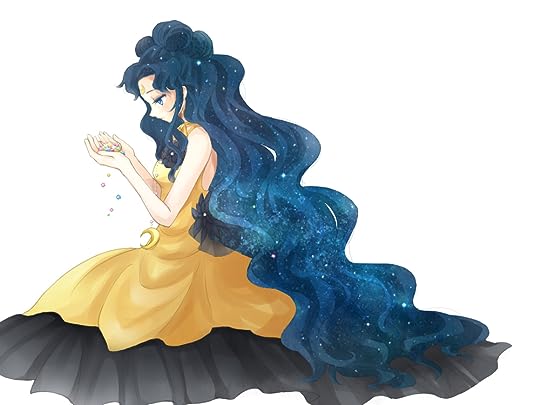 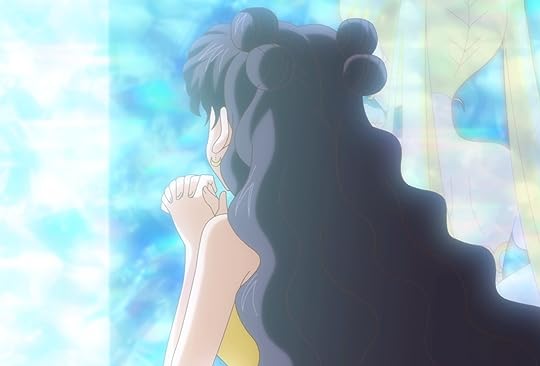 ➢Appearance:Lyra has long thick wavy black hair. She usually ties it in two double buns on the sides of her head. She has shiny crystal blue eyes and pale skin along with a full chest and a curvy figure.
♘ What do your 3 weapons look like?
She has a golden blade with a crescent on it.
A crescent staff with silver ribbons on it
a silver bow with gold arrows
✼-Outfit- She wears a short yellow dress with thin straps. The dress has a black underskirt and a black ruffly belt. She wears black high heels.
✼-Eye & Hair Color- Black hair and blue eyes
♡(Gif or Pic If you want) 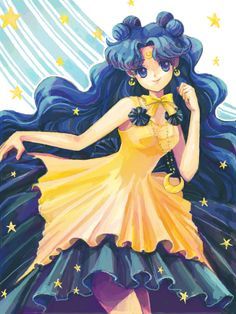 ➢Personality:Lyra is very shy and quiet. If she is talking to someone she didn't know..she would either stutter a lot..or freeze up completely. Lyra will help anyone in need, if they are sick or injured. She will act kind and cheerful around the people she knows very well..like her family.
(Gif or Pic If you want)
➢History: Lyra had a happy childhood, she had parents who loved her, servants who took care of her every need. Lyra grew up under the protection of her parents, she barely went outside and saw other people..resulting in her being extremely shy.
➢Likes: Tea, cats, reading, baking
➢Dislikes: Being in crowds of people..
♡(Gif or Pic If you want)
➢What's in your pack? ((Maximum 4 items))
Water
Bandages
Apples
Matches

Your welcome! I hope I get a chance to rp with you using her!

Maybe we could rp after I finish her?

I have one question for the weapons, could she have a staff?

omg this group is turning out amazing!

♤ Name: Hikaru
✼-Nickname-The Executioner
✼Kingdom they belong to
Erenheart
♡(Gif or Pic If you want) 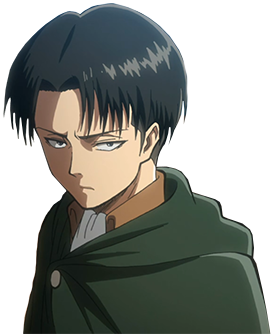 ✼Age:19
✼Sexuality: No
✼-Relationship Status And Who-
none
✼Are they royalty?
Yes, the Prince
♡(Gif or Pic If you want) 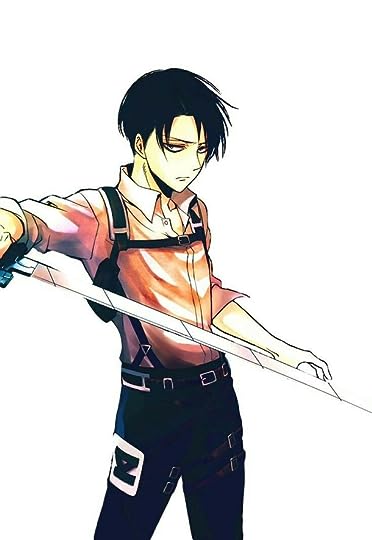 ➢Friends:
None
✼-Best Friend-
Nope
✼-Other-
N/A
♡(Gif or Pic If you want)
img src="http://33.media.tumblr.com/86878980cf..." width="500" height="500" alt="g"/>
➢Appearance: Hikaru has shaggy black hair that is shaved at the bottom. He has silvery bluish eyes, no one knows their exact color because some days they are blue, or silver, or occasionally sea green. He is a bit pale, with a porcelain complection.
♘ What do your 3 weapons look like?
Hikaru has a machete like sword that has five line's going down the sides. He has two grappling hook like rectangles that are attached to his sides. He also has a small curved blade that can turn into a scythe. It has poison embedded in it.
✼-Outfit-
Hikaru wears a crisp white shirt with brown suspenders. He wears black pants and brown boots. His pants have brown straps on them that he can attach the grappling hooks onto.
✼-Eye & Hair Color- He has black hair and his eye color is unknown
♡(Gif or Pic If you want)
img src="https://67.media.tumblr.com/ce08192bf..." width="500" height="500" alt="g"/>
➢Personality:
Hikaru is a skilled fighter, he is sort of the king and queens secret 'executioner' hence his nickname. He hardly ever talks to people, on the outside, he seems like the strong and silent type...but on the inside..he is an emotional wreck. Hikaru regrets one thing, not being able to save the one person that mattered to him. He hides all his emotions, his heart is surrounded by a wall of ice. Hikaru secretly loves to clean also.... Don't tell anyone though
♡(Gif or Pic If you want)

➢History
Hikaru was trained in fighting as a child, he was quite skilled at it. When he was 13, he was sent to execute a dangerous criminal. On the mission, he met a small girl who accompanied him. She refused to leave his side when the criminal injured him, she ended up getting killed. Hikaru killed the man, in one hit out of rage and after returning to the castle. He became an emotional wreck, although no one knew about it of course. He continued his missions, anyone who dared to face him in battle has died. He hasn't let anyone live.
➢Likes
-Being alone
-cleaning
-tea
-fighting
➢Dislikes
-criminals
-people who disobey the law
-unclean places
-dust
♡(Gif or Pic If you want)

➢Friends:
Most people think she is crazy

➢Appearance:
Spade has long dark brown hair that she ties in a pony tail. She has bright hazel eyes and pale skin. Spade is slim with a full chest.

♘ What do your 3 weapons look like?
She has two double swords, and a small blade embedded with poison 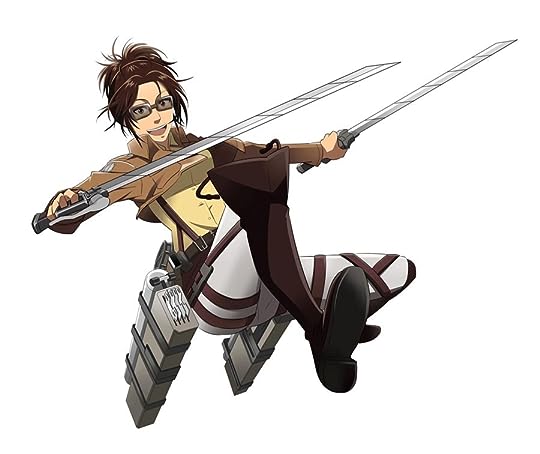 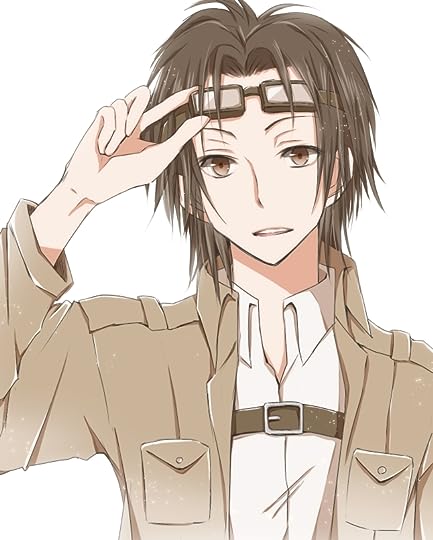 ➢Personality:
Spade is very smart, she is very kind and is always interested in learning new things. She is the a scientist for Erenheart, although she is also a skilled doctor and inventor.
♡(Gif or Pic If you want)
➢History
Spade was born with an interest in science. She would dissect dead animals that she found. She was often picked on because of it, but she never let any of it get to her. Spade eventually became the royal scientest for the castle.
➢Likes
Dissecting things,learning
➢Dislikes
Being bored
♡(Gif or Pic If you want)
➢What's in your pack? ((Maximum 4 items))
(not in games) 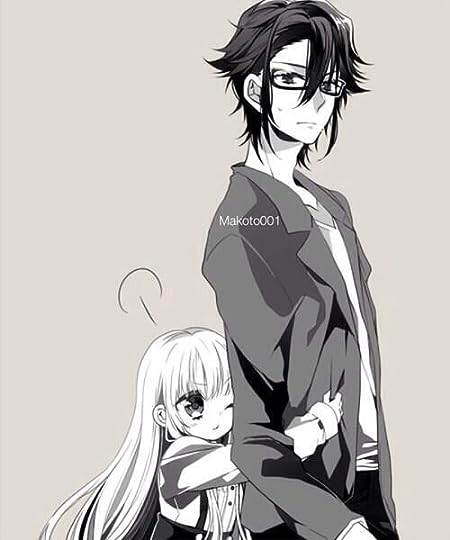 ➢ Personality: Masashi is very caring and protective of his son. He hates remembering the past and all he wants to do is keep Naruhisa safe. Masashi is kind and a pretty open person. He loves spending time with Naru and will put Naru's needs before anyone else's, even his own. Masashi can get a little shy when he's around a person that wants to be in a relationship with him. He's been that way ever since the day his girlfriend, Sakura, died. Masashi thinks that it is his fault for his girlfriend's death.
♡

Just going to plop this special snowflake here until I finishes him
♤ Name:
Ciel *is not sorry*
✼-Nickname-
Demon Child, Satan
✼Kingdom they belong to
Kleins
♡(Gif or Pic If you want) 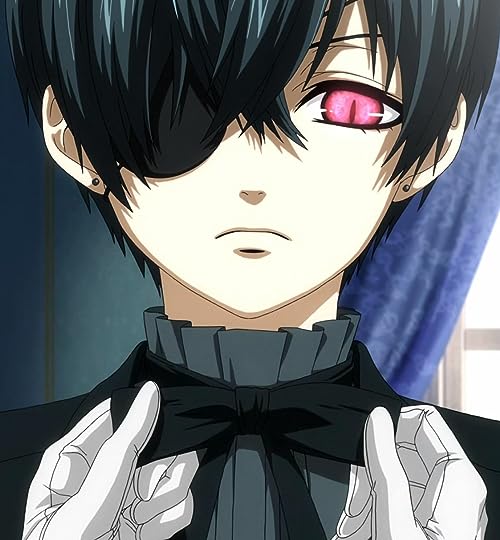 ➢Appearance:
Ciel has short blue/purple/black hair. His eyes are an icy crystal blue, he is also very pale. His left eye, which is covered by an eye patch, is violet with a magic circle on it. His other eye turns pink with a slit pupil.
♘ What do your 3 weapons look like?
Ciel has a black rapier, a small knife and a whip 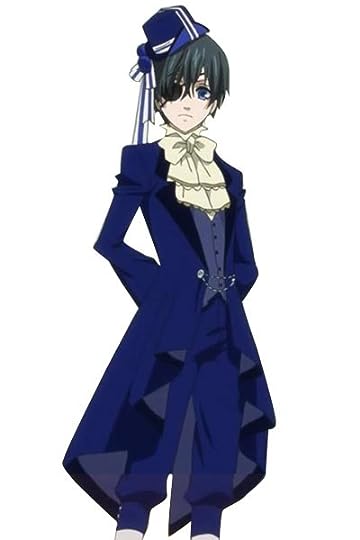 ✼-Eye & Hair Color-
Ciel has black/blue/purple hair. He has one blue eye and one violet eye, which is covered with an eyepatch.
♡(Gif or Pic If you want)

➢Personality: Ciel seems cold and rude on the outside, he never tells anyone his true feelings. On the inside he is an emotional mess..
♡(Gif or Pic If you want)
➢History
Ciel's parent's knew he was different when he was born, he was half demon. Ciel was born with demonic powers, like mind conrol and magic circle creation. His parents hid him inside, infact only three people know he exists. To this day, he remains inside the castle, unable to leave
➢Likes
Being alone, the dark
➢Dislikes
most people
♡(Gif or Pic If you want)
➢What's in your pack? ((Maximum 4 items))
not in games

CAN HE HAVE MAGIC POWERS

HE CAN OML HE CAN CIEL WILL BE BEAUTIFUL

OH MY GOSH YAY BUT WHAT POWERS

knowing iebsjsixiwewe kid neurons dirbfjrbfjrjjrnfnfn to the point where the u eur to get the best hang of with out you are can have it in the my life I is a very good long time. Yass but what should his age be?