"By my Father's light, I will survive."

Do you want to be the demi angel or demi demon?

I'll be the Demi Angel then :)

Do you want to make your's first?

Can I be the submissive?

I didnt think a demi demon would be a submissive one

Occupation: Arch Angel to be 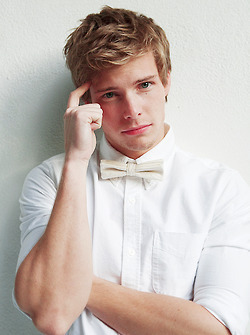 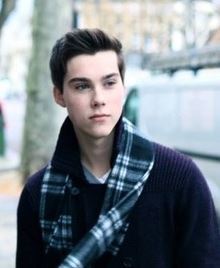 Woah... I didnt think you were doing Lucifer

The Count wrote: "Woah... I didnt think you were doing Lucifer"

Is Lucifer the name of the Devil in this? Or is it Sammael?

Also, I thought they were supposed to be half human half angel?

Yes it is... Oh right... we could do demis or the other idea was an angel or demon sick of there roles and heading to earth and living life as "humans"

Well, I made him with the intention of him being a half demon...

Why the -.- it was the plot you initially chose. Can you post first?

The beautiful sunlight bleed through the dorm curtains emitting everything in the room in a healthy glow. As soon as it touched the cherubic Daniel, his eyes opened wide followed by a snow white smile. Honestly he couldn't get enough of this gorges Virginian mornings. It was like God had blessed every day for him; that was if he wasn't upset at him for leaving Heaven.


Danny jumped out of his bed excidtly as he rushed to the bathroom to get ready. Toothpaste, shave, shower and get dressed. He had a thing for white. As soon as he had finished he skipped over happily to make himself a giant breakfast. “You’re up?” A groggy groan came from his roommate Tom who was sleeping when Danny’s cheer humming awoke him from his slumber.

“Oh my apologizes friend, I guess i’m in quite the mood today.” Danny replied cheerily, whisking some eggs as he cheeked on the status of the pancakes. Tom rolled his eyes before plopping himself on the couch. By month three he wasn’t exactly used to his roommates overly cheery and weirdly curious demeanor. It was almost too much for him. Non stop, 24/7 with him. It wasn’t the first time he thought about switching roommates but every sense he came he felt… happier as if just being around him just made his life better. On that note Tom decided to keep him around.

”Big meal today?” Tom asked the blonde to which he received a cheery nod before finishing the omelet. “Yup got a lot to do today… oh which reminds me.” Danny said before scarfing everything down then hugging Tom. “God bless you my friend.” And like that he was out the door.

(So demi-angels live in heaven?)

Sammael, son of Lilith and a Jewish Rabbi, sat at his street corner as he did every day, playing the guitar he had stolen from a fellow homeless' body after she had overdosed on Rapture, this new drug on the streets that was more lethal than anything ever produced, yet got people so high they were said they could use it to see and talk to God. Not that Sammy was religious. His father had abused him, excuse me, 'exorcise' him form the incubus inside of him. And so when that didn't work, his father left the child to die on the streets. Sammael had been living off of soup kitchens since he was six, and found his gift for music at eight, using his talents of guitar and singing to make enough cash to buy himself a dinner twice a week. He sang Homeless, by Ed Sheeran.