note: This topic has been closed to new comments.
17 views
Archive > Get To Know Peter Sutcliffe

I've noticed he has been in the news more than usual in the last months. They are considering moving him from Broadmoor hospital to a prison after being declared sane.

He doesn't want to go. He is also ticked because they have stopped allowing him to hang out with his best friend and fellow patient, David Coates, a murderer.

That's sort of funny, because after Ian Brady got himself transferred to a hospital with a ludicrious mental-health diagnosis, he discovered it was far worse than prison and he's been trying to go back ever since.

Peter Sutcliffe moved from Broadmoor psychiatric hospital to prison because he no longer needs treatment for any mental disorder. Moving him to a prison could save up to £250,000 a year. That's $330,000 US dollars! Sure is expensive keeping them in a psychiatric hospital. They think he was moved Frankland prison in Durham. I guess it's not confirmed.

Petey NEVER needed treatment for any psychiatric disorder. He's so full of "peanut butter" his eyes are brown!

Another news article ... to be expected with the big move to the prison. This one was interesting. His brother was interviewed. He stopped taking Peter's calls (temporarily) because he was constantly whining especially about moving to a prison. He fears for his life in prison. Poor guy.

Maybe he should have thought of that before he killed all those people. 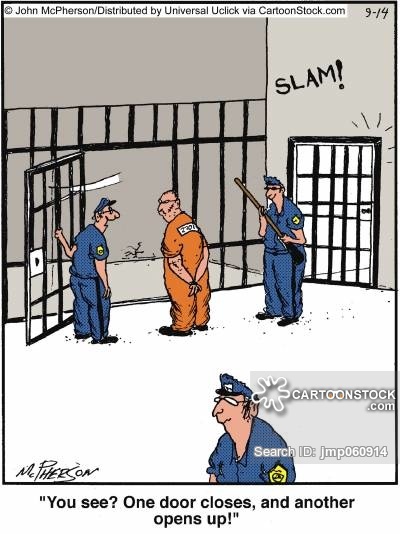 Fishface wrote: "Maybe he should have thought of that before he killed all those people."

My heart bleeds for him,he should've been transferred years ago.

Lee: Would you say that part of the reason for moving him now is to put him in the position to prosecute him for these new charges? If he was still in a hospital, he would be considered still insane and it would make it harder to prosecute him?

I believe they do it the way it's done in the USA -- whenever a new trial comes up they evaluate whether he is currently capable of participating in his own defense. If not, they stabilize him enough to try, and try him. Where they sentence him if he's found guilty -- hospital or prison -- is a completely separate issue.

Shelley wrote: "Another news article ... to be expected with the big move to the prison. This one was interesting. His brother was interviewed. He stopped taking Peter's calls (temporarily) because he was constant..."

You guys know when I said "poor guy", I was being sarcastic, right? :)

What I don't know is whether you meant "persecute" or "prosecute." I mean, no doubt he feels he's being persecuted, but... :)

Yes, I meant prosecute!! I will go back and edit that.

Shelley- I don't think he would face any further prosecutions,at 70 years old and already facing a whole life tariff I doubt the Crown Prosecution Service would want to take it up.
I think it might've been a different matter if he was facing release but as it is he is going to die in prison.

The Moors Murderers never faced a new trial for the killing of Pauline Reade and Keith Bennett even though Myra Hindley was in a normal prison at the time when Brady revealed they were responsible.The Police just considered the cases closed,rightly or wrongly.

So when articles say more charges may be coming, they are likely wrong?

I wouldn't want to stop anyone from prosecuting his sorry butt. It would be wonderful for the families to finally get their day in court.

That's how I feel. I know it's expensive to prosecute someone. Wish things were different for the families.

Shelley wrote: "So when articles say more charges may be coming, they are likely wrong?"

I would say so personally.I know he did admit to a couple of non fatal attacks many years later after a police investigation into unsolved crimes.As for the claims of other murders mentioned in the recent book the police have been largely dismissive of them especially the killings in London.

So now he is thinking of converting to Islam.

"HMP Frankland is ruled by gangs and you are either in a white gang, black gang or Asian gang. If you are a child killer, rapist or a mass murderer, the only gang who are going to let you in are the Muslims but you have to convert to Islam.”

And then this in the same article:

"In 2012 child rapist Mitchell Harrison was killed and disembowelled by fellow prisoners who allegedly planned to eat his liver."