"She was Aelin Ashryver Galathynius - and she would not be afraid."

"We all bear scars. Mine just happen to be more visible than most." 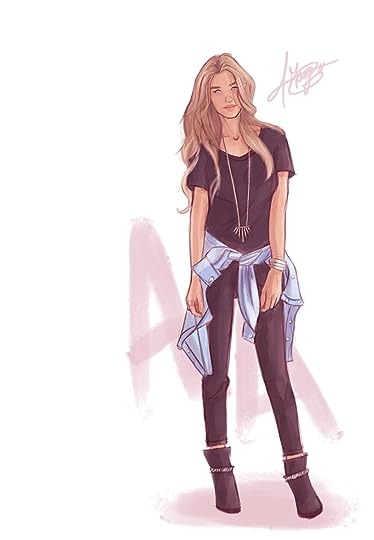 Personality: Aelin is very self-confident, sarcastic, loyal, intelligent, and often vain. She is impulsive, intuitive, and kind-hearted, always seeking freedom for herself and others. Although Aelin is a bit of a flirt, she always has the best interest of her loved ones at heart. She enjoys reading books, shopping, and traveling. She will do anything for her friends and family, once saying that she would gladly become a monster for them.

"Monster. And yet... For her friends, for her family, she would gladly be a monster."

Ability/Abilities: Aelin has the unnatural swiftness and grace like that of vampires and werewolves, due to her fae heritage, and this can be enhanced with runes. She can control and manifest fire, and even shape it into shields, daggers, and arrows. She also has a very small affinity for water from her mother's side, and has advanced healing, as do all Fae. Also, her heritage gave her advanced hearing, smelling, sight, and taste. She is a very skilled swordsman, and knows how to use just about any weapon, especially daggers. She will age differently and live longer than most Shadowhunters.

History:
Early Life - Aelin lived with her parents, knowing what they were but practically oblivious to the danger. She had always thought that they were too good to get hurt by some stupid demons. And they were some of the best. She had no control over her magic at this young age and would often have outbreaks caused by anger or frustration. They were murdered when she was eight on a stormy night, and she had crawled into bed with them thinking that the wetness was rain from the open window. She never found out who did it or why anyone would want to, as they were nice to about everyone. She ran away the next day before they came back for her.
Teen Life - Aelin was soon rescued by a rogue Shadowhunter named Arobynn Hamel, not a former circle member but certainly very close to many of them. He renamed her Celaena, and made sure her fey heritage was never found out. He also trained her in all weapons and methods of defense and fighting. Once he went so far as to give her the choice to break her right hand or for him to break it so that she would learn to use both hands equally. Arobynn had trained other Shadowhunters too and was somewhat of a master, very rich and unknown to the Clave. Eventually she was declared his heir as he never had any children.
Arobynn had always had another boy that he trained, Sam, who was just a bit older than Celaena. They had always been in some kind of competition, and she had toed the line of hating him all throughout growing up. After being sent on a few missions to get more allies for their 'master' they became close and she came to understand him more. As it turned out Sam had never hated her, but loved her and she soon came to have the same feelings for him. They ran away before she turned 17 and found an apartment in the mundane world. She never told him of her fey descent or her real name, although she had planned to when she was ready. This never happened, as he was killed when they were fighting a big group of demons and she could not get to him in time. This obviously had a huge effect on her and in response she decided to go to the Clave and become a registered Shadowhunter in honor of Sam's wishes. She was sent on few missions and found some lifelong friends, a couple of which were Dorian Havilliard and Chaol Westfall. They grew very close and were a team. After spending two months with them, she heard word of her cousin, Aedion Ashryver, and immediately went to find him. He had thought she was dead like her parents, and, once over the shock, they became parabatai like had always been planned when they were children.

"She couldn't explain it. No one could understand that instant bond, that soul-deep assurance and rightness, unless they, too, had experienced it. But owed no explanations to anyone - not about Aedion."

Other: As a joke, she often tells Shadowhunters that her last name is Fireheart. 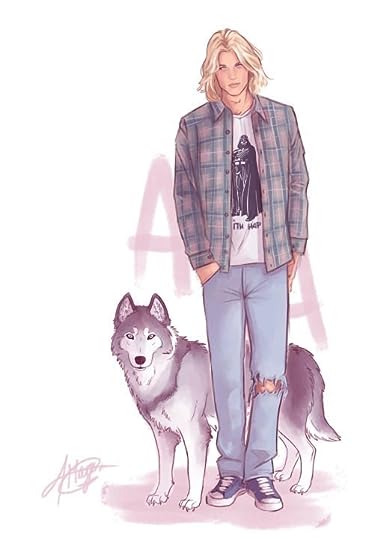 Personality: Aedion has Aelin's snarky, sarcastic attitude and her self-confidence. He is unfailingly loyal, and often reckless and insolent. He is extremely protective of Aelin, and it can take up to a year or more for him to fully trust a person. They have a bond stronger even than brother and sister, which can only have come from their fae heritage. While he may appear to have a hard shell, he is a real softy on the inside once you get to know him.

"It was their bond, marked by blood and scent and something else she couldn't place. A tether as strong as the one that bound her to her parents. Stronger, in some ways."

Ability/Abilities: Aedion has the unnatural swiftness and grace like that of vampires and werewolves, and advanced senses. These can all be enhanced with runes, but not by much much, seeing as they are already very good. He is an amazing fighter, especially with a sword. He will live much longer than normal Shadowhunters.

Just a quick question, do we make up characters or just use the ones from Cassandras books