I can't believe you XD

Annnyyyywayyyysss, you're a poopsicle. An amazing poopsicle that I still think flatters more than she should.

Okay XD Good, I'm not the only one, ahaha.

I did indeed, poopsicle XD

Pahaha! Well, I'm good with, like, anything and everything. No preferences here ;3

We can redo their templates if you like :3
I'll probably end up redoing his as well since I'm kind of better at templates now too :P
Yayyyyyyy :D

Yay! :D
You wanna do long versions or short ones?

Ermahgerddddd! Those are adorable ;O; They suit them perfectly!

I may get really lazy with his template and just insert a lot of stuff from the old one >.<

Aha, build up then? XD

You sit on a throne of lies. It was poopy.

▸ As a boy's name, Remus is of Latin origin. The name's spelling is the same as the Latin word for "oar", and hence possibly means "swiftness". The name of one of the legendary twins (the other was Remo) who founded Rome. Made familiar by Joel Chandler Harris' "Uncle Remus" stories which were popular in the early 20th century. 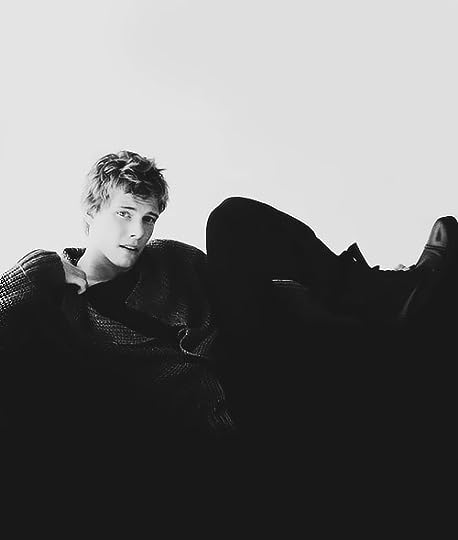 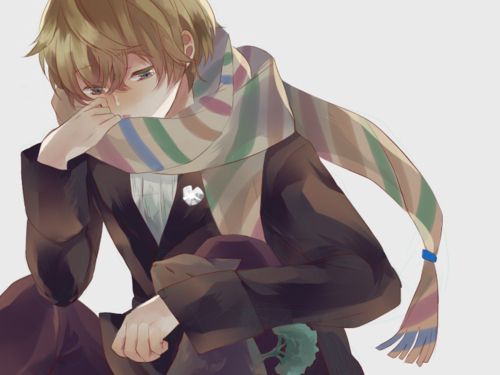 (( ▫ Suiting him quite well, Remus's hair is a short, blonde pigmentation. He keeps it short, hating it otherwise.
(( ▪ Remus's chosen vessel had bright green with little specks of brown here and there. As he possessed the human, Remus gained this eye color.
(( ▫ Remus is quite tall, even for an angel. He towers over most others, standing at a height of six foot four.
(( ▪ As his vessel was a fairly athletic person, Remus's body was always in shape. For the short time that Remus has been occupying it, this fitness has pretty much been retained.

彡 Confidence is found in silence,

▸ "If you don't accept my silence, you don't deserve words."

.·˙⊹ 〛 : Remus doesn't talk much. In fact, he doesn't talk at all. No one has ever heard him talk, not even Eileen. It's not known why exactly he doesn't talk as he is fully capable. He just... doesn't. Instead of using words, Remus uses gestures. If he is annoyed, he'll roll his eyes or just walk away. If he's sad, he'll most likely cry, even if its over the stupidest of things. When Remus is happy, it's really obvious as he'll smile wide, laugh, and clap. Yes, that's right, Remus will laugh. This just shows that he's capable of talking as his voice comes out in his laughter. But even so, he just won't talk. Eileen has tried thousands of times to get him to say anything at all but he won't. It might be stubbornness or maybe he just doesn't know how to make his voice come out. No one will ever know though as he'll most likely never say a word.

▸ "The way to remove your lies is to make them come true."

.·˙⊹ 〛 : Remus is a really rebellious angel. He's not rebellious to the point of turning against his superiors or his angelic duties, but he doesn't tend to listen to others when they tell him to do something. Most times, Remus will do the complete opposite of what someone tells him. You want him to go get you a Coca Cola? You can bet he'll bring back a Pepsi. If you ask him to go take a shower, he'll most likely take a bath in a mud puddle. He just does not like to be ordered around and doing the opposite is one way that he can let you know he doesn't like it. There is however one person he will always obey and that is Eileen. She's sort of like a motherly figure to him. Like most kids are with their mother, he's pretty afraid of what she'll do if he disobeys. Really, the most she'd ever do would be to send him to the corner for time out, but she does like to joke around and say she'll stick him with her angel blade if he doesn't cooperate. That usually freaks him out pretty badly.

Remus was created as an angel one and a half years ago. When he was created, he was... different from all the other angels. Remus never spoke, never showed any sign of amazing intelligence like most angels, and was just overall not normal. Because of this, he was given another angel to watch over him - a protector of sorts - and this angel's name was Eileen. Eileen had been around for a long while (752 years to be exact) and hated to be put on the job. She really saw it as babysitting duty. But as an angel, Eileen couldn't complain. Against her will, she was forced to take Remus to Earth with her to try and help him with his... problems.

When Remus and Eileen first arrived on Earth, it was unbelievably hectic. One of their first tasks was finding a suitable vessel for both of them. Eileen found hers with no problem, but Remus’ was a little more complicated than that. The ones they did find for him were either really creepy looking or looked to be in their late sixties. With Eileen’s vessel being a sixteen year old girl, she didn’t think that would go over well. Eventually, they found the perfect vessel. Okay, maybe not perfect, but good enough. The seventeen year old boy had been a long haired surfer who thought his life had been wasted. He prayed for an angel to come to him and Remus did in the form of possession. Though the vessel was the perfect age, Eileen thought it needed some fixing up. So once Remus was comfortably situated in his new body, she took him to get a haircut and bought him some new clothes. When he was all set, Remus appeared the way he does now: a tall, pretty much well dressed, seventeen year old jock. Eileen thought he looked perfect.

Over the course of the next year, Eileen did everything in her power to fix Remus up. She tried to get him to talk, even going so far as to take him to speech therapy, but no matter what she tried, Remus just wouldn’t budge. Eventually, she just accepted the fact that he didn’t want to speak and left it at that. After this, Eileen took him on her duties eliminating demons and other vengeful spirits. Most of the time though, Remus screwed everything up. If Eileen told him to stand guard and watch for any sign of demonic activity, there went Remus bounding down the stairs so he could catch the ice cream truck as it went down the street. If Eileen told him not to move a muscle, he’d perform a stripping routine for the vengeful spirit they were facing, most of the time making it even more vengeful. But no matter what, everything always seemed to turn out right for them in the end. Eventually, the two grew very close and formed and sister and brotherly bond with one another to the point that they were inseparable. Everywhere that Eileen went, Remus followed and its been that way ever since.

In recent times, Eileen and Remus have found themselves at the Hunters HQ. The two of them were first called there when a hunter was found dead, killed by a demon on school grounds. Though they were originally never going to be involved in the war between the angels and demons (Remus is still seen as quite the incompetent angel), it was decided that the two would get some practice out of the experience and it wasn’t like heaven has anything to lose if they are harmed in the up and coming war. So basically, they’re just there to prove Remus worthy. Eileen likes to think that they’re extremely important to the cause though and will frequently act as though she is the leader in the whole thing when that is clearly not the case.

Yessshhhh! :D I have to leave in a half hour, though, for an orthodontist appointment >.<

Um, do you still want to do the school setting or do you want to do something away from that, like in another environment? I'm good with whichever, honestly :)
As for general plot, we can do the whole thing with Maverick if you want and totally flesh that out. I mean, we could go hardcore with that if you want. I'd totally be a-okay with that.

I gotta go, but I agree on the school thing.

And that would be great :) I love your villains.

Anyways, talk you later! Probably around three or four. Bye! :3

Okkkiiiiieeee! Set to go~
Sowwy for the wait. I was working on a character and stuff :3 I need to finish a few.

Anyways, I'm ready to go when you are! ^_^ So you want to do kind of the same set up as last time, with the whole library thing and him possibly falling on her and it being adorably awkward with his random stripping? Because that would be cute, and I'm up for everything :3

Ooh, I hate it when you have to do that with people >.< Some people are just a little oblivious when it comes to things, though, I guess.

Remus really really really really hated libraries. So much so that he thought he might just die whenever he walked into one. You know, if that had actually been possible. Now, one might ask then, why was he there? Why would he, an angel that absolutely despised all the reading and writing that went into this place, wander into one. Well, that was exactly the problem: he'd wandered in and now that he'd entered, well, he couldn't exactly find his way out. That seemed to be a frequent problem nowadays, what with him randomly walking into a building, expecting some kind of restaurant, only to find out that he was trapped in a place with so many uninteresting people that he almost died of boredom.

What was keeping him there, though, was the fact that he'd managed to pick up the right book. Just by chance, he ended up walking over to a bookshelf, feet padding loudly on the floor and disturbing a few book-absorbed patrons. They shushed him, but Remus didn't seem to care. He just went right on, picking up the book and flipping to a random page. All the pictures jumped out at him, and he his eyes shone bright when he caught sight of all the images of food. Luckily, he'd managed to grasp hold of a cook book. What luck was that?