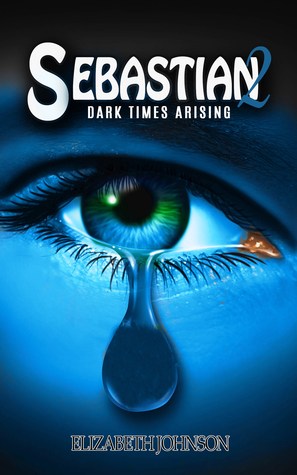 He lifted his hands to wipe the tears, and as his hands moved from her cheek to the corner of her lips, he longed to kiss her. Hanna could tell what was on his mind and for a mad second, she also wanted to kiss him; she wanted to understand why she was suddenly attracted to him. For a second they stared at each other and then their lips met and moved against each other with want. The kiss was all that Hector had dreamed that it would be; he felt alive; with his eyes closed, his head was spinning with desire, and he pulled her closer to him as if his life depended on it. For Hanna, it was nice; at first it made her stop hurting inside, but something felt wrong and different in her head; it was not like she had felt with Sebastian; then the thought of Sebastian jolted her brain and she pulled away at once. While Hanna and Sebastian embark on dealing with the pain of their separation from each other, Hanna continues to gain more enemies all hungry for her powers. With all the wars raging, Sebastian finds it hard to walk away even though Hanna made it clear she didn’t need him. But later, Hanna discovers a revelation about someone, news that may help heal their sufferings but would it be enough or is it too little too late for their love...


10 Copies available in pdf
Please post reviews on Amazon.com, Amazon UK and Goodreads
If you haven't read book 1, I will attach a brief summary so you can catch on and follow the plots on this book.
Please if you are interested let me know and I will send you a copy.
And I hope you find it a delicious treat.

Thanks David, have sent you a copy.

I would love to review, but haven't read book 1.
Please send pdf to sandrat71@outlook.com.

Happy to review for you. I prefer mobi but PDF will be ok please send to. louise.j1975@gmail.com Thanks

Thanks Louise, sorry for late response. Sent you a copy.

Thank you for sharing your book with us!