28 views
Archived Characters > Apply to be the New Saviour

((I am really tired. So I am sorry it isn't at my usual detail.))
Name: Evan (Both mine and the characters)
Role play Sample:
Evan walked the halls listening to the mindless chatter of the students. He listened to girls gossip about other students and heard boys debate about who would win the Quidditch World Cup. He walked by a group of girls in his year and heard them whisper and giggle as he walked passed and got a glance from them trying to get his attention. He was used to this by the girls he was one of the best looking boys in his year and often found the girls watching him. He ignored the looks and kept walking not exactly knowing where he was going. He had a free period and decided to go to the lake and relax. He walked down the castle steps and towards the lake.

He walked down to the lakes edge and decided to start skipping rocks, so he picked up some stones and started throwing them towards the water. He did this for about ten minutes mulling over his current problems in his head. When he got tired of skipping rocks he went to the nearest tree and sat on a low branch and looked out at the water. It was a beautiful day today with a bright sun hitting the sapphire blue water emphasizing the ripples coming from the many creatures that lived beneath the water's surface. 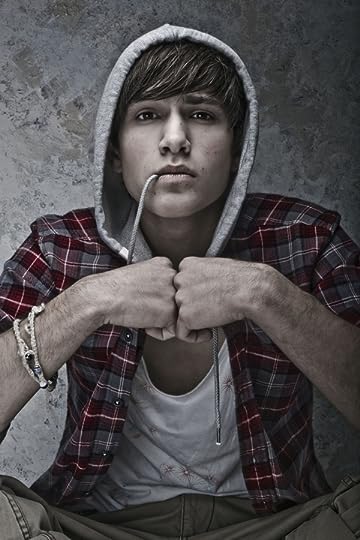 Personality:
Loyal
Evan is one of the loyalest friends you will ever make. He can always be relied on to have your back in a fight or be there for you when you are going through a rough patch. Loyalty is also one of the traits Evan looks for in his friends.

Brave
Evan is a brave person never stepping back from a challenge. He will always do something that he is dared to do no matter how dangerous. His bravery has nearly gotten him killed multiple times.

Selfless
Evan is a selfless person putting the needs of his friends and family before his own needs. He will go to any extreme necessary to save his friends often finding him in a near death experience.

Adventurous
Ever since he was a child Evan has been adventurous. He will always look for the exciting thing that he can do anything that can get his adrenaline pumping. He is a thrill seeker and seeks for excitement. He also looks to discover things that are unknown.

History:
Birth
It was a dark and foggy night when a 23 year old woman gave birth to her twin boys. She struggled to give birth to them and soon after they were born she died. Her husband was devastated at the loss of his wife and seeing the twins to blame left them at an orphanage.

Childhood
There was never many children at the orphanage but was never normal. The twins named Evan and Nathan were always around when there were abnormalities. Things would float or explode and these boys were always near. On the boys' 5th birthday they were visited by a man who claimed to be their uncle. He filled out the paper work to adopt the boys and took them to live with him in a small house in Montrose. They were raised by their uncle for the next 6 years and he taught them how to control their gifts. The boys learnt about their family and about their parents.

At Hogwarts
The boys were prepared for Hogwarts by their uncle. The day they were sorted into different houses. Evan into Gryffindor and Nathan into Slytherin. They had some skills that were uncommon even umongst wizards. They were bright students and got Outstandings in most subjects, even without putting much effort in.

I need an image or appearance description and thank you for the application. It's fine, it seems detailed enough to me :)

I'll get back to you on whether you got it or not soon :)

So Hayley what's he verdict? It has been 3 months.

You can have it as no one else has applied :)

Name: Joel Miller
RP sample:
God. How could I possibly become head boy after that! Those blasted first years. He, was bald, failing potions, and everyone was laughing at him. How could this day get worse! He sat down in his bed. He lay his head in his hands and sighed. A sudden beeping came from his smuggled phone. Joel whipped his head up and took it out of his desk and unlocked it (2145). Someone was texting him. He smiled and started responding. Maybe today wouldn't be so bad.
Age: 13
Year: 3rd
House: Slytherin
Image: 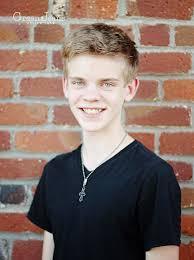 Personality: Joel is a very cunning person. He has made hogwarts into his giant puppet, and he is the puppet master. He likes to be in control. But behind all of that he is just a scared person. If you mess with him be ready for payback.
History: His mother was a wizard, but she never go contacted because she lived in the us. Once Joel got his letter, his mom thought he was making it up. Only his dad believed him. So he went to Hogwarts and was sorted. The summer after that, he meet some new people online.
((He's 1/4 of the saviors, the others are the friends he met online.))

((I was already approved as saviour))

((She said if no one else applies, unless you got a private message.))

((She actually said about a month ago "SINCE (past tense) no one else applied you can get it (present tense)" that's the reason I haven't been able to get any other positions.

can my angel be one?

Hogwarts School of Witchcraft and Wizardry-The...