Can be two teen boys? And I wanna be the Versatile one that prefers to Top.

Teen boys sounds good to me. So you want mine to be the one who prefers bottom? just so i don't confuse myself, aha

Do you have any ideas or cravings you'd like to do?

Yes. But that doesn't necessarily mean they have to be more effeminate.
-----
Possible Character Format

Sounds good to me. So, where did we want to place them at? Are they best friends? Already lovers (maybe secretly?)? Strangers?

Strangers that secretly had sex on a cruise near the end of summer, not realizing that they went to the same school. One had found feelings for the other and gave up his virginity for love. The other was known for sleeping with women and had done it with a woman for the first time.

Okie dokes, sounds good to me, who will you be playing?

Cool beans, I'll get to work on my character. I don't exactly make long characters, but I write more when actually roleplaying.

Personality: To be quite honest, no single word can describe Roman's personality. However, there are a few traits that could nicely qualify as being part of his general attitude. For starters, there's very little he'll take seriously - there's a reason he's known as the class clown. Though it gets him time in detention and scolds from the teachers and principal, it's never stopped him. Roman doesn't anger easily, pissed off would be the better term to describe his 'anger'. He doesn't fight with his fists, no, he's a vengeful little brat, much preferring to have the element of surprise on his side than charge head first. The boy likes to get around with anything with boobs and pulse, however, for a reason most people wouldn't think of. The truth is, Roman's as homosexual as he is a male, he just hides it from everyone because the thought shames him, as it would his family if ever the news were to leak out. As of result, he convinces others (and perhaps himself) that he enjoys women by sleeping with girls. Stupid, right? Well it's been working for him ever since he's started - he's got to be doing something right.

Other:
✷ Roman is never seen without this bracelet: (view spoiler)[ 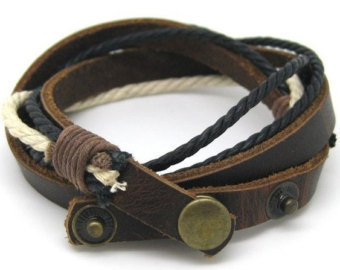 (hide spoiler)]
✷ Deathly allergic to peanuts and has a problem with pollen.
✷ He really isn't a cat person . . . they just don't seem to like him.
✷ You shall discover the rest during the roleplay ~ 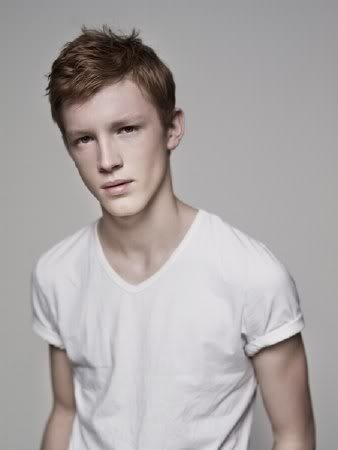 Personality:
Samuel is a very considerate person that is not easily angered. He enjoys many things that are outside of the realm of his surface-level characterization. Sam aspires to be the Renaissance man of art. He not only takes photos he creates wonderful music of all genres but also occasionally writes fiction in his composition notebooks.

To those who don’t know Sam at all, he’s just a Photographer and doesn’t have interests in anything, but pictures. He loves taking pictures of anything that catches his eye. But to Sam his photos are more than just photos. Sam’s photos are art. His photos reveal the beauty in everything and the unknown about everyone. His only issue is that the photos seem to be unable to convey the unknown parts of Sam to his friends and colleagues. He finds this bittersweet because if his friends cannot see the real him, neither will any guy that finds interest in him, whenever that'll happen.

Strengths:
↳ Social Skills
↳ Seeing the beauty in others
↳ Relatable to everyone

Weaknesses:
↳ Sharing his personal struggles with others
↳ Keeping his anger in check
↳ Has trouble with keeping his hormones in check and occasionally has to resort to the company of his hand

Family:
-Orion Coulter: Cai’s sorry excuse for a brother. Cai really shouldn’t talk bad about the dead, but his brother was the stupid popular guy with a bright future in football that fell in love with heroin and overdosed. He would have graduated from college last year.
-Adelaide Catherine: Cai’s aunt. She was an Actress, but retired after her sister died. She's also a widow.
-Clarissa Coulter: Cai’s mother. She was a photographer and painter. She died at the beginning of her critical acclaim. She was an innocent bystander in a drive-by in New York City. The beginning of this year would be the 3 years since her death. Single Mother
-Unknown Father

Other:
-Unashamed of being homosexual, but doesn't rub it in people's faces
-Romantic and romantic (there's a difference)

Aye, I like him. :] How shall we start? Should one of them be new to the school?

I think we should start at the cruise. And i think they could've always been at the same school, but it be big enough to possibly not meet someone that's in the same graduating class.

Alright. Did you want to start with the hookup? Or them meeting? x]