Personality: Quiet for a Dauntless, Caliburn likes to do things his own way while still being part of a team. He enjoys tackling new challenges and sneaking up on people.

History: Caliburn lived in Dauntless up until he spilled his blood in the coals. After making it through initiation with a fairly good score, he went on to be a guard of the Factions. When he was living in the Amity compound, he had been running away from a rabid dog, and had found a new-looking knife. It has become one of his favored weapons. Cal was never find of the cloths Amity wore. They looked stupid on him anyway, and he always admired the Dauntless for their dare-devil ways and extreme fighting skills, so he went off to join them.

Family: Asher was his father and Korel his mother. He has no siblings.

Any other information: He has a neclace like this: http://bluemorningexpressions.com/sho...

Can I have trish??

Appearance:
Personality: Brana is a friendly person. She enjoys the company of others. She can be secretive at times, but almost always. TBC

Personality: Zepho is a goofy person but has a short temper sometimes. He is often sarcastic and is easily amused.

History: Zepho's parents were cruel and strict, refusing to let him have any sort of child like things and had a specific routine for him. They never bothered to actually check in on him much though, leaving him a list of the things he was to do. Going against his parents rules, he would leave when they were gone and hang out with other children. Not liked by some for his childish personality, he easily decided he was going to enter a new faction. He did just that, leading to where he was now.

Any other information: He's bisexual, this being one of the reasons his parents were so strict. 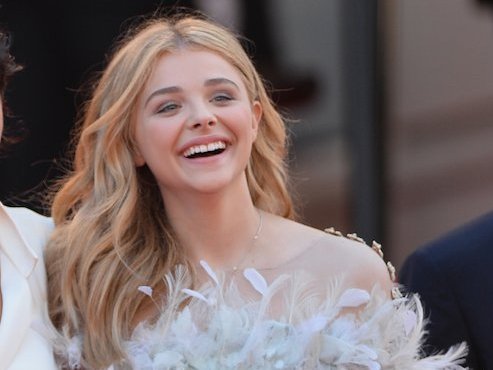 Personality: Lanie is kind, smart, brave, and loyal but she loves her friends as well. She is tough but only because she basically had to raise herself due to her parents not being around much. Lanie is outgoing once you get to know her, but at first she seems a bit shy. She loves making new friends and she would do anything to protect her friends and her faction. Lanie is athletic and protective, but she hates it when people bully her friends or anyone in her faction. She loves making sure everyone is alive and well, but her main focus is that everyone stays protected.

History: Lanie was born in Candor. Her mother, Maddison never really looked at Lanie much and her father was too busy with work. Lanie basically had to raise herself and the only person she spent all of her time around was her best friend Elissa Harvelle-Singer. When Lanie was 9, she started having a crush on her best friend's little brother Karlen. Ever since then, Lanie has made it her mission to keep everyone she knows safe even if that means breaking a few rules along the way. When Lanie turned 16, she chose to be part of the faction Dauntless. Though she and Elissa vowed to always stick together, Lanie decided that it was best if that did not happen.

Any other information: She has two best friends, one of them is Elissa Elizabeth Harvelle-Singer and she is 16 as well. Elissa was born in Candor but is now Amity. Melanie does not know her parents much because they are off always doing something so she basically had to raise herself. She is heterosexual. Anyone may make Elissa, but she has red hair. Just ask me first though. Melanie's nickname for Elissa is Liss or Lizzie.