Appearance(Please add an image and description) 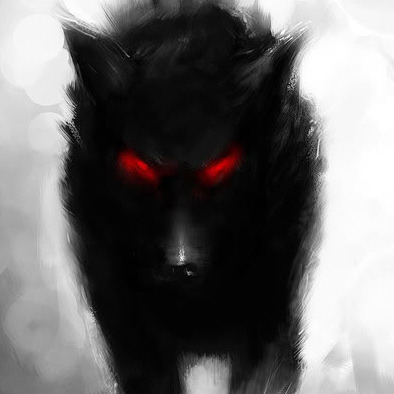 Personality(Min 3 sentences please!)
Lera is a Hellhound, and in they're culture, they are suppose to be mean. Well, there is a problem with that. Lera is probably the nicest creature you will ever meet. She is a very sweet dog and knows when things are bad or something is wrong. She will take care of you and is very loyal. She doesn't do anything bad and has a hard time doing anything bad, and feels guilty when she lyes, always coming clean. She doesn't 3't to hurt anyone and is very shy. Though when her master, Lucifer is around, she is the meanest dog ever.

History(Max 5 sentences please!)
Lera was born into a family of Hellhounds, two brothers and her parents. They thought she was going to be one of those Hellhounds who like humans and are locked up, an She was, but luckily she hid it. When she was still very young she was given to Lucifer to be raised. He raised her like normal, caring but evil. A little while after that she was found eating a Boogart, and everyone was convinced she was super evil, but she wasn't. She only attacked the Boggart Becaus it was trying to hurt one of her friends and afterwards she was lost and hungry. By the time she was found, she had already started eating the creature. Now, she obeys the rules, and test to act evil.

Powers None, but she is really strong, her body can have fire all over it, and she had scorching teeth and a tongue that burns you as she bites down.