Pedro Cruz Reyes, Jr. is a Philippine literary writer and college professor who is more popularly known as Jun Cruz Reyes. Writing mainly in Filipino,he is an award-winning author of novels, short stories, and essays and he has also worked on translations and biographies. He has also made a documentary film and is a visual artist who paints and does photography. As a painter, he has exhibited his works in 4 one-man shows. Most of his paintings and some of his original manuscripts were destroyed when his ancestral home in Hagunoy, Bulacan, was razed by fire on September 30, 2004. However one painting is reproduced on the cover of his book Ilang Taon Na Ang Problema Mo? (How Old is Your Problem?).

Reyes graduated from the Lyceum of the Philippines with a degree in BS Foreign Studies in 1969. He received his Master of Arts in Malikhaing Pagsulat from the University of the Philippines in 2000. He has been a recipient of the U.P. Creative Writing Grant.
Major influences

Reyes attributes his versatility as a writer to being a wide reader. He is influenced by reading Western, Latin, and African literary works as well as Philippine writing.

He started writing hoping he could make a difference. Embarrassed by his first attempts at love poetry in English, he burned them, an act he later regretted.

His first short story, written in Filipino, won a Palanca award in 1973. Entitled “Isang Lumang Kuwento” (An Old Story), the story was an attack on Martial Law in the Philippines, affirming that nothing new was really achieved in the supposed “New Society.”

Reyes is one of the associates of the U.P. Institute of Creative Writing. He is also a member of the faculty of the Filipino Department at the College of Arts and Letters in U.P. Diliman, where he teaches Malikhaing Pagsulat (Creative Writing) and Araling Pampanitikan (Literary Studies).

Some of his works

Some of his awards 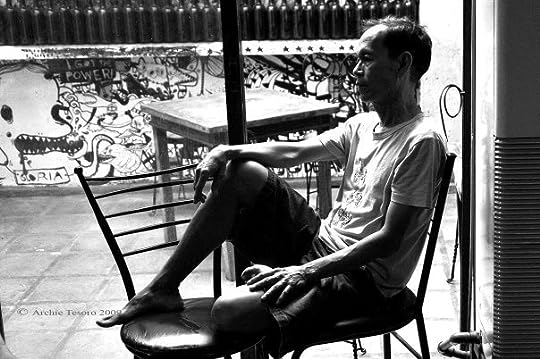 At least may sumagot sa akin.