Or the Template provided below: 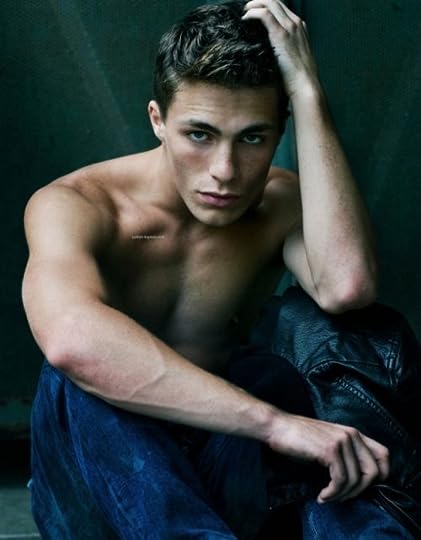 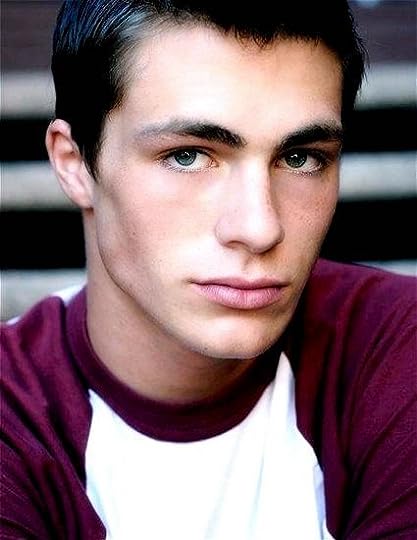 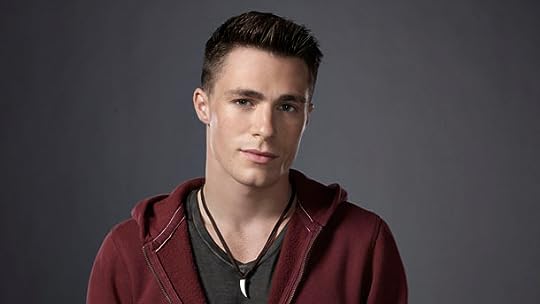 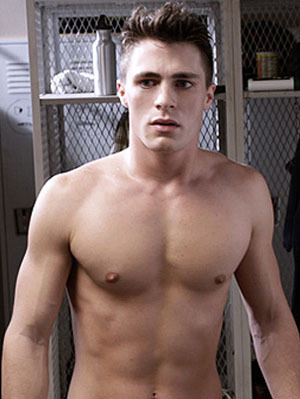 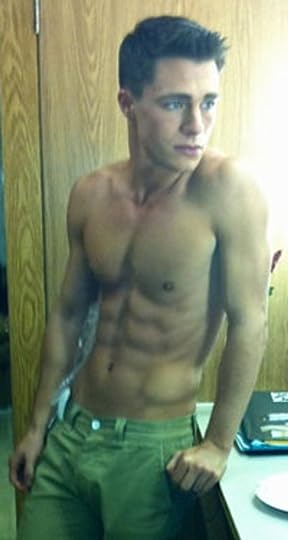 ✖ Hιsτσгψ ✖ Griffin wasn't that experienced in the world as normal people were. He had Worked as a model all his life in New York. He acted as if he was the hottest thing out there. But in reality he never kissed a girl, never had a girlfriend and never even went to the mall. When the zombie apocalypse hit, he had to adapt, he had to learned how to shoot and stay alive. Griffin still hasn't fully comprehended the method of killing zombies.

✖ Ѕτгεπɢτнs ✖
Not really sure if he has any, other than his strength.
✖ Шελκπεssεs ✖
~ Inexperienced
~ Never really did anything on his own
~ He cries a lot
~ He never had anything to fight for 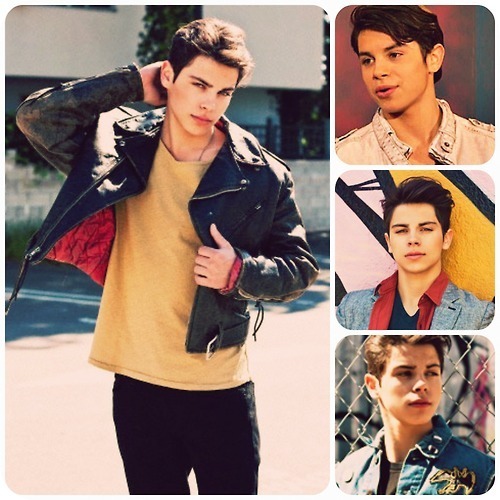 ✖ Ƥεгsσπλlιτψ ✖ Ryan at first appears to be very quiet and solemn, but it just goes to show you can't judge a book by it's cover. He is a very quick-thinking and intelligent person whose silence is usually due to the fact that he is deep in thought or analysing a situation, usually using his cunning to think of a way out. However, Ryan also has a fun side which often emerges when not faced with immediate threat. Despite every day being a fight for survival, he is still young and likes to make light of situations when he can and as such is often turned to when someone is in need of cheering up. He is a certain charisma about him that makes him likeable as well as flirtatious, although this is most often taken in humour and very rarely is serious given the circumstances.

✖ Hιsτσгψ ✖ Ryan's mother came from a life of poverty in Matamoros, Mexico, a city bordering the US State of Texas. His father lived the opposite side of the border in Brownsville and eventually saw the young Mexican woman and fell in love. He sneaked across the border and the two spent one beautiful day together, during which Ryan was conceived. The couple were once again separated but reunited at least once a month, with fate being on their side as his father was fortunately present for his birth. Eventually, their relationship was discovered by the woman's father (who, being distant from his daughter was never even aware of her pregnancy) and forbid them from seeing each other again, or he would inform the Border Control of their illegal crossing of the border. Realising she couldn't live her life in fear of her father, they fled to America where they were able to live a more comfortable life in Brownsville. Ryan was brought up knowing both aspects of his heritage, with his mother teaching him the Spanish language and customs while his father and environment raised him to be an American. Much of his life was uneventful. He became involved with the soccer, track and swim teams all the while maintaining impressive grades and showing a promising future. Naturally his parents were extremely proud, even more so when Ryan was accepted into the University of Texas Austin where he intended to major in Psychology and minor in Business.
He wasn't at college for long before the local fraternity starting making Ryan a victim. It wasn't until they began trying to eat him did he realise that they weren't pulling a prank, but were actually trying to make him a victim of the apocalypse. Grouping up with the other survivors at the University of Texas Austin, Ryan began to make his escape and hopefully reunite with his parents, the group slowly losing numbers as people were either reunited with their own loved ones or killed. He became particularly close to one person in particular, a boy around his own age named Ethan, and even began harbouring feelings for him, much to his confusion. He was confused by these feelings - he wasn't gay, why would he feel anything at all for Ethan? Due to survival being a priority, never brought it up. One day, he and Ethan were sent out on a supply run which would turn out to be their last. The Walking Dead began to pursue Ethan while he locked herself in the office of the supermarket they were looting, leaving Ryan to either leave him and take the supplies or attempt to save him and risk his own life. In the end, his close friendship with Ethan persuaded him to distract the Walkers and lead them astray, allowing Ethan to escape. It took him several hours to lose them, but when he returned he discovered he'd also lost Ethan. Among a mass of deceased bodies was a mortally wounded Ethan, lying in a pool of his own (and likely some of the Walkers' he'd killed) blood. With his last breath, he revealed to Ryan he knew how he felt and to not be afraid, using his last moments on Earth to kiss him. This only confused Ryan more, who stayed by the body in tears for hours, during which time the group, believing both of them to have died, had moved on leaving Ryan to fend for himself. Fortunately, he ran into Scarlet and her group and was soon accepted amongst them. Ever since he has been travelling with the group, believing they would raise his chances of survival rather than wondering aimlessly looking for his parents, who he had come to believe had already died, or his old group who had more than likely be long gone.

✖ Ѕτгεπɢτнs ✖
~ Coming up with plans/strategies
~ Lifting the mood
~ Physical activity, e.g. running for both long and short periods of time
~ Working in a team
~ Improvisation, e.g. using anything as a weapon, getting out of difficult situations

✖ Шελκπεssεs ✖
~ Doesn't cope well with losing people, e.g. death or betrayal
~ Long distance combat; he's much better with melee weapons
~ Perhaps too trusting in people
~ Easily feels guilty, even if not at fault

If you want My characters a leader and she's on the female thread. Her names Scarlet.

✖ Ƥεгsσπλlιτψ ✖
Alex is an all around nice guy. Kind and caring he's always around when someone needs to comforted. He also has a very dry and sarcastic sense of humor, but he never really means what he says while he jokes around. While he is no Einstein, he's pretty intelligent and can size up situations really quick and come up with a good solution.

✖ Hιsτσгψ ✖
Alex grew up in an apartment in New York City. He never knew his dad and his mom refused to ever talk about him. He had literally just moved out when the outbreak began, and has been on the move since. Alex has no clue if his mother has survived or not. 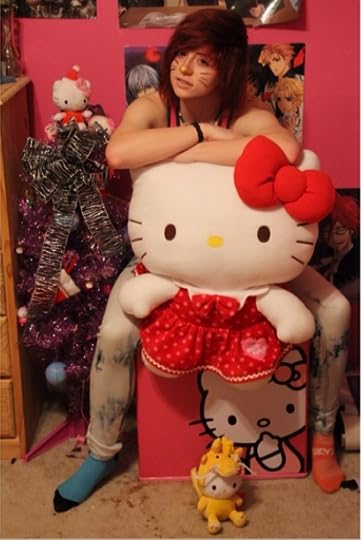 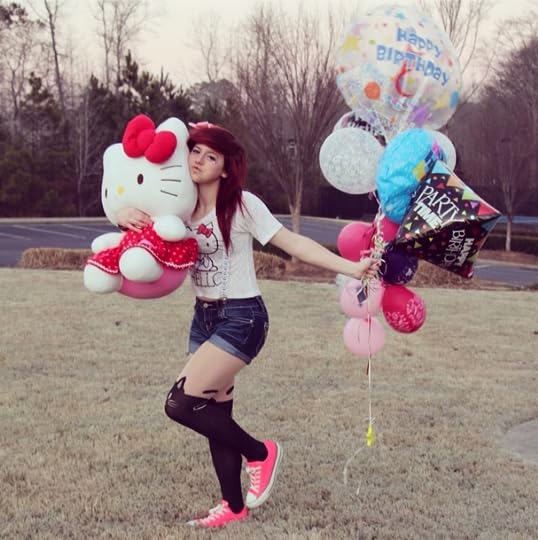 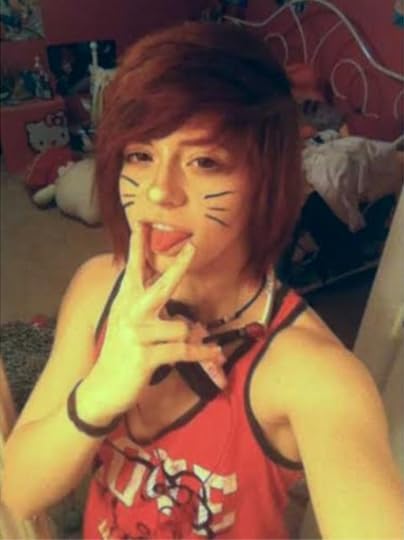 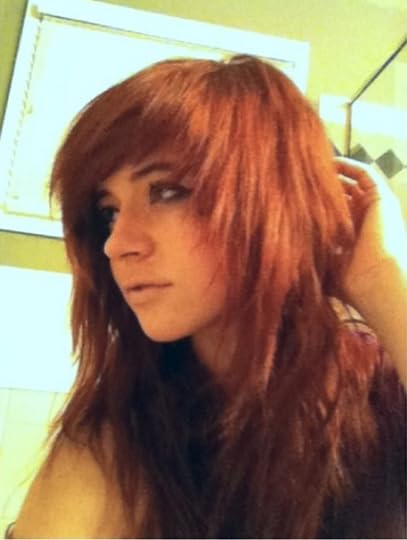 || Reserved for possible part 2. Not guaranteed. ||